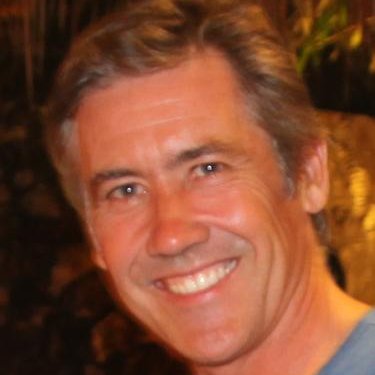 Late last week OzForex raised $439.4 million by the issue of 12 million new shares and the sale and transfer of 207.7 million existing shares. The float was heavily subscribed by institutional investors.

OzForex is an online foreign exchange and global payments provider and a strategic investment of Macquarie Bank, Accel Partners and the Carlyle Group. OzForex is part of the OzForex Group which also includes UKForex, CanadianForex, NZForex, USForex, ClearFX and Transfers.

Interestingly OzForex was started by Matthew Gilmour  ‘‘as an experiment’’ after accepting a redundancy package in 1998 while working as the head of foreign exchange at Bankers Trust .

As with most great entrepreneurs, he found a really good problem and then found a way to solve it. The problem was that in the 90s if you were a large corporate you had a dealing room and account manager to take your Forex orders.

If you were a small to medium company (which can still be pretty big in turnover) you had to stand in line at a bank and wait for someone to fill out a Telegraphic Transfer and take whatever rubbish rate they gave you on the day. So every importer and exporter in the country had this problem.

Matt worked out that if he could give an internet dealing platform to small to medium business he could make the margin on the transaction instead of the bank and solve a major pain point for the customer.

In my opinion finding a good meaty problem is the biggest challenge of launching your own startup, as I often rant too many startups are solving non problems. Find a critical burning problem and solve it. As Bill Bartee @wbartee from Blackbird Ventures and Southern Cross Venture Partners says, you want a find a problem that is like somewhat like Appendicitis, if the customer doesn’t solve it, its going to get really bad really quickly.

OzForex held off on raising venture money for a long time. In fact, only just last year it raised $70 million in equity funding from The Carlyle Group and Accel Partners (an investor in PandoDaily), which can count this as another win following eBay’s $800 million acquisition of Braintree, another of its portfolio companies, last month. The Macquarie Group was another major investor in OzForex.

OzForex is Australia’s third-biggest IPO in three years, and the largest tech IPO in the same period,according to Bloomberg. For the year ended March 31, it posted net earnings of US$16.2 million and net operating income of $49.3 million. For the fiscal year of 2013, it made $8.6 billion worth of transactions, projecting a net profit of $17.6 million dollar for the year through March 2014.

The day’s trading puts the company’s market cap somewhere in the region of $600 million. Founder Matthew Gilmour will pocket about $60 million from the sale, as will early investor Gary Lord.

The successful outing is expected to stoke confidence among Australian companies eyeing up an IPO. It may not fix the country’s venture capital woes, but it’ll at least give the country’s nascent startup community another success story to point to and with the announcement of Freelancer.com pending float makes the year look a bit more promising and will keep the advisory firms in Zenga and Ferrari’s for another year. Interestingly the Advisers to the IPO picked up about $10m in fees. Nice work.

For the last financial year, OzForex posted a net profit of $13.1 million.

The company’s prospectus forecast a stronger year in financial 2014, with profits expected to rise to $18.6 million, excluding costs of listing.


2005 – OzForex expands its operations into the UK and launches UKForex.co.uk with offices in London.


2008 – International Money Transfers, a service from Macquarie and OzForex, launches


2010 – The group receives minority growth investment from Accel Partners and The Carlyle Group. Representatives from both Accel Partners and Carlyle serve on the OzForex Board of Directors. The company’s founders and Macquarie Private Wealth, which is part of Macquarie Group, are together retaining significant ownership of OzForex, Neil Helm continues as CEO.

The OzForex website provides real-time exchange rates for dozens of currencies, as well as historical charts and strategies to manage exchange rate exposure.