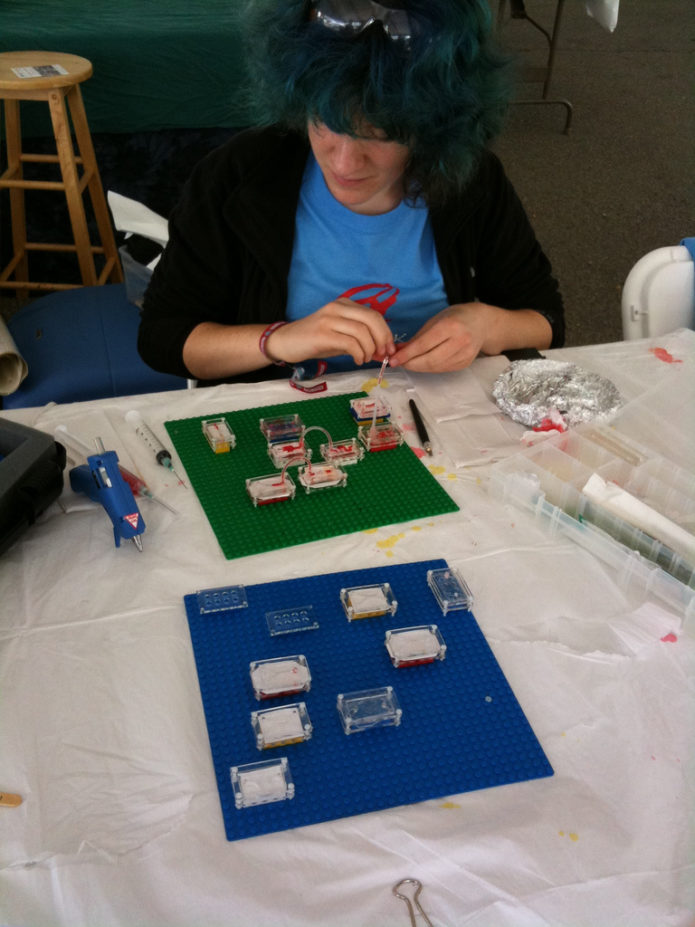 Cool, or simple and cheap? Why not both?

George M. Whitesides is Professor of Chemistry at Harvard University. He received his A.B. from Harvard and his Ph.D. from California Institute of Technology(with J. D. Roberts).

He was a faculty member of MIT from1963 to 1982 and has been at Harvard since 1982. He has been a part of the start-up team for a number of companies, and has served on advisory committees for a range of government agencies, both in the U.S. and abroad.

He has the highest H Index of any living Chemist. This journal article was originally published in the Royal Society of Chemistry Lab on a Chip Journal and is republished with the authors permission.

ED: I included this article as a wake up call to our readers in both academia and startup land to encourage them to stay focused on the problems and less focused on the technology.

Lab-on-a-chip (LoC) devices were originally conceived to be useful–that is, to solve problems. For problems in analysis or synthesis (or for other applications, such as growing cells or little animals) they would be tiny – the ‘‘microcircuits of the fluidic world.’’ They would manipulate small volumes of scarce samples, with low requirements for expensive space, reagents and waste. They would save cost and time.

They would allow parallel operation. Sensible people would flock to use such devices. Sensible and imaginative scientists have, in fact, flocked to develop such devices, or what were imagined to be such devices, but users have not yet flocked to solve problems with them. ‘‘Build it, and they will come’’ has not yet worked as a strategy in LoC technology, as it has, say, with microprocessors, organic polymers and gene sequencers. W

hy not? One answer might seem circular, but probably is not. It is that the devices that have been developed have been elegantly imagined, immensely stimulating in their requirements for new methods of fabrication, and remarkable in their demonstrations of microtechnology and fluid physics, but they have not solved problems that are otherwise insoluble.

Although they may have helped the academic scientist to produce papers, they have not yet changed the world of those with practical problems in microscale analysis or manipulation. Where is the disconnect? One underlying problem has been remarked upon by many people interested in new technology

Developers of technology, especially in universities, are often fundamentally not interested in solving real problems—they are interested in the endlessly engaging activity of building and exercising new widgets. They want technology to be technically very cool. ‘‘Simple/cheap/invisible’’ and ‘‘technically cool’’ are not exclusive categories, but they are certainly not synonymous.

There is also another problem. Since users are happy to have the technology underlying a successful solution to a problem disappear, they would prefer that solution, ideally, to appear in the form of a product so simple that the hardest part of using it is opening the box. This attitude is entirely understandable.

A cell biologist, for example, has more than enough problems to deal with simply in getting his/her cells to grow; s/he has no time to spend learning how to make and use microfluidic devices. How to go from the laboratory demonstration to the product-in-the-box is then one (or perhaps, the) question. And, in addition to users and technologists, it also involves a third party, a commercial producer of the product(any me´nage a trois is tricky to manage).

To go from a laboratory demonstration of-principle in an academic laboratory to a finished, manufactured, quality controlled, registered, distributed product is certainly more difficult and complicated than most university inventors might imagine, and much more expensive.

Here are three useful, homely, rules of thumb to remember in developing products.

The issue determining the potential utility of LoC technology is certainly not a shortage of important problems to be solved. But, for efficiency, a new technology intended to solve a problem should probably start with that problem, rather than random invention of new technologies. And although there are serious problems to be solved, these problems usually do not lend themselves to simple technical descriptions: instead, they have components that range from science and technology to cost of capital and market access and politics. Just understanding what the problem is is already a challenge. Here are two examples of important problems whose solutions will probably involve microfluidics, but with hints of some of the other issues that make them so complicated.

The pharmaceutical industry is in a state of technical crisis. It has become so difficult and so expensive to develop successful new drugs that research has become almost unaffordable. An important, unsolved problem—albeit one that is only a small part of a much larger set of problems—is that of developing microsystems—probably using scarce, primary, human cells—that make it possible to predict the influence of a new drug candidate on humans (rather than on mice, dogs, and other non-human animal models of humans).

This problem, when translated into the language of the LoC community, is sometimes expansively and optimistically called the ‘‘human on a chip’’ problem. The microfluidic part of this problem—replicating the environment of tissues and the circulatory system in ways appropriate for drug testing— is difficult enough, but the real technical difficulties lie in the biology (cells, tissues, organs, and communications among them), in physiology, in clinical trials, in cost and throughput, in regulatory affairs, and so on.

The pharmaceutical scientists, quite understandably, have zero interest in microfluidic technology per se: they are struggling with idiosyncratic liver toxicity and prolonged QT interval and FDA obduracy. A useful LoC technology must, thus, somehow be focused on their problem (even though they may not even know it is their problem), and the technical difficulties in any solution must disappear for them.

Diagnostics for the developing world

Technology for the poor (and for many point of care applications, and for agricultural and environmental applications) must be as inexpensive and transparently simple to use as possible. Making tests that are very inexpensive, however, poses a conundrum in a largely capitalist world; if they are very inexpensive, who will pay for them? And if they are very simple, what journal will publish their descriptions? Universities are also endlessly snobbish about research whose objective is to develop tools that are (among their other attributes)cheap and practical.

So, if neither companies nor universities will work on them..…?

’If there are many unsolved problems that might benefit from the sorts of technology a LoC system could provide, how, then, does one bridge the gap between technical successes in academic laboratories, and successes as products that solve problems for users? There are a number of non-technical issues to consider, including incentives, skills, novelty, money, prejudice, fashion, familiarity, and so on. Consider the problem of converting inventions to products from the vantage of the three partners in the me´nage, along with a few examples that each would regard as successes.

Users are the essential link that connects innovations to products. What do users value? The 96-well plate and the glucometer—both exceptionally successful solutions to problems—provide examples.

The 96-well plate and pipette 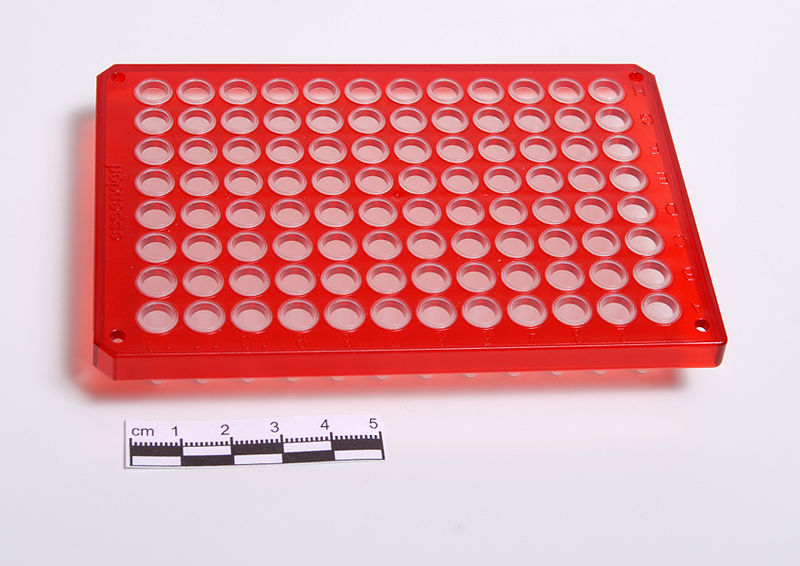 The combination of 96-well plate and pipette is fundamentally nothing more than an array of small beakers with a device for dispensing fluids into them. Both beakers and pipettes are excruciatingly familiar; they have been a part of chemistry for 200 years. A 96-well plate is, however, remarkably simple and inexpensive for what it does, and astonishingly versatile in the range of applications to which it can be put. For example, it enables technicians, with almost no knowledge of analytical methods, to carry out sophisticated manipulations, such as serial dilutions, using very small quantities of reagents.

I doubt, however, that a paper on the invention of multiwell plates would have made much of an academic impression. 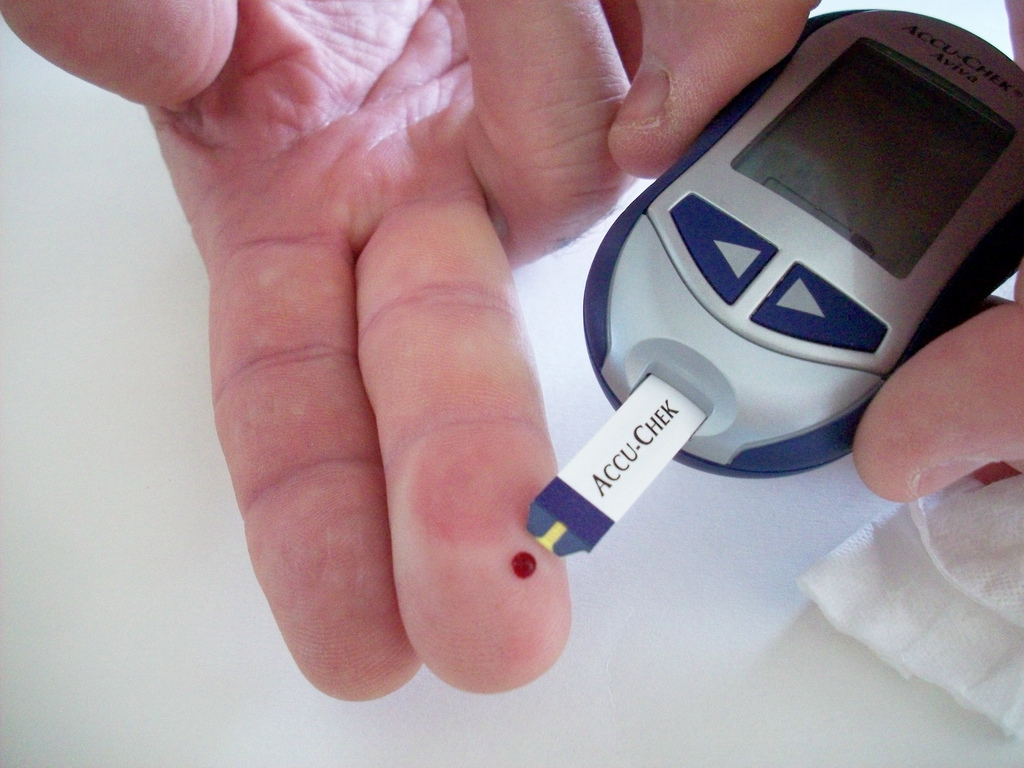 Glucometers are arguably one of the most successful products of microfluidics (although their developers did not describe the field of analytical chemistry, in which they worked, by that name). A glucometer takes a 50-microliter volume of blood from a finger prick, transports it by passive, capillary wicking to an electrochemical analyzer, and performs a very sophisticated combination of enzymology and electrochemistry on it to measure blood glucose.

It is certainly one of the most successful products generated for biomedical microanalysis, at least in part because it is engineered to be transparently simple from the vantage of the diabetic user: ‘‘prick’’, ‘‘apply’’, ‘‘read.’ Its extraordinary value comes—not from the demonstration of a new principle of the type that makes tenure committees quiver with delight and envy—but from the fact that it solves—practically and economically—a real problem for a very large number of technically illiterate users.

Universities have, over the 20–30 years in which the field of LoC technology has existed, been the major source of new ideas for it. This area has been an enormous academic success. It has attracted excellent scientists from abroad range of fields and has generated a substantial range of new technologies. Two of these technologies illustrate the problems with science/technology-driven invention.

These systems—combining micro-fabrication in polymers, fluid physics and bio-analysis—were the first enthusiasm of the academic LoC community. They have stimulated a wealth of excellent research. Remarkably, although there are hosts of interesting prototypes, there are still no large-scale applications that require these types of microfluidic systems—either simple or complex—in numbers that would justify the kind of cost, and produce the kind of quality, that one finds in 96-well plates and glucometers.

Why? The answer to this question is not entirely clear, but it maybe, at least in part, that the capabilities brought by these devices are, so far, improvements on what can be done otherwise, but do not provide something fundamentally different. The large scale development of a successful technology requires either much more capability than the familiar, existing technology, or much lower cost, or both.

This area, by contrast, offers something potentially quite new. Analytical systems that take macroscopic samples and divide them—practically and rapidly—into millions of microscopic samples using droplet generators (in a sense, operations analogous to a 96-well plate, but in scales and frequencies larger and faster by 1000–100 000), can provide new capabilities in manipulation of single molecules, and in the ability to read out analyses in terms of binary color changes in droplets.

Here, LoC technology brings capabilities that have not previously existed. Whether they are sufficiently new, simple, and useful to stimulate commercial development remains to be seen, but they do offer something that other technologies do not.

The manufacturers of a putative product—the third party in the me´nage—are usually agnostic about its paternity: problem ‘‘pull’’ or technology ‘‘push’’ are equally satisfactory. It must, however, meet financial criteria that justify the generally large expenses required to begin to make, distribute, and sell a product and especially a new type of product.

So, can users, technologists, and manufacturers work together with some efficiency to solve important problems, generate new technology, develop new science, and make money? Why not? But the responsibility for doing so probably lies more with the scientists/technologists than with their two partners in this enterprise. Putting ‘‘simplicity’’, ‘‘affordability,’’ and ‘‘utility’’ on a par with ‘‘first,’’ ‘‘highest performance,’’ ‘‘highly cited,’’ and ‘‘fashionable’’ will require a shift in academic culture (although certainly not an impossible one).

And by the way: it’s relatively easy to produce interesting and publishable papers, but much more challenging to develop something that actually works and solves a real-world problem.

It’s also difficult to get the peer review system to pay for it. Despite these challenges, solving practical problems is as much fun as understanding abstract ones. Creative science and creative application are both good. So perhaps a project, product, and career should include both?