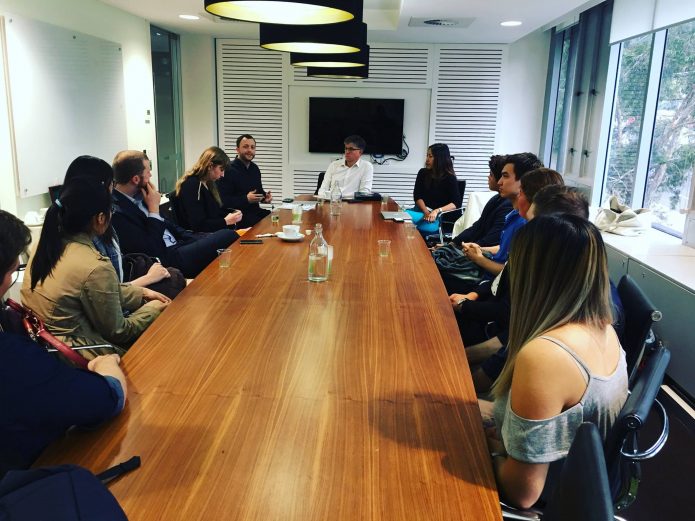 This week 21 applicants from a pool of 50 attendees of last months Innovation Dojo program Info Evening last month were confirmed a place in the program which will see them form new startup teams during an intense 9-day bootcamp hosted by Haymarket HQ, Sydneys Asia-focused co-working space who have partnered with the program. The group is diverse, and unlike many similar programs that attempt to form teams with the Silicon Valley derived formula of “hipster (designer), hacker (computer science engineer) and hustler (marketing and sales front person)”, Innovation Dojo introduces a new element to each team in the form of someone with strong foreign language skills and cross-cultural business understanding. Co-founder of the program, Kaoru Nishinakagawa explained, “Most in our ecosystem agree that Australian startups need to attempt to scale into global markets but no programs are tackling this by building international capability and know-how into the DNA of new startup teams – we believe this is what will set the Dojo teams apart from the average early stage startup”.

“I have been involved with many entrepreneurship programs in the last 4 or 5 years and they often attract top talent, but I can honestly say I’ve never been this excited with the number of participants we have with real startup and business experience – and there are going to be bilingual people in every team”, said Joshua Flannery, another co-founder of Innovation Dojo and manager of the suite of startup programmes at UNSW. Flannery noted several examples of talented participants including co-founder of Sunapse and Pearcy ICT Pitch winner Luke Marshall, Queenie Liu, who has successfully raised $500k for her previous startup Ostone and Japanese-Australians Seiya Takeda from food startup Caitre’d and Tom Terado who has become known for growing a Facebook page to 50,000 likes in 4 days and consulting on using Snapchat for business.

Second from left: Innovation Dojo participant Kayla Medica is bilingual in Japanese and runs a successful cross-cultural consulting business and is hoping to build a more scalable startup during the program

The Innovation Dojo team already have their first international customers secured too with prestigious science and engineering university, Tokyo Institute of Technology confirmed to be sending a small cohort of participants to Sydney to participate alongside their future Australian team mates in early December. Tickets to Japan are up for grabs for the winners of the program, and a curated tour of Tokyo and Osaka based startup ecosystems with introductions to potential partners and future customers and investors are all on the table for the best of the Dojo teams. UNSW Innovations, Austrade, Osaka Innovation Hub, Intralink, doq and Haymarket HQ are among the organisations supporting the program.