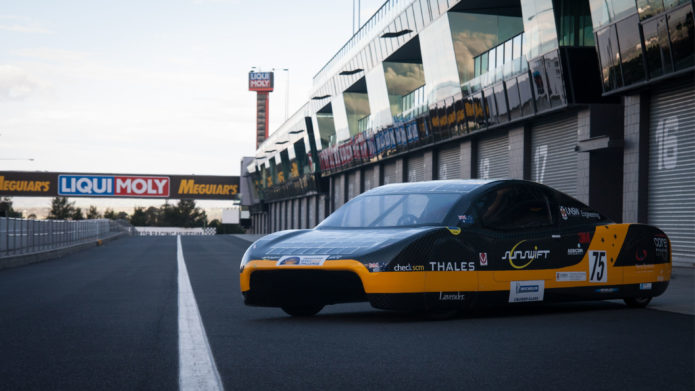 A team of UNSW students has broken a 26-year-old world speed record, potentially establishing their Sunswift car as the fastest electric vehicle over a distance of 500 kilometres, on a single battery charge.

The world record was broken last week by the team at a racetrack in Geelong, Victoria.

The car achieved an average speed of more than 100 km/h during the attempt, bettering the previous world record of 73km/h.

However, no definitive numbers can be issued until the record is officially approved by the Fédération Internationale de l’Automobile (FIA), world motorsport’s governing body.

“This record was about establishing a whole new level of single-charge travel for high-speed electric vehicles, which we hope will revolutionise the electric car industry,” said jubilant project director and third-year engineering student Hayden Smith.

One of the professional drivers involved in the world record attempt, Garth Walden, said: “As a racing driver you always want to be on the podium and it’s not everyday you get to break a world record. I really enjoyed hanging out with the team and being part of history.”

The students are from UNSW’s Sunswift, Australia’s top solar car racing team. Their vehicle eVe is the fifth to be built and raced since the team was founded in 1996. 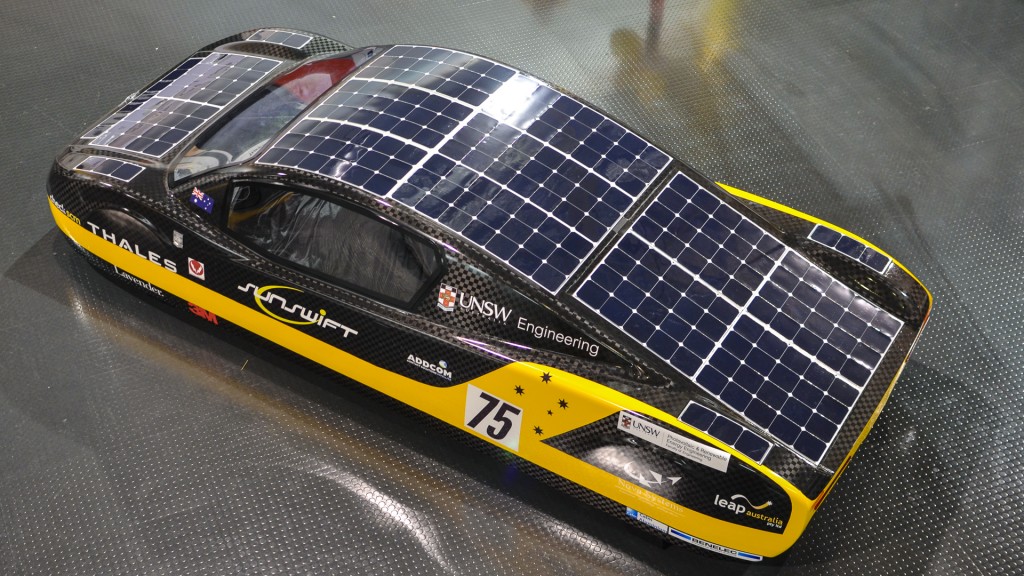 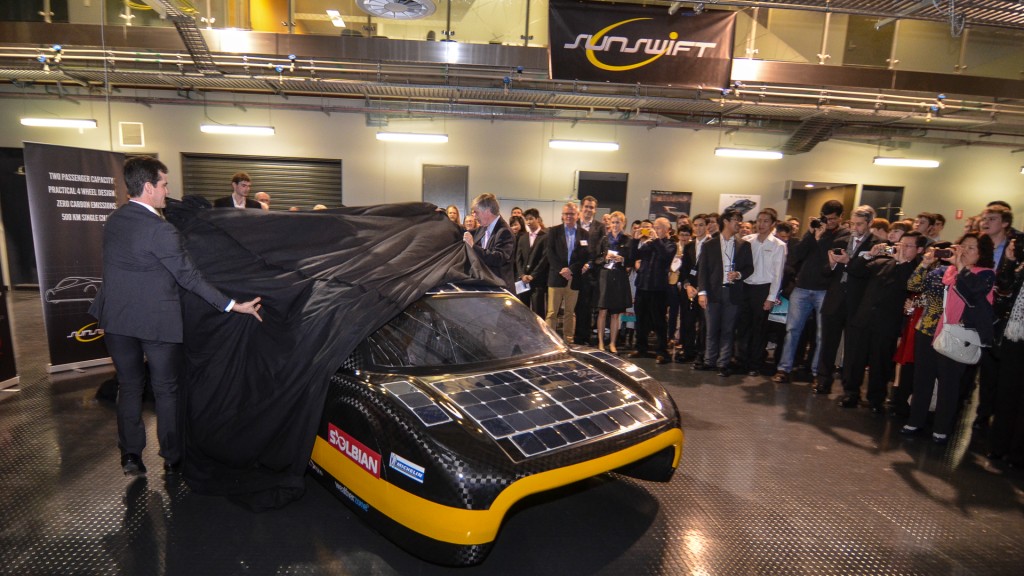 The team hopes the car’s performance today proves it is ready for day-to-day practical use.

“Five hundred kilometres is pretty much as far as a normal person would want to drive in a single day,” Smith said. “It’s another demonstration that one day you could be driving our car.”

No secret has been made of Sunswift’s long-term goals for the car. They expect it to meet Australian road registration requirements within as little as one year, and have previously said its zero-emission solar and battery storage systems make it “a symbol for a new era of sustainable driving”.

The current car uses solar panels on the roof and hood to charge a 60kg battery. However, the panels were switched off during today’s world-record attempt, leaving the car to run solely on the battery charge.

The vehicle was put to the test on a 4.2 kilometre circular track at the Australian Automotive Research Centre, located about 50 kilometres outside Geelong, Victoria.

Almost a quarter of the Sunswift team – which comprises 60 undergraduate students – made the trip to Victoria to support the world-record attempt.

Students are drawn from across all engineering disciplines. The team has also enlisted industrial designers from UNSW Built Environment to rework the car’s interiors in preparation for the application for road-legal status. 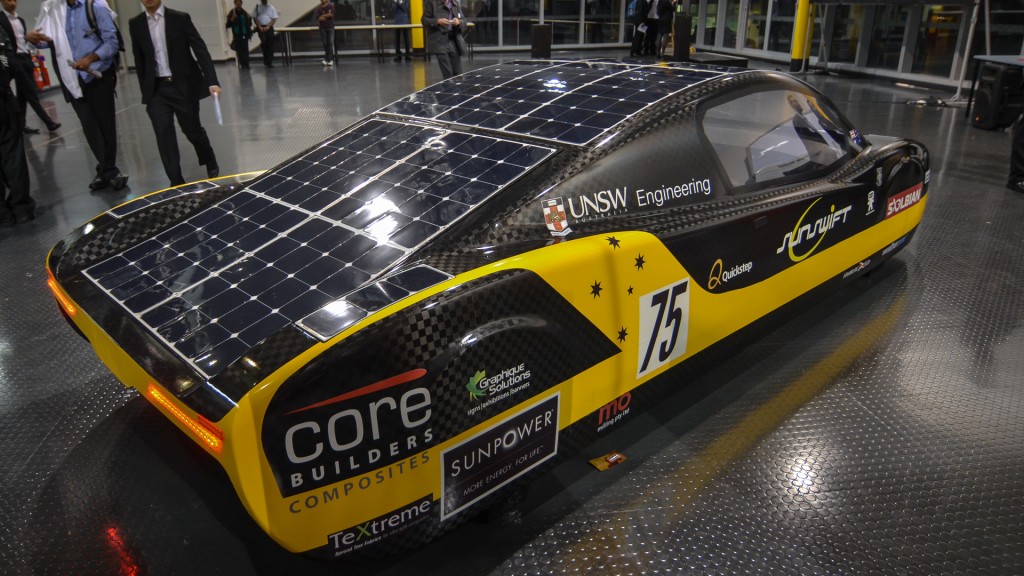 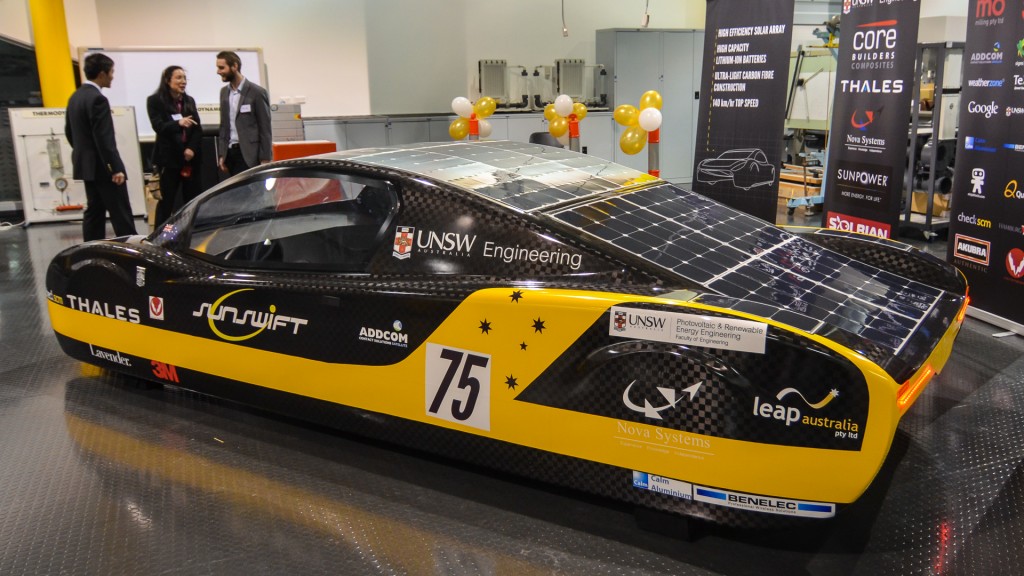 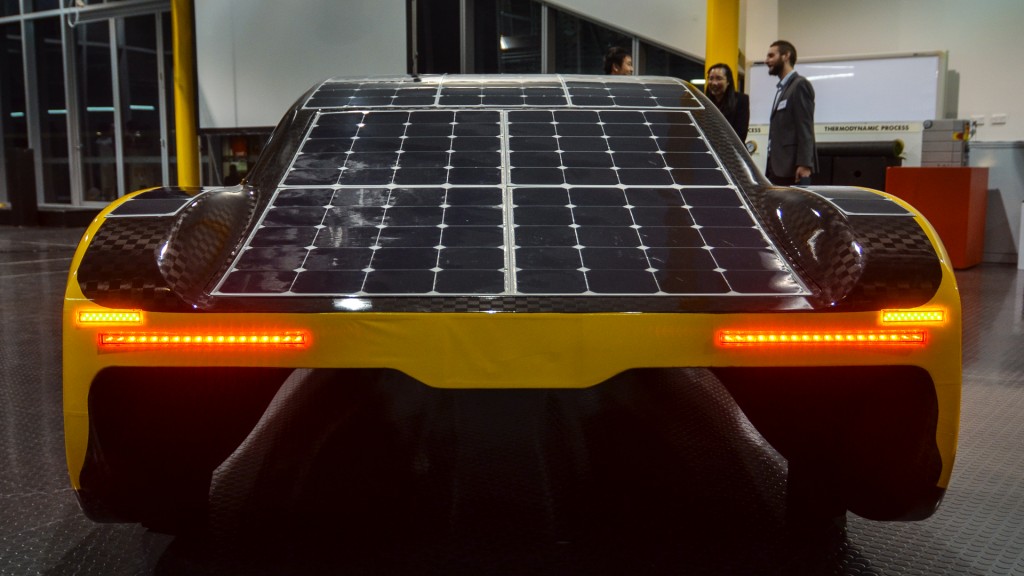 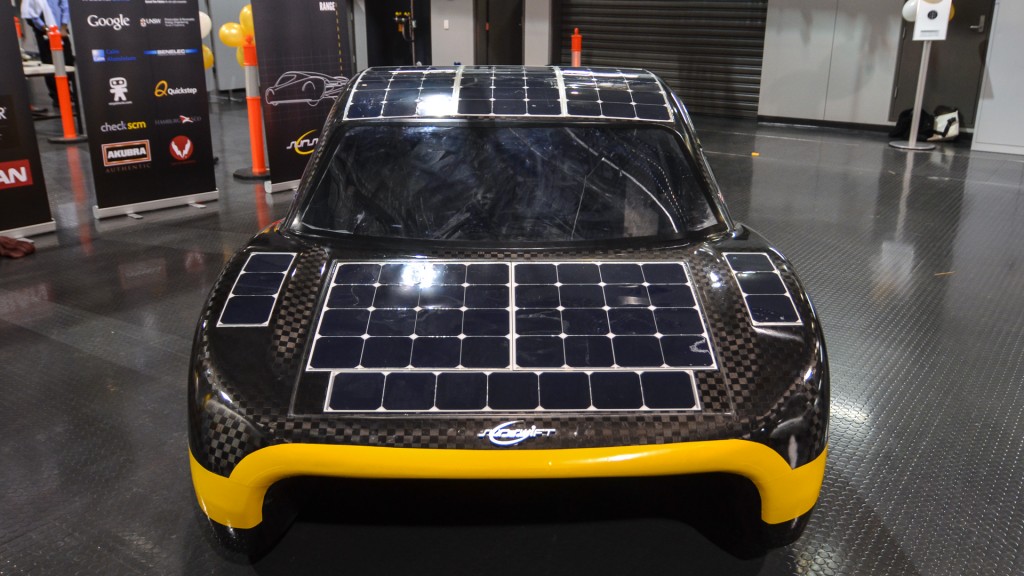 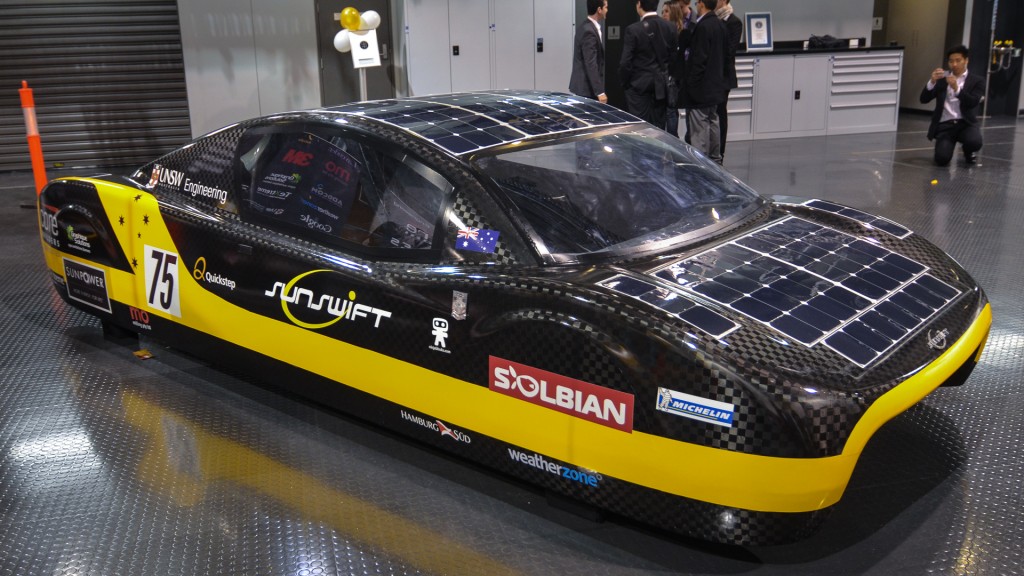 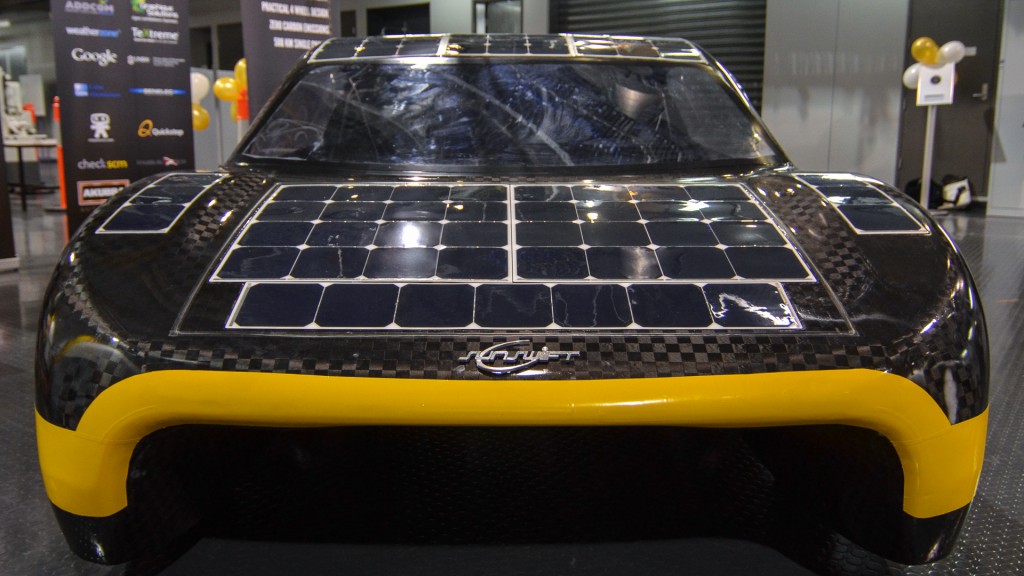