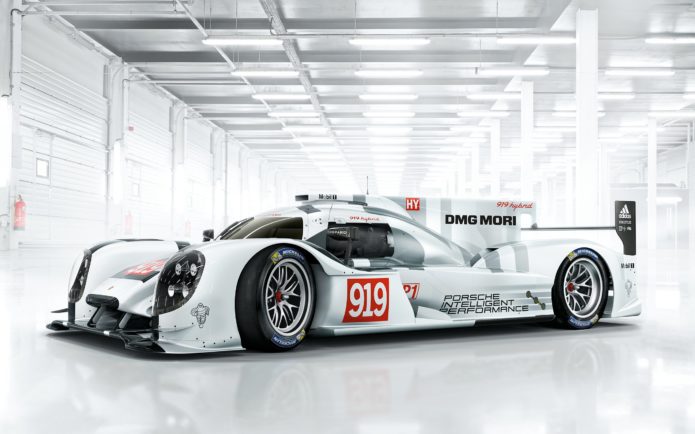 Hackers and makers (over 200 of them on this project) who work at Porsche building experimental high tech cars with highly experimental engines and drive trains and instead of having them try to get 1000 miles on a cup of fuel like most other hybrid car makers, these guys are racing them at the very physical limits of automotive technology at speeds in excess of 300kmph. 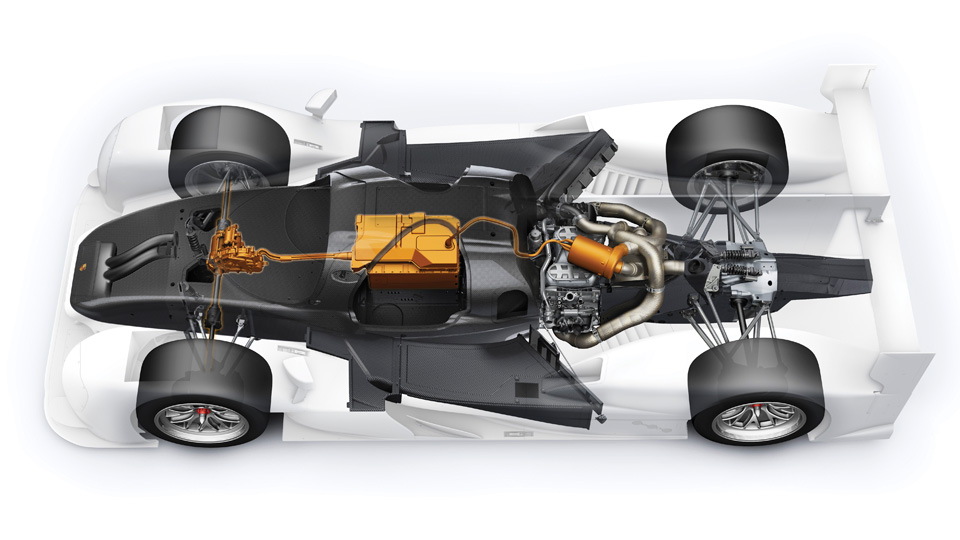 There have been some fascinating technology developments going on in high-end endurance racing, with a lot of investment in race car engineering and purpose-built cars being designed from the ground up with large budgets and teams to compete in what is called the “Le Mans Prototype” (LMP1) class. 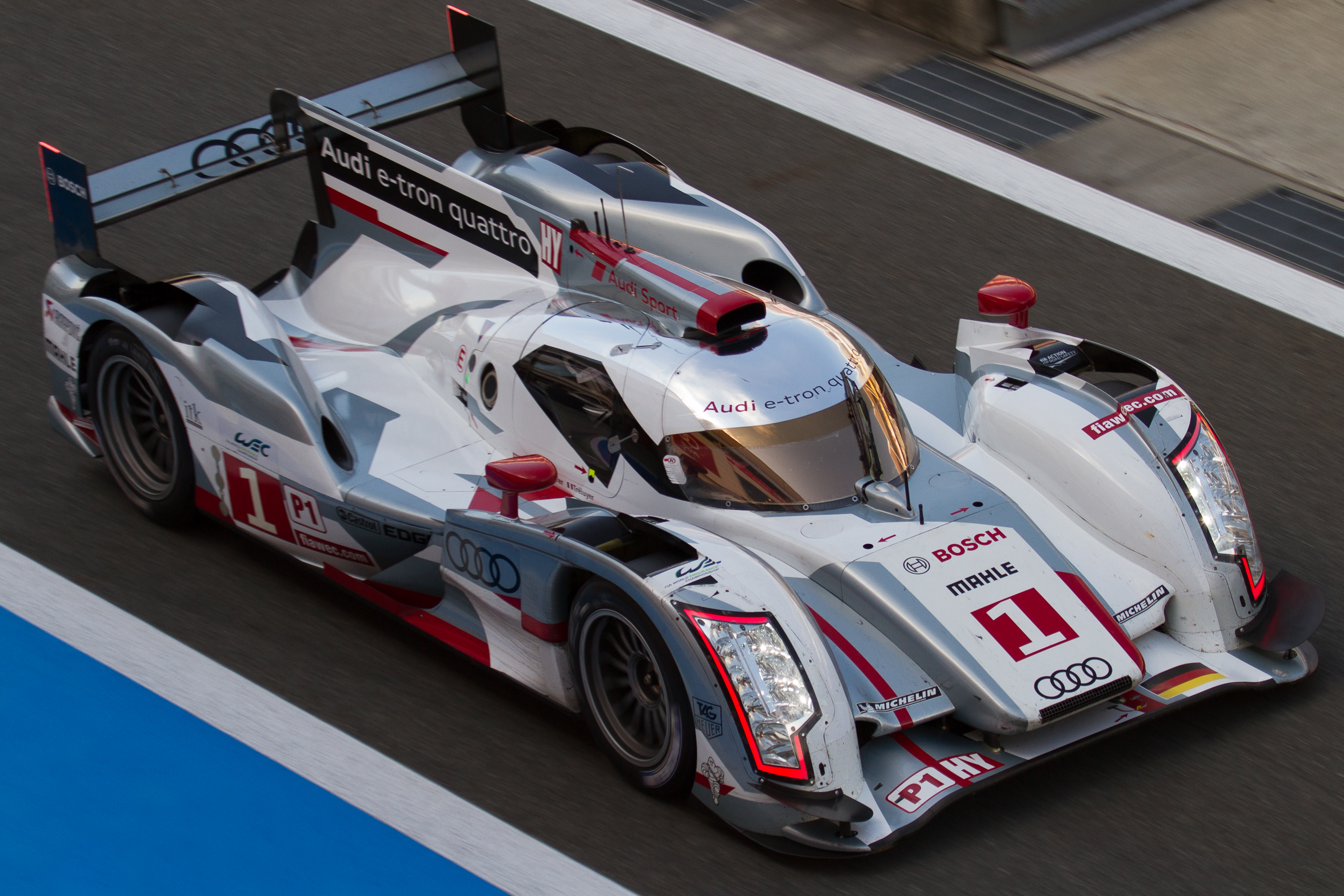 Although Audi has been the dominant player for many years in this series (for 2014 their entrant is called the “R18 E-tron Quattro”), for 2014 Porsche has entered the fray with a significant development effort resulting in a race car they are calling the 919 Hybrid.

The new Porsche 919 Hybrid uses a 2 liter Turbo V4 that produces over 500hp (372kw) and uses a KERS (Kinetic Engine Recovery System) to provide both battery powered drive and regenerative breaking to the front wheels. 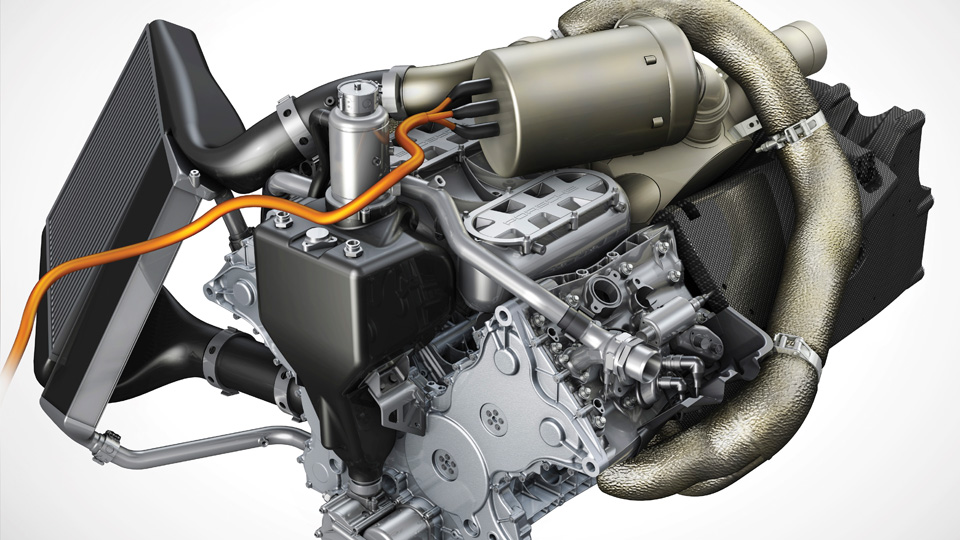 The recuperation of kinetic braking energy at the front axle has great potential with the axle load being dynamically shifted to the front when you brake, so a system that exploits this was a logical step,” explains Alexander Hitzinger. “In favour of this solution we gave up a KERS on the rear axle. If you start with a naturally aspirated engine, KERS is the only option you have. But using turbo charging gave us another option, which is why we opted for using the energy from exhaust gases from the turbo charger.”

The complex hybrid system in the new Le Mans prototype with its highly innovative recuperation of thermodynamic energy from exhaust gases is unique in the WEC.

This principle basically uses an extra turbine generator unit instead of what is called the wastegate. This valve normally allows excess energy from exhaust gasses that are not required to drive the compressor to escape into the atmosphere.

Porsche utilises this excess energy from exhaust gases: it drives a second turbine, which in turn drives a generator that generates electrical energy. The new technology recuperates energy that has always been lost in other systems. This use of energy from exhaust gases makes the Porsche 919 Hybrid the only car in the field that recuperates energy not only when it brakes but also when it accelerates. Both systems direct kinetic and thermal energy converted into electrical energy back to a liquid cooled lithium ion battery. Given these cars spend so much time at the upper end of the rev range, the turbos would be constantly engaged and providing maximum benefit. 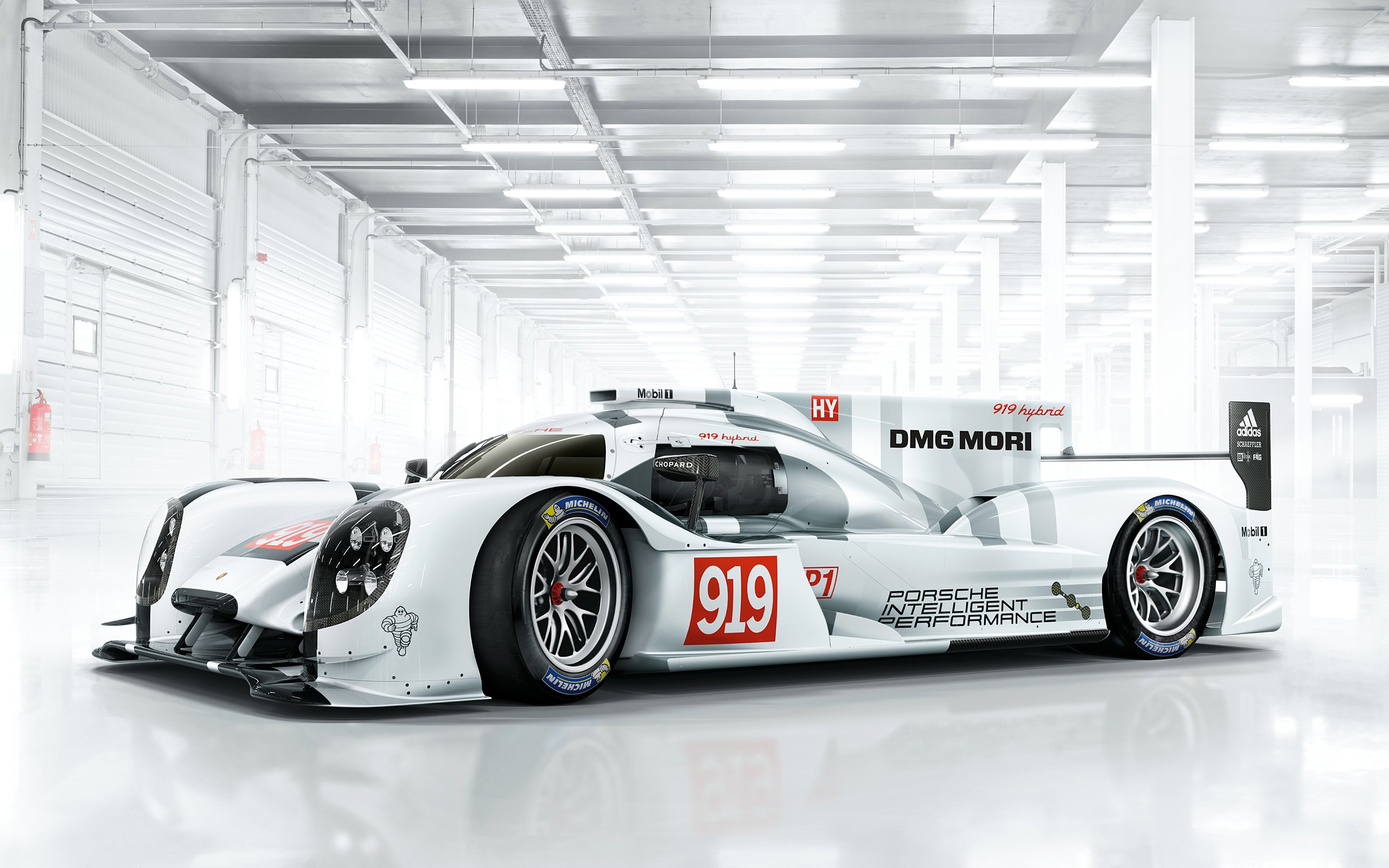 Porsche has also made its own way in its method of storing electrical energy. Here the same premise was applied, so, instead of drawing on less effective but readily available systems, Porsche decided to exploit promising technologies and in this case liquid cooled lithium ion batteries. “Developed in cooperation with Porsche Engineering,” stresses Hitzinger, “so this knowhow benefits future hybrid vehicles.” Hitzinger also looked into flywheel storage and supercapacitors, so called ultracaps, but found lithium ion batteries to be the best compromise. “But only if,” he adds, “the right cell technology is available to provide a very high power density with relatively high storage capacity.” To achieve this Porsche puts its faith in battery cells from its partner A123 Systems.

The approach the LMP1 constructor has used for the combustion engine is just as unique. The newly developed V4 turbo with two litre engine displacement and direct injection – a system that is atypical for Porsche – is a pioneering example of downsizing. The four-valve engine represents the ideal combination of low weight and compact size with structural rigidity and high power output. Since Porsche is starting in the 6-MJ class with the 919 Hybrid, the rules allow the petrol engine with over 500 hp a consumption of only 4.78 litres per lap in Le Mans. The more powerful the recuperation system, the less fuel may be burnt. Although the driving performance is the same, the permissible amount of energy is 30 per cent lower than last year.

All that aside I just thought you would like the photos :). 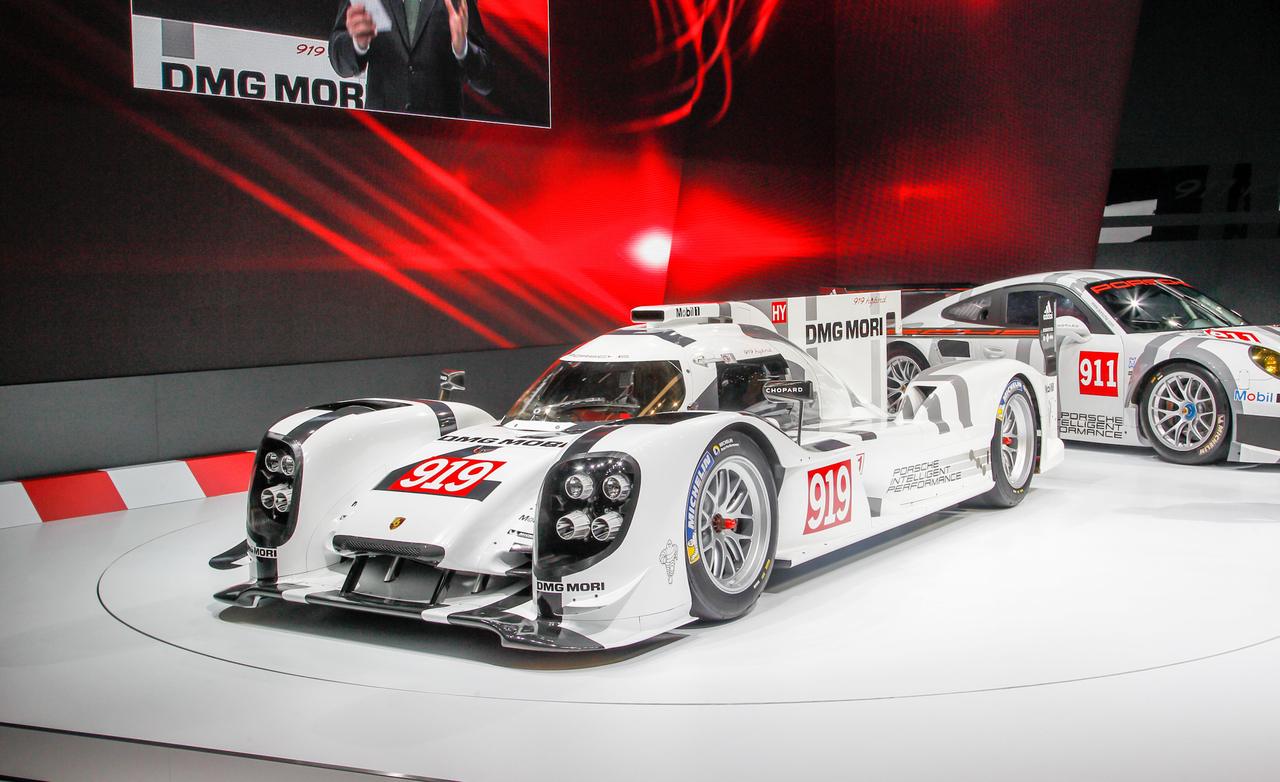 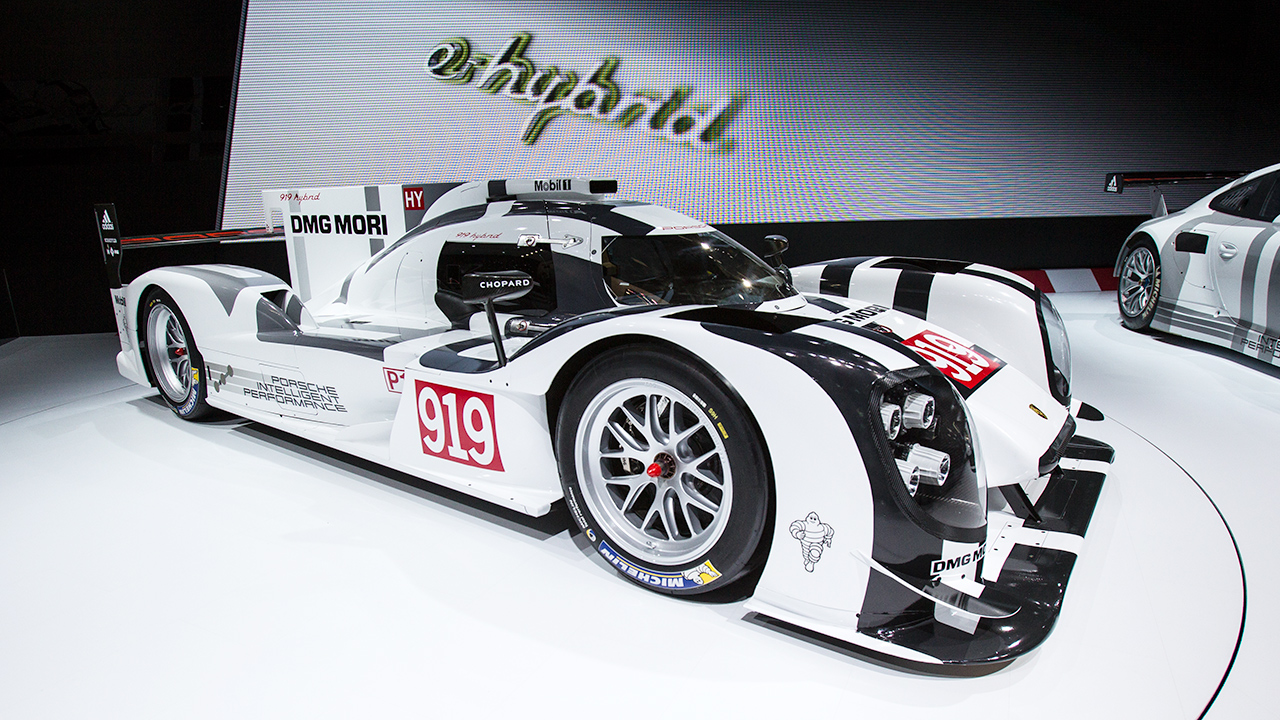 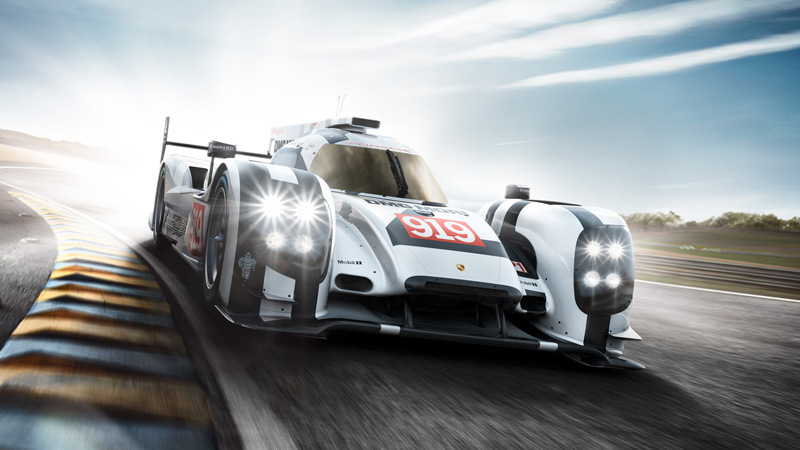 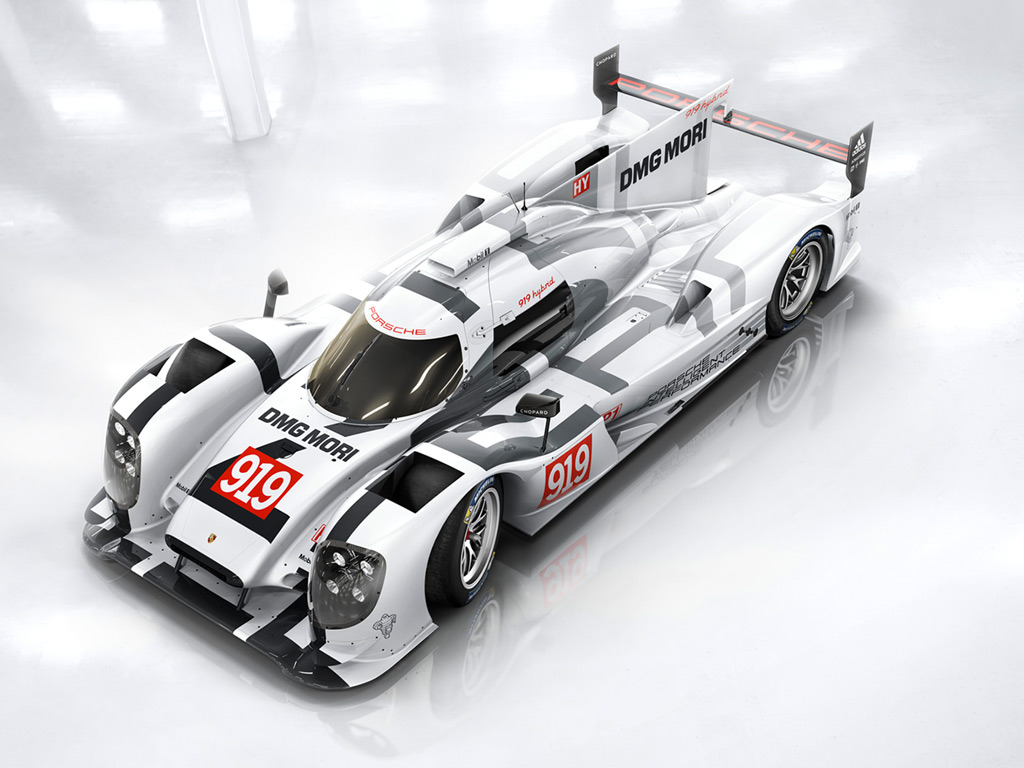 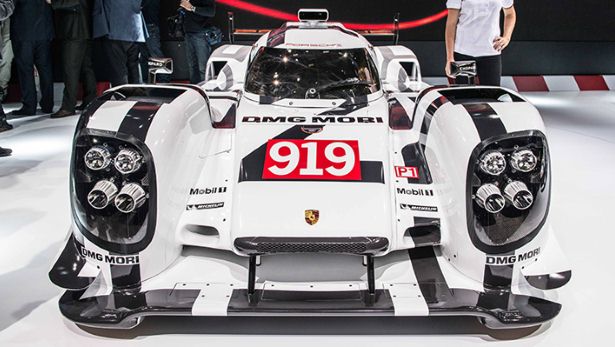