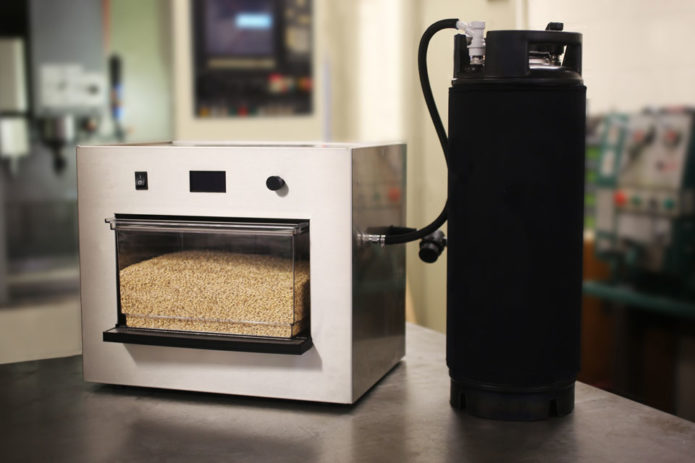 Because its the weekend and I’m about to bottle a batch of my special Freemans Reach Euro Lager and just purchased a batch of Mangrove Jacks Pilsner & Chocolate Brown Ale to kick off this afternoon I started thinking about Home Brew Tech Projects.

Brewing your own beer is one of the great “Maker” things you can do, it is a hobby that has a lot of room for experimentation and getting what you like (hopefully).

Beginners don’t need to make a large investment, you can get started with a $30-50 for the fermenter, $10-20 for a can of Wort (beer makings) and some dextrose. Get a bunch of bottles and you are in business. Its pretty cheap compared to commercial beer but that’s not why its special.

As you start to get more experienced you can start adding hops to the kits (actually you should do this straight away it will make the biggest difference in your beer) and buying special yeasts for particular types of beer, then when you really get keen and assuming you can get some space in your kitchen you start buying raw grain, hops and brewing from scratch.

Once you start to have a bit of success its actually hard to go back to commercial bottled beer. It tastes a bit plain and lacks character.

There is also serious money in Beer Startups, some of these guys raised $500k+ in their Kickstarter projects.

Three years ago, brothers Bill and Jim Mitchell’s frustrations with homebrewing prompted the duo to look to create an entirely new brewing process. 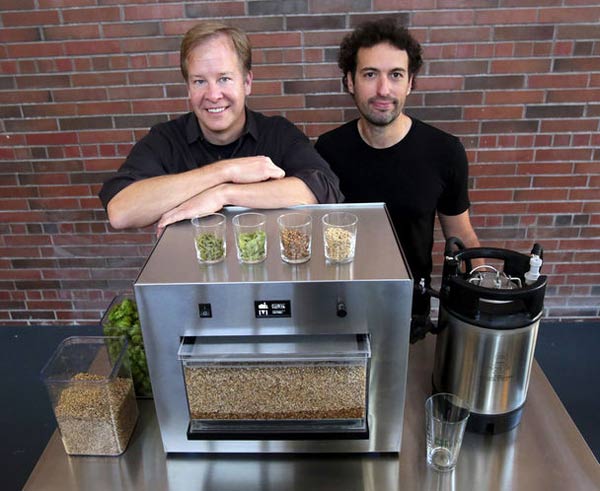 Jim, a food chemist & physicist, desired to incorporate more science and engineering to the process of beer brewing on a small scale. Bill, having been building software, boards, and appliances for decades, knew a precise, brewing instrument was possible. The two joined forces with engineer Avi Geiger in 2010 and PicoBrew was born. A few years (and many pints of beer) later, a whole new category of kitchen equipment was invented: the beer brewing appliance.

Now with a team of 6 full-time employees and 14 beer fanatic college interns, we allow people to make their own great tasting, custom-brewed, high-quality craft beer at home.

The PicoBrew Zymatic® improves the precision, repeatability, and overall quality of the beer-brewing experience. The process of homebrewing, now simplified and automated, allows anyone to brew craft beer in the comfort of their own kitchen.

You can pre-order these for $1600 at Picobrew

OpenBrew was founded by Nick and Jake, two avid homebrewers. They sought out to make a great set of tools for aiding in the development and sharing of homebrew recipes. The people aspect of homebrewing is important and we know that the brewing culture in the United States is changing. Our goal is to be a part of that change and help make homebrewing even more accessible to new brewers. We strive to make our set of tools as easy to use as going to your local brewer supply shop and buying a recipe kit.

Openbrew is currently in closed beta but will be opening up to everyone shortly, you can apply for a invitation at their site.

BrewNannyTM monitors your fermentation rate, temperature and even the light level inside your brew. This information is used to watch for  conditions that can threaten the quality of your beer and the minute something doesn’t look just right BrewNanny lets you know.
After a launching a crowdfunding campaign they are completely sold out of units and are not expecting more stock until October 2014. 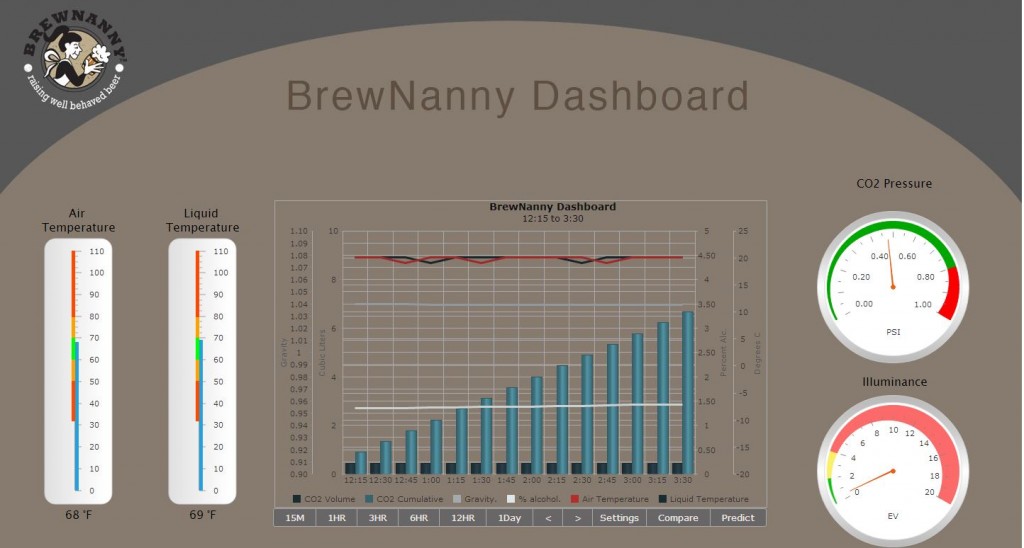 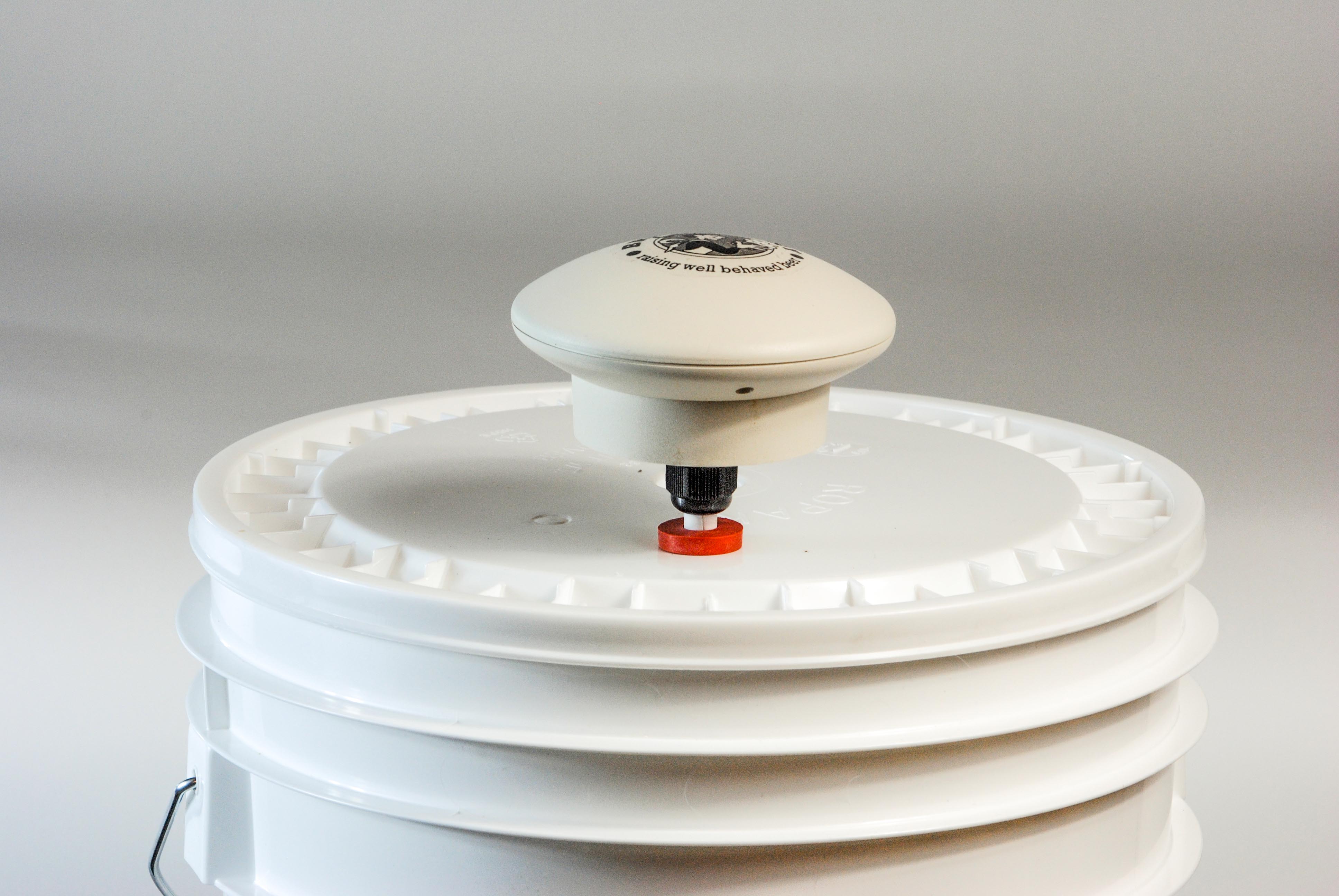 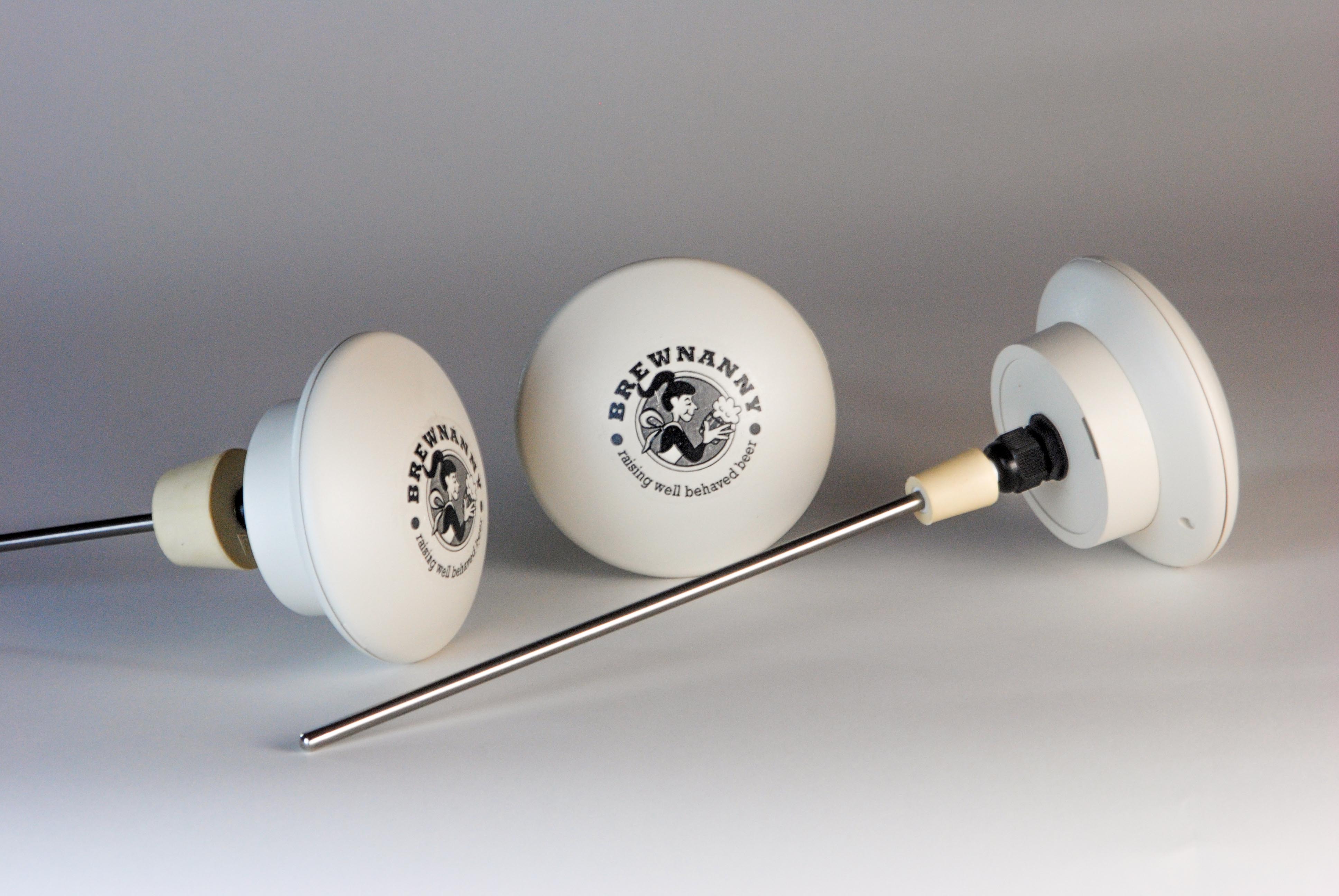 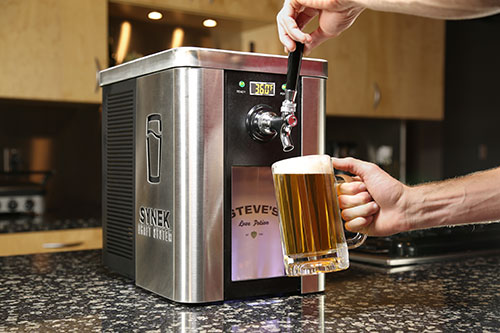 If you are brewing beer, the biggest pain is to bottle it. Cleaning and Sterilising the bottles is the most tedious part.  It is also the most un-environmentally friendly aspect as you waste a lot of water getting one bottle of beer.

If you are buying beer from Craft Breweries they often need to do Growlers (large 2-4 liter plastic or glass bottles) that they fill when you buy, you can bring your own or they will sell them like that.

So this idea is a great variation on the old Australian Wine Cask Invention, except they have pressurised the plastic bladder.

Its that little bit better than the wind cask because they have made them strong enough to withstand a decent pressure so you keep the beer fresh and gassed.

You can take your plastic bag and get it filled at the craft brewers tap or if you are brewing yourself fill it at home. My guess is would save about 2-3 hours of work per brew, you would only need 4-5 of these per standard 20-23 litre batch.

They had a successful kickstarter program >2000 backers with $650,000 on a target of $250,000 in June so whilst they are taking pre-orders at their site Synek System they are probably not going to be able to ship this for months. 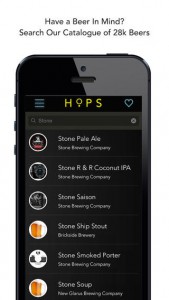 Beer is subjective. Tastes vary. Hops isn’t about finding the beer that everyone likes, its about finding the beers that you’ll love. Through a simple, elegant interface, Hops allows you to rate the beers you know and any new beers you try. Hops then curates a unique set of beer suggestions based specifically on your preferences. These suggestions will vary depending on your location and will become increasingly accurate the more you rate.

This is a great idea for Growlers 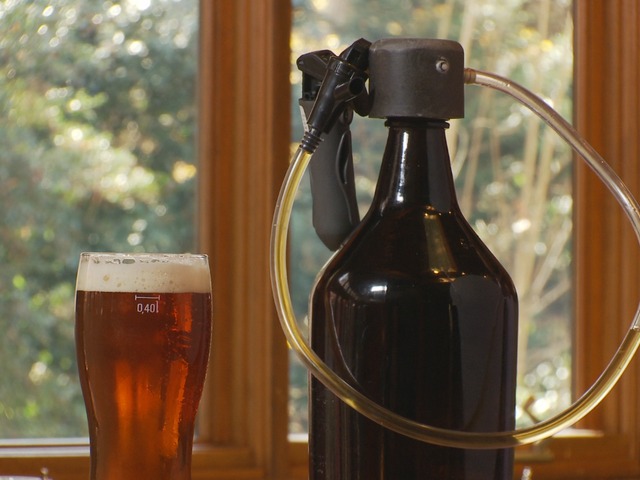 The TapIt Cap is a patent-pending design that ensures the beer in your growler remains fresh and carbonated. Don’t know what a growler is? Growlers are used to transport beer home from craft breweries. They are reusable and are more ecologically friendly than bottles or cans, even if you recycle.

The Inventor Rob had the idea when his homebrew partner told him his father had quit using growlers because the beer went flat too quickly. Buying craft beer in growlers is less expensive, but the value decreases when the beer isn’t consumed in one evening and goes flat after 12 hours. A capped growler can sit for a week or longer depending on how carefully it was filled. But after the first beer is poured from a growler, air flows in to replace the beer. Oxidation leads to bad flavors in the beer just a few hours after opening and the beer becomes flat.

They are now renamed as GrowlTap and you can order them online at $50 per unit.

These guys are out of Ireland and kickstarted the Brewbot project raising £114,000 from a  £100,000 target. Its a bit more expensive than a the Picobrew but it makes a full 20 litre batch, while I like the Picobrew I think 9-10 liters is a little small. Given it takes 2-4 weeks to ferment and then 2-4 weeks to drink only making 10 liters just doesnt seem to be worth the effort, although it is small enough to fit into most apartments I think the Brew Bot is more suitable for the guy who has a garage or shed with running water.

At $2800+ %80 shipping its pretty pricy, however it looks like a great integrated product that is ready to start brewing.

I know there will be a bunch of you makers out there who are looking at the prototype and thinking I can make that, grab a couple of stainless steel bain marees and a gas burner and a pump and you are in business, looks pretty easy, the computer controlled aspects perhaps not as easy but you could get the basics up and running in a weekend. 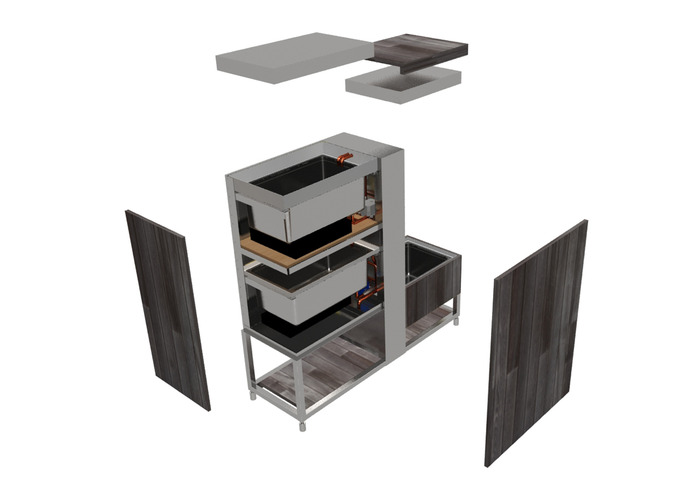 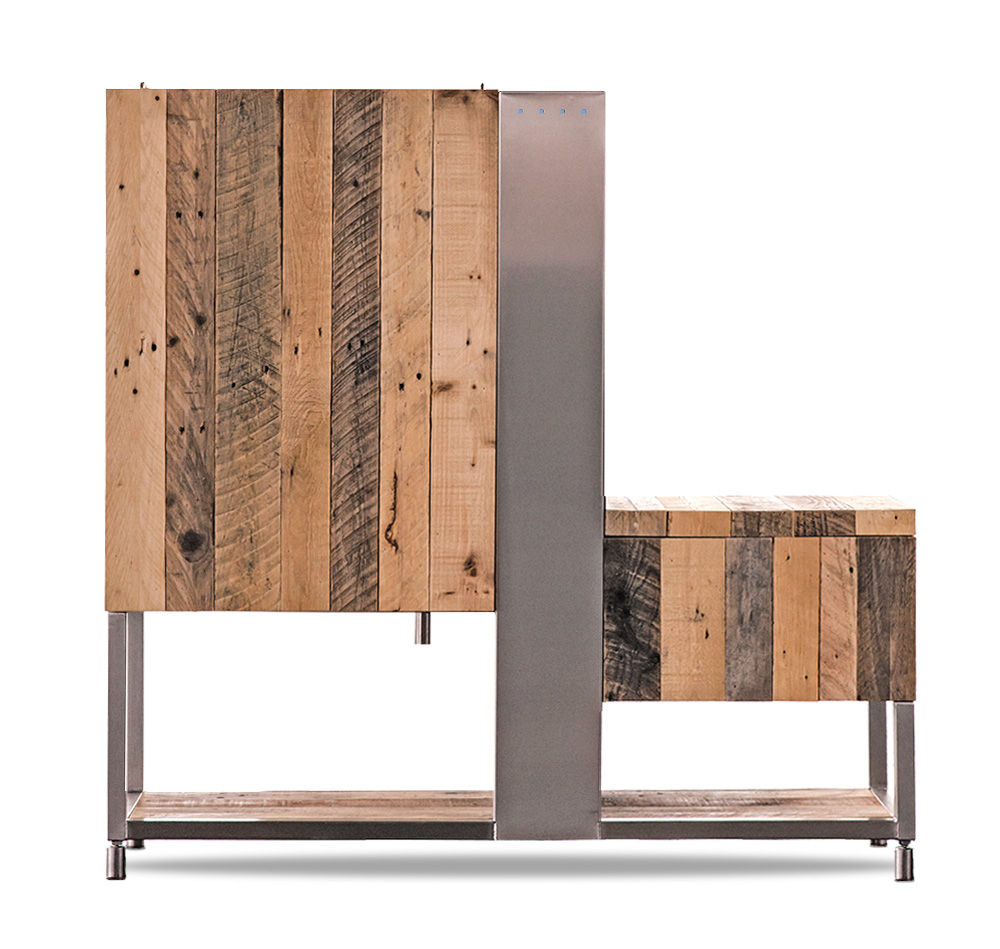 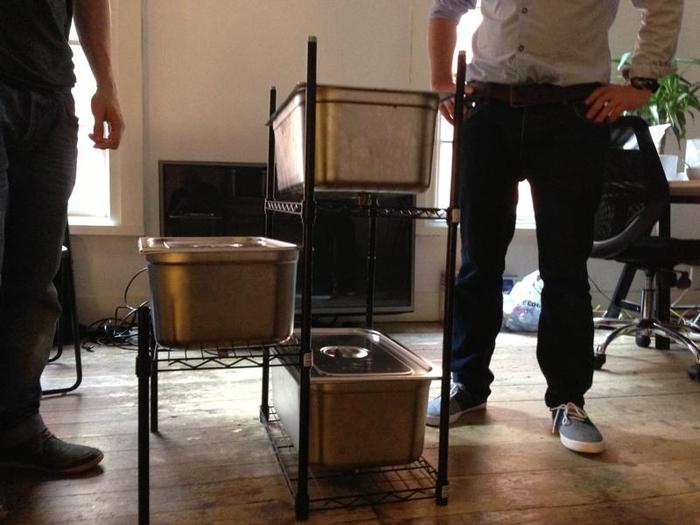 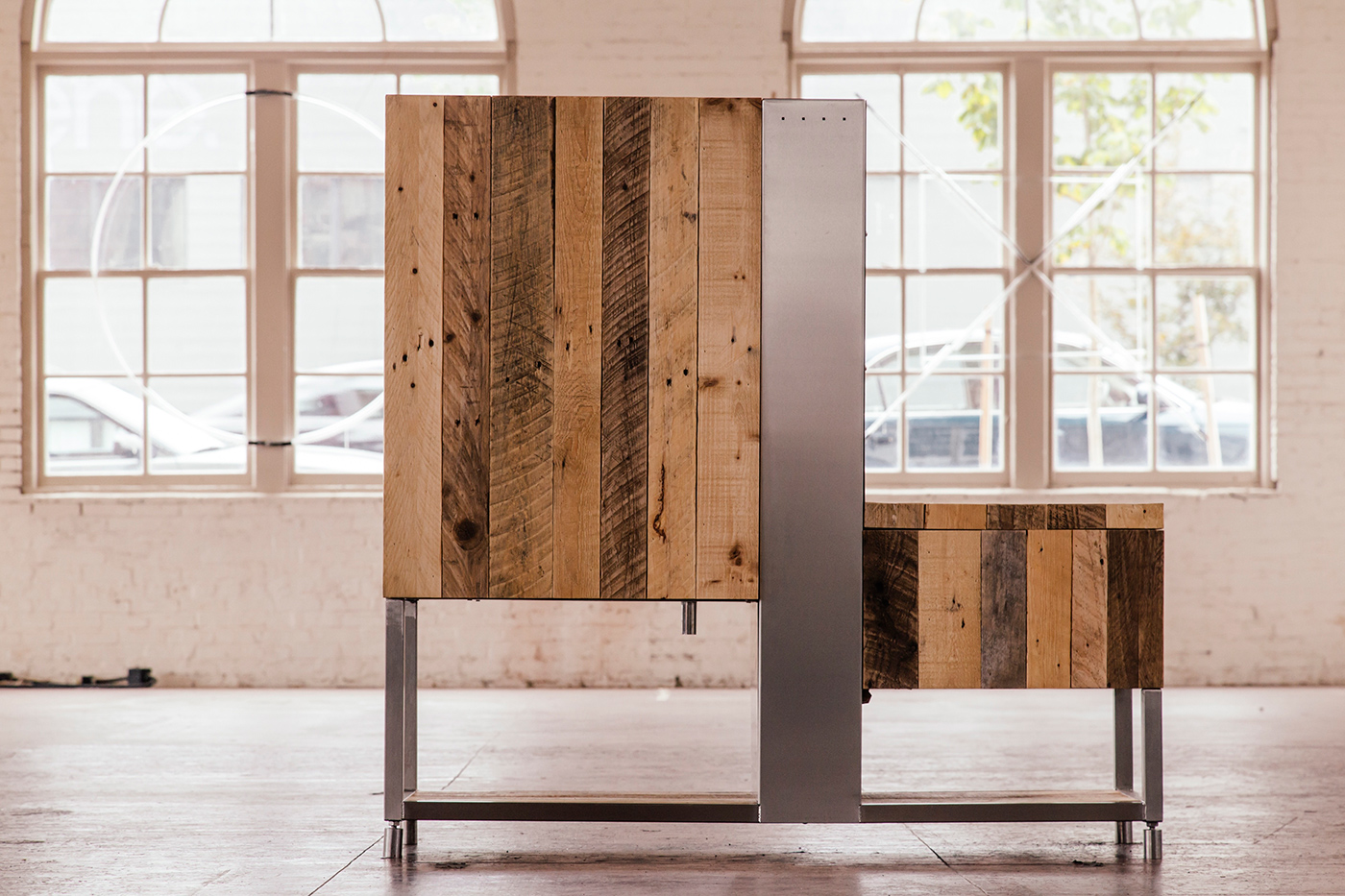 Tell us about your Project

I would love to hear about your projects.