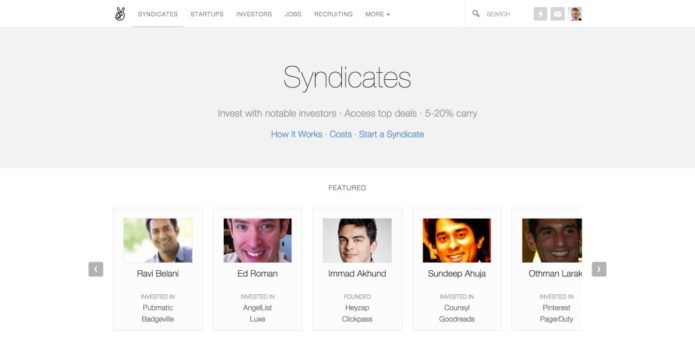 Australian Politicians Take Note: This is how you do Crowdfunding. USA Passes Regulation A+ 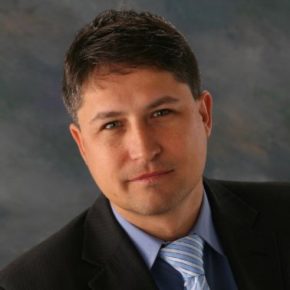 David Drake is an early-stage equity expert and the founder and chairman of LDJ Capital, a New York City private equity firm, and The Soho Loft, a global event-driven financial media company helping firms advertise for investors. He writes regularly for Forbes, Thomson Reuters, Huffington Post & Startup88 on Crowdfunding Companies and Real Estate. You can reach him directly at [email protected] or make connect on linkedin.com/in/ldjcapital

There is a tide in the affairs of men.
Which, taken at the flood, leads on to fortune;
Omitted, all the voyage of their life
Is bound in shallows and in miseries.
On such a full sea are we now afloat,
And we must take the current when it serves,
Or lose our ventures.  Brutus, Shakespeare

Ed: David has been a Startup88 contributor and campaigner for two years but he is also one of the most prolific writers and speakers on the Crowdfunding Conference Circuit, his travel schedule is Herculean and he is arguably one of the USA’s lead experts on Crowdfunding.

I wanted to write a foreword to this article to make a plea to our Government to follow the USA when passing our impending legislation.

It was a massive surprise to see the US virtually remove all restrictions on Crowdfunding. I think it’s the sign of a mature Government that understands Free Enterprise needs flexible mobile capital and that citizens should be able to make their own choices what they do with their money.

Australian Politicians should open their eyes to what is happening with Crowdfunding, Public Markets and the small investors.

Increasingly Small Investors are turning away from public markets, lack of transparency, insider trading and algorithmic trading mean that the small investor is going to get screwed and I think they know it.

Investors want to help Startups launch and grow and it isn’t just about the investment. Everyone likes the idea of helping a startup launch and grow.


Once upon a time Australia rode on the back of the Sheep. In the last 20 years, we have been the worlds mine. Whats our next play? It’s not clear.

Inherently every investor knows that the country needs to get better at technology and science commercialisation and knows the market needs help.

They know there are risks but they also know that we must increase our startup successes, the country must take action.

In a country where successive Governments have made Gambling available on every street corner and broadcast to every young kid who watches the Football, we are as a nation addicted to Gambling.

Its a absolute joke you can walk into a pub or Casino and bet $50,000 on black or on a horse, any day of the week without interference.

Sadly the same Governments wont let you invest $10,000 to help launch a startup that might one day grow up to be a Google, SpaceX, Tesla, Atlassian, Campaign Monitor, Resmed or Cochlear (and yes there isnt many billion $ Australian companies you can compare, we just haven’t had the same level of success in the tech/science space).

The Australian Venture Capital Space has been underserved for many years, whilst in recent time there has been an increase in seed and angel capital, Series A and B is very limited.

And yet, Australian investors have been playing the startup scene for 100 years, you see Australians love investing in Mining Explorers.

Mining Explorers are essentially the startups that drove our last boom. Without the Explorers Australia would not have had the mining boom.

There is an active market in funding Mining Explorers, the same investors should be able to fund startups. No Liability Mining Companies appear to be able to list with little in the way of disclosure, certainly no revenue and extremely high risk.

Perhaps a similar structure for Startups is appropriate.

Australian Startups need an alternative source of capital and aside from an increase in US VC money and Asian money to cherrypick the top companies, Crowdfunding is the only means which is available.

I appeal to The Hon Malcolm Turnbull who is a supporter of the Startup community to do everything in his power to ensure that our Crowdfunding Legislation does not arrive so bound in red tape and rules that is it stillborn.

I know its not Malcolm’s patch, but he one of the few who understands, essentially a large part of his wealth derives from an Angel Investment which made good.

Remove the limits, open the gates, let the market decide with the appropriate warnings and safeguards.

As an aside Angelist.co is going to make a killing out of this and now for David’s article.

On Wednesday, 25th March, 2015, the Securities and Exchange Commission (SEC) approved the final rules to activate implementation of Regulation A+ which is Title IV of the Jumpstart our Business Startups Act, or JOBS Act. The approval of Regulation A+ is a major breakthrough in the crowdfunding industry as it allows startups and small businesses to raise a maximum of 50 million dollars through crowdfunding under this law.

After Congress enacted the JOBS Act in 2012, the process to correct Regulation A was initiated. Regulation A was a provision in the federal law that paved way for companies to fundraise a maximum of 5 million dollars through public offers but it was rarely used.

Regulation A+ is a Game Changer

The newly approved Regulation A+ fixes the provisions of Regulation A. First, by raising the maximum ceiling from 5 million to 50 million dollars and secondly, eliminating the state compliance requirement. Most importantly, the new rules set by SEC for Regulation A+ now expand the pool from which these funds can be raised, from just accredited investors, as provided by Regulation D, to the general public.

This means that startups and small businesses can now hold small Initial Public Offers not just from accredited investors, but also from the general public. This will surely be a game changer in the way businesses access capital going forward.

Scott Andersen, ConsultDA Partner (a) and General Counsel at FundAmerica says, “Participants in Reg A+ will frequently operate on an investment advisory model. Compared to the broker-dealer model, investment advisors are not regulated by FINRA and so it is generally less costly to operate. This is important because it offers an option that enables entrepreneurs to pursue business opportunities that Congress intended when it enacted the JOBS Act.”

Why Regulation A+ is Important for the Crowdfunding Industry

Approval of Regulation A+ is important for the crowdfunding industry because it does not only open new opportunities but it also addresses key industry concerns.

There were concerns in the industry that SEC would give into pressure from state securities regulators regarding the proposed rules. State securities regulators had been opposed to the proposal of lessening crowdfunding restrictions. But SEC remained firm on the proposed rules for Regulation A+, letting companies raise capital without meeting state-to-state compliance and spending exorbitant amounts in registering offerings.

The other critical crowdfunding concern that the SEC rules for Regulation A+ addressed has to do on who should invest in the public offerings. Initially, the JOBS Act set the limit for Regulation A+ offerings to only “qualified investors”. This brought in a debate that only “accredited investors”, which means individuals earning 200,000+ dollars per year, or those with a net worth of 1 million or more dollars, were allowed to invest. The new rules set and approved by SEC on Wednesday for Regulation A+ expand the definition of the “qualified investors” term to mean that anyone can invest, with amount limits.

According to Scott Purcell of FundAmerica, “Compared to 506(c), Reg A+ takes way more time to launch an offering, and far more costly in terms of legal fees, accounting costs, and annual reporting obligations. However, it enables you to sell to unaccredited investors and creates a tradable security.”

Investor protection is an important element that the newly SEC rules for Regulation A+ address comprehensively. The newly approved rules allow investors to only invest 10 percent of their additional net worth or annual income in securities. SEC also moved to implement strong measures to protect investors like ‘bad actor’ checks on companies that offer securities, as well as requiring companies offering securities to disclosure financial information as part of their offering.

The entire version of Regulation A+ rules is available here. Prior to becoming law, these rules will be published on the Federal Register over the next 60 days. After this process is complete, the law will come to force and entrepreneurs will be able to use crowdfunding to raise up to 50 million dollars in capital through offerings.

(a) IN FULL DISCLOSURE, SCOTT ANDERSEN AND I RECENTLY FORMED AND ARE PARTNERS IN A SECURITIES COMPLIANCE CONSULTANCY FOR BROKER-DEALERS, INVESTMENT ADVISERS AND OTHER FINANCIAL INSTITUTIONS: CONSULTDA.COM.