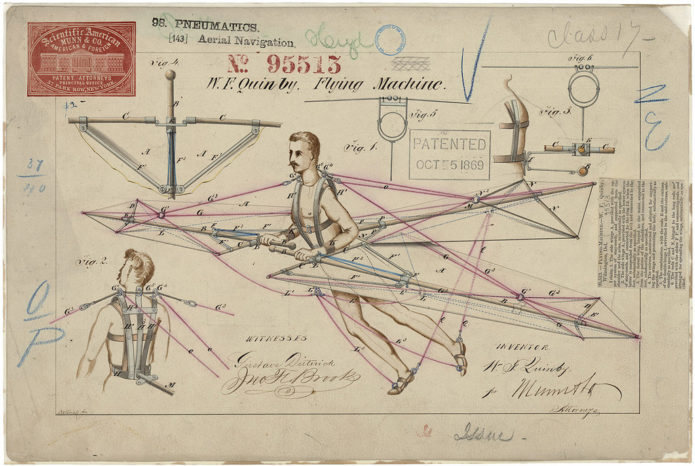 I was recently asked why so many entrepreneurs and investors in the modern era appear to have no interest in patents and sometimes are actually quite negative on the value of patents in start-ups.

So I did a ‘soft’ survey of a few entrepreneurs and investors in my home city of Sydney.

What I heard back was that patents are a ‘waste of time and money’ in this era of software and internet start-ups.

The arguments to support this position were typically very qualitative, full of apparent misinformation and certainly using data-points that were cherry-picked.

As were the counter arguments proposed by parties with vested interests in patents (such as patent attorneys).

I have previously written on the subject of why start-ups should have patents[1] but in doing so I had assumed that the rationale for having patents would simply be accepted by any entrepreneur or investor that had at least finished high school.

It seems that I have been wrong in this assumption. So I turned to Google to put together a quick summary on the financial value of patents in start-ups, from the perspective of both entrepreneurs and investors.

Of course all the data is already there; it just doesn’t seem to have been brought together nor analysed in a simple-to-digest fashion. Firstly, a quantitative study by Mann et al[2] (the Mann study) has shown that software start-ups that develop patent portfolios have much better returns for investors and entrepreneurs.

The 2007 study examined 877 venture-backed software companies in the US that received venture funding between 1997 and 1999.

Only 9% of these companies obtained a patent before their first financing but many may have filed unpublished patent applications beforehand.

In line with this assertion, by 2005 over 24% of the companies in the study had at least one patent.

This correlates well with the industry norms; at that time about 30% of top 500 largest software companies in the US also held patents (it would likely be much higher now).

It makes sense for mature start-ups to own patents at roughly the same proportion as the industry giants that they wish to be acquired by, or to compete with (take note entrepreneurs!).

The key results from the Mann study were that:

Unfortunately the Mann study did not appear to have access to data on the financial returns (by IRR or multiples on capital) to investors in, or founders of the companies in the study.

However we can be sure that the companies with patents had a higher financial return because of these four factors:

I would also note that, on average, the companies with patents in the Mann study had just 3 patent families. The cost of developing 3 patent families is typically not more than $50,000 per annum which is effectively inconsequential when compared to the extra $10.7m typically raised by these companies.

I find this data so compelling that I would advise entrepreneurs to only invest their time and effort into businesses (internet, software or otherwise) where it makes sense to patent certain inventions.

That is, they should only invest time and effort into segments of the market where it is possible and likely to achieve significant patent protection for new business opportunities (and related products and services).

Unlike their investors, entrepreneurs usually have only one business opportunity in a single time period (typically this is 5 years or more) and therefore it is incumbent upon them to only invest their time in the highest value business propositions.

The outcomes for entrepreneurs are unfortunately quite binary; either they get a financial return from their businesses or they do not.

Unlike investors there is no protection as offered by a portfolio of business investments nor is their ten years’ worth of management fees.

The data presented here clearly shows that the highest returns and lowest risks are achieved for businesses with patents and any entrepreneur that chooses to invest their time and energy into a business that cannot or does not have patents is wilfully destroying financial opportunities for themselves.

For investors the same advice applies with the additional benefit that, in the instance of the bankruptcy of a portfolio company, start-up patent portfolios offer a good opportunity to recoup losses through the monetization of patent assets.

This can be done by the sale of patents, licensing from a holding company, or even enforcement of patent rights against operating companies (often in partnership with specialist law firms in the US).

Indeed I would argue that the patent assets of a start-up not only offer the benefits to a start-up as described above but in the modern era they also represent an alternative higher value business proposition to that of an operating company.

There are numerous examples of start-ups that have reinvented themselves as Patent Assertion Entities (or Patent Trolls) and gone on to make more than $1b for their investors.

Another thing that worries investors is patent assertion against their start-ups by patent trolls;[5] this can represent a substantial loss of time and money for start-ups. A start-up with patents is going to be far more aware of the patent landscape it is operating in and will be far more insulated against spurious assertion by avoiding certain infringing activities, by licensing key technologies, by creating corporate partnerships, by seeking indemnity insurance against patent infringement, or by joining defensive patent funds. Patent awareness is the key here, and this reduces unnecessary risks of investment.

I can already hear the counter-arguments coming my way. The main one will be that the data I have used is almost a decade old and that the business world has ‘changed’ in the interim – the main area of investment is now in ‘internet and mobile’ space.

Well this can’t be helped – this type of data can only be collated sometime after the fact because the average period from seed investment to exit is about 7 years.

My gut instinct is that with the uptick in patent assertion by the major companies in the key areas of current venture investment that the value of patents to start-ups has only increased in recent times.

To investors and entrepreneurs that still want to argue against the data presented in this essay I would remind them that relying on subjective arguments in the venture capital and start-up space simply adds unknown and unnecessary risks.

Of course I have also been asked whether the relationships between startup success and patents, as documented in the essay, are ’cause or effect’; the answer is both, and complex. However I believe that it comes down to one key factor – great patents can only be achieved in technologies areas that are new or ‘white space’. These areas also happen to be where there are the highest returns on investment, which in turn attract the best teams and the best investors. That is, patents are a proxy for the ‘experience’ of the team and investors of a start-up.

And yet, for any entrepreneur out there I would say that the only way to get the right experience, in the context of patenting, is to start patenting even if it’s new to you. The process of patenting will teach you much, much more than just how to go about getting patents. And this is what a lot of people who decry patents simply do not understand.

And, finally, I would note that patents are a necessary factor for maximising start-up returns and reducing risks, but by themselves they are not in any way sufficient.

Photo by The U.S. National Archives 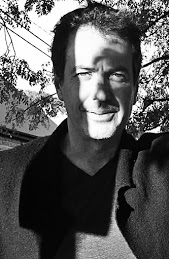 Ian A. Maxwell is a veteran Technology Entrepreneur and Venture Capitalist. He is currently CEO of BT Imaging, Chair of Instrument Works and Co-Founder of Accordia IP as well as an Adjunct Professor at RMIT. He has a PhD in Chemistry and has either founded or worked at Memtec, Allen & Buckeridge, Redfern Photonics, Sydney University Polymer Centre, James Hardie, Viva Blu, Enikos, Wriota, RPO and Instrument Works. You can connect with him on Linkedin au.linkedin.com/in/maxwellian