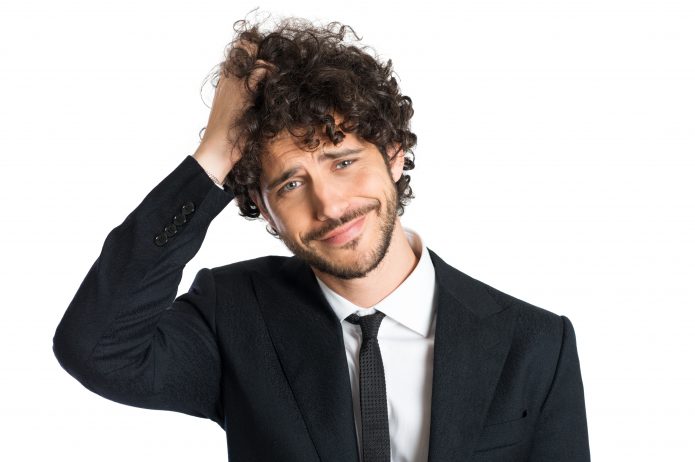 When was the last time you seriously thought about your blue chip investments going broke? At what point will those shares be worth nothing? Although it may sound ridiculous, the question is serious because at the current rate of disruption, it has been predicted that half of the S&P 500 will be replaced over the next 10 years. Where does that leave your investments?

The need and act of a business pivoting is natural. It can almost be seen as a form of corporate evolution. Over the years, the largest businesses only keep their top spots by evolving and chasing the sunrise markets and leaving the sunsets. Intel famously pivoted from manufacturing memory sticks to microprocessors. HP pivoted from making precision oscillators to computers and peripherals. And Nokia has famously taken its business model from a paper mill to rubber goods and then finally to mobile phones until they crashed, failing to pivot in time.

However, for each success story there are hundreds of other businesses which failed to pivot and stuck with a dying business plan. Why?

In mature businesses there are a myriad of reasons – corporate culture, shareholder inertia, lack of capital, bureaucracy, etc. Many large companies can be forgiven for not having seen the woods for the trees and stuck to their guns in what they thought was a successful market. Companies which have less of an excuse are startups. Businesses with a sole purpose to exploit a single technology. They are portrayed as nimble, agile, market focused but many display characteristics opposite to that, sticking with a dying product until the company dies itself.

In the startup space, one study found around ten percent of all startups die due to a failure to pivot. Many of the most famous startups only exist because of a pivot – Twitter from Odeo, Paypal from Confinity, Instagram from Burbn, etc. Unlike in the large corporation case, it is much easier to hypothesize why a startup didn’t pivot and it has a lot to do with a cutting edge field of research called behavioral innovation.

Behavioral innovation is a field still in its infancy. At the moment, it suffers from having its main theoretical framework copied and pasted from behavioral economics. People typically take known behavioral biases from economics and simply apply them to an innovation framework. However, it should be more than this. The field should, at a minimum, be looking at the unique psychological shortcuts we take to be innovative and how this affects our innovation efforts both positively and negatively. It could take inspiration from many fields such as behavioral economics, psychology, innovation economics and more. By having a better grasp of these processes we can design better innovation policies, brainstorming activities, investment decisions and much more.

Innovation has become the zeitgeist of the 21st century and if there was one area that researchers should be focusing their efforts to bring about tangible positive change in society, then innovation is it. The fact that the field of behavioral innovation has been left as the ugly duckling of the behavioral economics swan needs to change because a better understanding of this new discipline will have profound effects on everything from macro policy setting to startup decision making.

There are a myriad of techniques and approaches to doing innovation; such as idea generation, co-designing with stakeholders, speaking to users and potential customers, mapping value propositions, collaborating across disciplines. This is widely taught across Universities. For example, at Design Factory Melbourne, Swinburne University, design, engineering and business students are educated to collaborate and use various innovation doing techniques applied to real project briefs with companies for many years.

However the techniques for innovation doing are not enough. We know an open mind-set is necessary for innovation and you are able to see peak creativity when you are happy and having fun, but how much do we really know about achieving this desired state of behavior in a business setting and how does this relate to the hard business decisions that need to be made?

Despite all the training, we still see startups refuse to pivot in spite of a failed product/market fit, a lack of market validation or minimal traction, then we can see an application of behavioral innovation in action. These companies are trying to innovate. They have the goal of successfully developing an innovative product on their agenda and they fail miserably. Why? The sunk cost fallacy of innovation. Although not the only possible cause of this behavior, it is one which interests us here.

In behavioral economics, the sunk cost fallacy of economics occurs when we ascribe an overly optimistic probability to the success of an outcome after we have invested in it. The probability just seems to change. For example, if an individual were to buy a theater ticket but then find out that the performance had changed to one which they no longer wanted to see, then they would be more likely to go to the show and waste their time than if they had not purchased a ticket.

Think about that. Instead of doing something else they enjoyed, people would incur an additional cost by going to watch a show they didn’t want to watch merely because they paid for the ticket!

For startups we see the sunk cost fallacy of innovation occurring. It occurs when a new business follows an idea over the financial cliff because they have invested our time and effort (and often money!) in exploring it. When a startup fails to pivot, then I believe that a major contributing factor is the sunk cost fallacy of innovation. If we can beat this, then maybe we can save an extra ten percent of our startups. An easy win!

What can we do about this and how does one know that one has reached the point of no return? The answer to this question is something investigated in the forthcoming book “Innovation Tools”, available on Amazon, and it comes down to finding the point where perseverance no longer makes sense. This is the point is not difficult to find. It occurs when a startup asks its mentor or another independent third party, that if they had a choice between investing their time and money in the startup’s opportunity or using that money to do something else, and the advisor says do something else. At this point we are starting to sink. When someone else would not invest in your opportunity given the facts you have presented to them, then by going further you are displaying the sunk cost fallacy of innovation.

A word of warning: although we have framed it as something undesirable, if the psychological mechanisms behind the sunk cost bias cause you to be more resilient and tenacious, then in many startup situations this can be a good thing. It just depends on the context.

The sunk cost fallacy is only one of many biases which people can display and as a starting point to look at behavioral innovation, it is an obviously applicable one. However, as mentioned earlier, the field should be much bigger than this and its elucidation here will hopefully lead to others to explore more.

As stated earlier, the applications of behavioral economics biases to behavioral innovation like the above only scratches the surface of the possibilities in this field. The analysis above, like much previous work, is a direct translation from behavioral economics to innovation but it is clear that if researchers put their head to it, there are amazing possibilities right in front of us. And if the motivation to do some interesting research is not enough, then the trillion dollar imperative to transform the world’s economy to something sustainable should be.