It’s a matter of effort 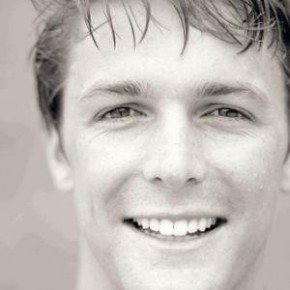 Ryan Pawell is  PhD candidate at the University of NSW and is developing an affordable disposable microfluidic chip to bring down the cost of delivering gene therapy to HIV patients.

He received his BSci, Mechanical Engineering at the University of California, Santa Barbara and led a team of engineering students to prototype a tool for anterior cervical discectomy and fusion.

He also worked in R&D at Inogen developing a portable oxygen concentrator for the treatment of chronic obstructive pulmonary disease.

You can connect with Ryan here linkedin.com/in/rpawell  and see more about his work in the Youtube video at the end of the article

It’s a matter of effort

A few years ago I was a research engineer intern at a medical device manufacturer and after hearing of cuts to the tertiary public education I wondered how the public education system was going to compete with the private system if it had significantly less money. I spoke to my supervisor and he responded with, “I am pretty sure it is a matter of effort.”

Ironically, the business I worked for was started by three undergraduate students in their junior year of college and when getting started the founders lacked sufficient funds to incorporate. Now, thirteen years later the business is valued at over $250 million after a recent IPO. For these ambitious students, it was definitely not a matter of money, but a matter of effort.

While I was there, we were approached by a number of people who were interested in selling components and patents to us that appeared to significantly advance the existing products. However, after reading the fine print and crunching the numbers it was realized these ideas, while both ambitious and admirable, were not feasible. Over the past few years of a few opportunities for joint ventures or research partnerships have popped up and I continue to apply the lessons learned during this internship to each of these opportunities.

Most importantly, always do your due diligence. The internet is a very valuable tool and before spending much time on a new science or technology or when evaluating a potential employer, make sure to use it.

There is no need for an expensive market report or technical evaluation, and I’ve found these reports to lack critical information that may be readily obtained with a quick Google search.  Typically, patents serve as the foundation for new science and technology ventures so this is a good place to start. For a small company, an hour or two is all that is required to answer the following questions:

The point of the intellectual property due diligence is to determine if the company has a strong foundation and if the intellectual property portfolio provides the company with the unfair competitive advantage required to succeed. International search reports obtained during the patent review process are very limited and the legal structure of the patent system puts the onus on the patent holder, thus, even if a patent is granted it is important to do a bit more digging.

A new venture with a solid intellectual property foundation cannot succeed without a significant market opportunity. In tech, this can be verified by generating users, however, for hard goods and hard science it is more difficult. Again, with a quick Google search, it is possible to obtain an overview on a variety of markets. Some market research companies list market sizes and growth rates publicly, others require you to pay for the whole report. This part of the due diligence process should be used to determine if the juice is worth the squeeze and should answer the following questions:

The third and final part is used to vet the team. This is where social media is great. Many people will have a decent LinkedIn or Twitter presence. Online profiles are self-filled, meaning there is always a bit of room for generous self-promotion so you can use their profiles to identify exactly how honest they are and to answer the following questions:

While the above process may seem unnecessary or somewhat overkill. It is best not to judge a book by its cover, some very qualified and experienced people have proposed new ventures that simply did not add up. Lengthy Ivy League letter trains and brand names on the resume are no guarantee that the venture is worth the time.

This article was written in the context of vetting new venture proposals, however, the same questions should be asked if looking to embark on your own.

It is only a matter of effort.