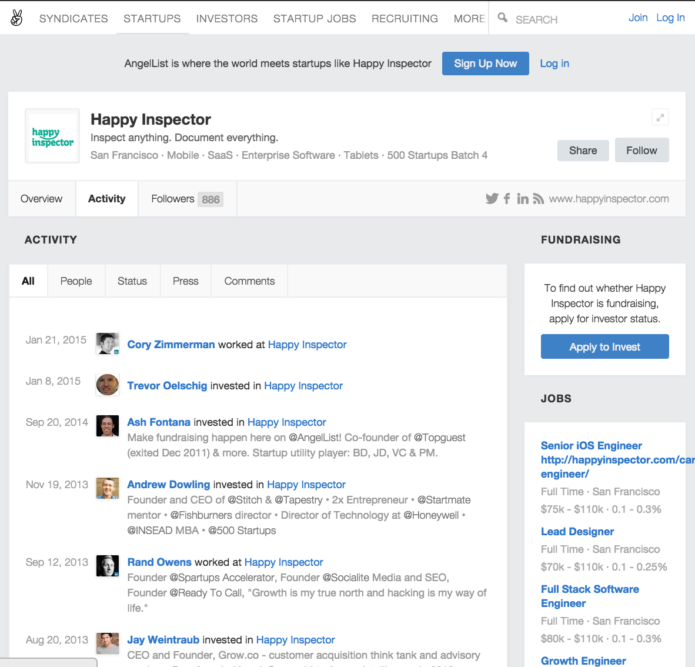 Recently I chaired a meeting of people within the Australian startup scene and Crowd Sourced Equity Funding (CSEF) industry. What occurred to me after this meeting is that we collectively have assumed CSEF is the start of a new asset class and are preparing frameworks accordingly.

But perhaps, CSEF is not an asset at all?

Perhaps the framework needs to consider removing legislation not adding to it?

Perhaps we should just get on with gambling since that is what we do best anyways.

If it is, logic prevails that it needs to be regulated and intermediated to make sure players behavior is codified to prevent fraud or investors being preyed on.

What sort of framework would you want for CSEF if looking through this lens? Well probably you’d want a regime that exists within the Corporations Act.

You’d want licensed intermediary to collect information and enforce standards, caps, and compliance costs on behalf of the regulator.

You’d want Intermediaries to fit into AFSL regimes and do due diligence on listings. (Never mind that due dililigence at such an early stage is practically impossible).

You’d calculate things like the relative costs of frameworks and the cost of legislative burdens on different players in the market.

In short, if you view CSEF as an asset class you’re going to erect barriers to creating an efficient marketplace.

With CSEF the best businesses are vying for money to establish or grow. Only the best should attract investment and ideas not worth funding will be left on the vine to wither and die.

Any investor based on the merit of the business they are assessing, can invest what they determine is the best investment for them.

Under the existing regime only Sophisticated Investors get access to early stage startups that are growing and likely to break out, small investors miss out. The advantage of CSEF is that these deals could be available to the wider public.

Customer generated ratings and the “social contracts” that are created when the person raising funds says: “I’ll keep you in the loop” – and then does – are promoted with crowdfunding.

The market creates transparency and trust between buyer and seller. Players in the market have equal access to information.

If you accept this type of view where CSEF is a marketplace then the legislative framework has to be completely different.

A functional market would reduce the friction between buyers and sellers and amplify transparency. Central ideas like issuer-liable, platform-neutral, buyer-beware and low-regulation would be at its core.

In fact, you’d probably start by removing legislation from the Corporations’ Act, like the one restricting Pty Ltd companies to no more than 50 people.

Yes, just by removing those 3 clauses and putting private companies on the same footing as public ones when raising capital, you’d have 90% of what you need for effective CSEF to emerge.

As a side effect you may need less lawyers.

Starting a business is a gamble, there is no certainty.

It’s true, when a business of any sort starts the owners expect it to succeed (why else would you start) yet most businesses fail.

The truth is you don’t know when starting a business how it will go, but according to statistics you’re likely to fail.

Starting a business is inherently risky.

Yet some businesses succeed and go from nothing to multibillion-dollar ventures in just a few short years. Some people claim there is a skill to picking these winners and become VC’s.

Yet the ugly truth is this: VC’s across the world for the last 30 years have had negative returns. VC’s don’t make money investing in new companies and they have years of experience and even occasional wins under their belt.

ED: VCs are somewhat similar to the companies they invest in, only a small portion create outstanding returns, the rest will only return capital or worse.

Once, you accept the inherent risk of starting a business then you have to logically accept that CSEF is a form of gambling.

If CSEF were treated like gambling (which it could be argued is true) then you would be talking about taxation, social flow-ons and harm minimisation.

Government would be talking about revenue collection opportunities not regulatory burden costs.

You would be encouraged in Australia to add to an already thriving gambling industry. Assuming the prevalence of gambling in Australia you may be given great license terms and land packages from your state government to kick start your ventures. Just like they do for the casino and horse racing industries!

Australia it seems despite our love of gambling doesn’t want to admit CSEF is just that, a gamble, a risk, another likely way to lose your money.

Right now, Treasury on behalf of us all is contemplating a legislative framework for CSEF in Australia. Having not done anything for two years they’ll be in a hurry to get something done by June 30 this year.

This will make novel frameworks or ones that seek to put the emphasis on the consumer / investor, unlikely.

I’m pretty sure that CSEF like any private investment is a punt, but I’m absolutely convinced it needs to be a marketplace.

CSEF legislation will almost certainly be introduced as a framework around a new asset class. It will come complete with all the market-limiting factors, regulations and barriers to participation required to ensure it won’t live up to its potential.

It will work, but I predict it will be a dysfunctional marketplace, the Government will proclaim they have addressed the issue but the startups will hit the barriers very quickly and realise they still need to go to the USA or work with US based VCs.

In its current form Australia’s proposed Crowdfunding Legislation and its limits of $10,000 per non sophisticated investor per year and maximum of $2500 per company per investor could not create an marketplace like Angellist.co instead it will be a watered down version of the ideal marketplace it could be.

ED: The Feature image is a screenshot from an Angellist.co campaign for Happy Inspector, an Australian graduate of Sydney based Incubator Startmate. While Happy Inspector raised a few small Seed rounds in Australia, they have gone onto the US based Angellist to continue their fundraising from US Based Angels and other investors including 500 Startups. Right now its not clear if they are actively fundraising but the site notes they have accepted an investment in Jan 2015, this type of market place just wont exist under the proposed legislation.