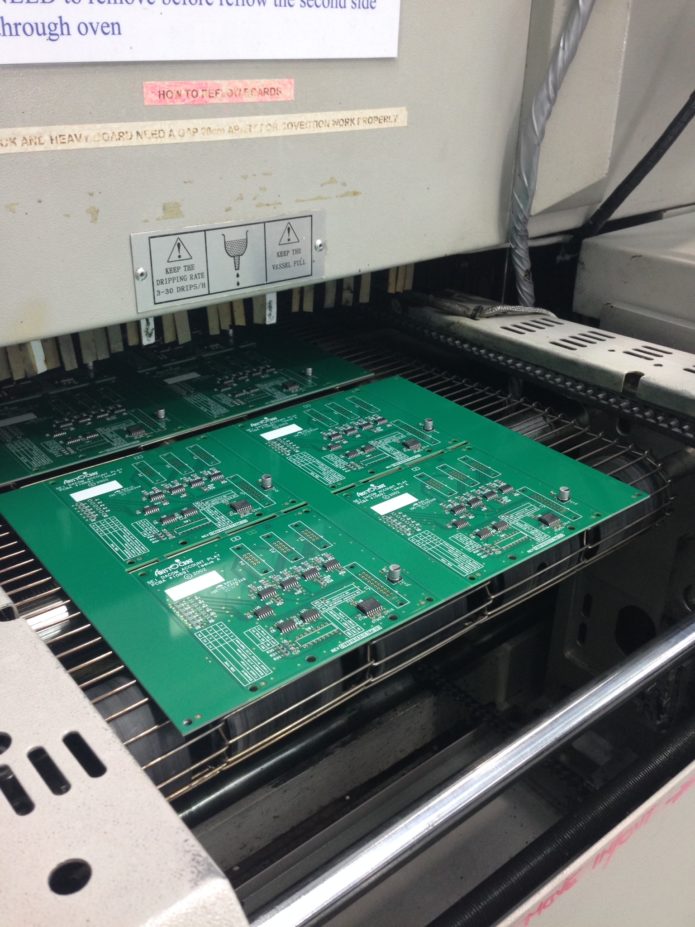 For many years I was led to believe that it was cost prohibitive to manufacture electronics in Australia, everyone said manufacturing was dead, with our exceptionally high labour costs we would be uncompetitive with the Chinese and more recently Vietnam, Mexico and other Asian countries.

Recent estimates indicate it would cost $56 in labour costs alone to manufacture a Fitbit (a popular fitness activity monitor) in Australia vs $4 in China, given Fitbits sell for $90 in the US, Australia seems an unlikely place to be running a growing electronics manufacturing business.

When you are prototyping electronics in a country which is not known for this capability it can be difficult to find the right service providers, parts take for ever to arrive, overseas manufacturing is big pain and high risk for a variety of reasons.

So you can imagine my surprise when introduced to the team at Wavetronics in South Western Sydney, I find out these guys are running a thriving electronics manufacturing business, growing fast and exporting across the world including some Asian countries.

As some of you know I have been prototyping a wearable health device, the first 7 iterations of the prototype were made by hand, which was expedient and enough to prove some basic functionality.

When you are making very small electronic devices you use electronic components called Surface Mount Devices (SMD) or Surface Mount Technologies(SMT), gone are the days of soldering pins through boards (for much larger components not able to be miniaturized you may still have pins but these are typically hand assembled after the SMD/SMT processing).

Our boards were 25mm x 25mm with about 50 components and used the smallest components available so not your typical 10-20cm square boards with lots of tolerance.

Due to difficulties of locating an assembler who could do a small run locally or finding an overseas assembler we could trust, the 8th prototype was a multi-layer PCB manufactured by a local supplier with a share in a Chinese factory, however

we had to manually assemble the components placing the surface mount components using tweezers and a magnifying glass and hand squeegee the solder paste onto the stencil we used a small SMD oven to reflow solder the boards, this is not a process I can recommend.

This provided a better result than the previous efforts but it was still too difficult to apply the solder paste accurately and to position the components (I can’t see half the components without a magnifying glass + my glasses, the 0201 resistors .3MM X .6MM and are almost invisible) so it was impossible to get a decent quantity of boards that worked consistently.

So for Version 8.5 we decided to get the entire board manufactured in a professional facility. As you might imagine this is not trivial, there are a few companies with Australian based pick and place machines but most of the local providers of PCB fabrication and Surface mount assembly services send their work overseas. 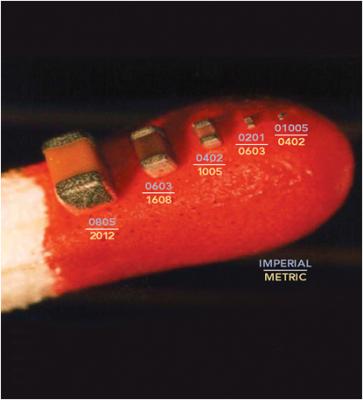 To understand how this is done in a production environment you need to see a pick and place Surface Mount Soldering machine in action.

Its mesmerizing, they are essentially a conveyor belt with a number of robotic processes, a big squeegee which applies solder paste through a stainless steel stencil positioned over the PCB, accurately depositing the paste on the exposed PCB pads.

The most impressive stage is the Pick and Place robot arms that pick up components from special reels using a tiny suction cap (the smallest component is .3mm x.6mm on a robotic arm.

These move to the position that the component needs to be, and then in some cases will spin around to ensure the component is correctly oriented (some have fiducial marks which means they have to be positioned in a certain direction) and the actuator lowers the component and the suction stops gently but extremely quickly placing the component on the surface.

After that they go into what looks like a big pizza oven to be heated to an exact temperature for an exact time so that the solder paste melts bonding the components to the PCB.

Given we have valuable Intellectual Property in the the core invention and the board designs (the PCB is a work of art, 100s of hours of work and is significantly smaller than any of the commercial prototyping boards available)  we were very concerned about sending the full designs overseas.

It’s often not clear what legal relationship a local supplier has with the Chinese factory and even if we insisted on an NDA whether this was enforceable either practically or legally.

We believed that sending this overseas this would most likely result in our designs being copied and on the street before we could get the product to market.

We were also concerned that if there were any problems or the designs needed any tweaking that we may not get full and frank feedback or they might let obvious problems (to them) slip through and you are not clear what quality control if any is applied to the completed assemblies. 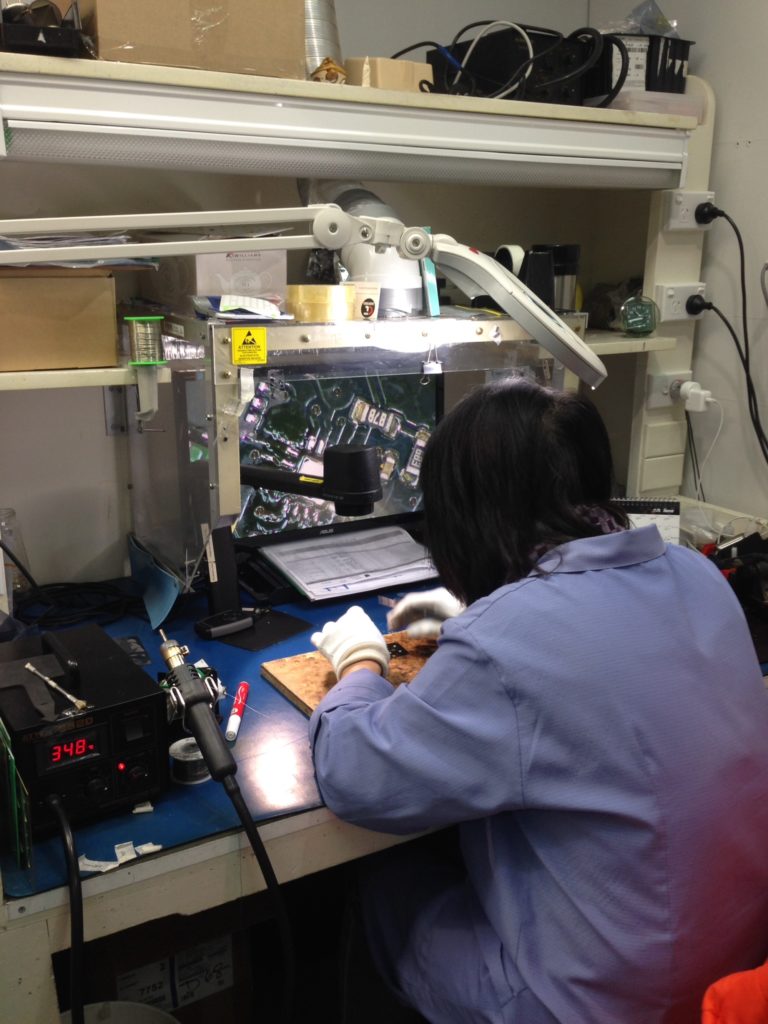 There is also the time factor, sending work overseas always adds an extra 1-2 weeks and this is 1-2 weeks of engineers time that is not not being optimally deployed.

All of that notwithstanding, its not easy finding the capability to do high accuracy, short run prototypes with small components locally.

So I did a lot of calling around, Tim Tasi from Synergy Electronics managed to provide the PCBs (admittedly fabricated overseas but in a jointly owned facility) who turned round the bare PCBs in two weeks and introduced me to Wavetronics out in South Western Sydney and here’s where the story gets interesting.

Turns out Wavetronics has been operating an electronics manufacturing facility for 20+ years in South Western Sydney and has built an amazing business servicing Australian customers and managing to generate export income as well.

This amazing machine applies the solder paste to a board, moves it along the conveyer, places all the components and can run multiple lines at once

Conventional wisdom would have you believe this style of business would be gradually strangled by price competition from Asia, but in this case nothing could be further from the truth.

Wavetronics has two factories on the same block and has taken out the neighbouring two factories and is about to expand their production lines into them, as their existing production floor is packed with machine lines. 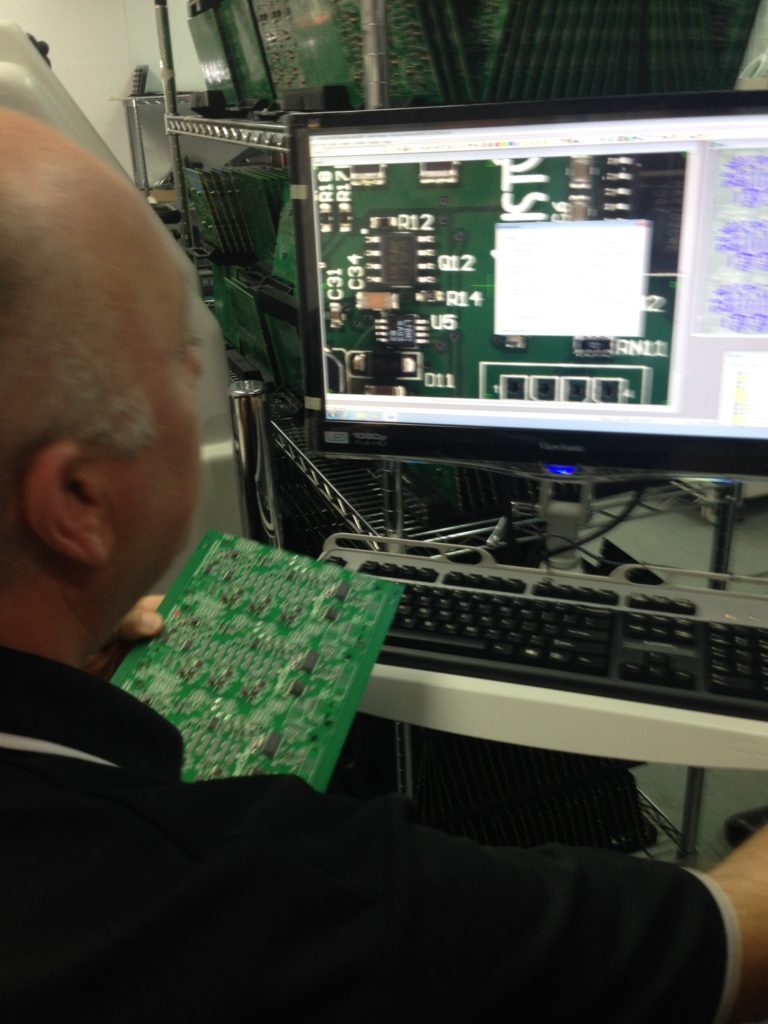 Carl Harris the owner & CEO tells us that he is exporting to Taiwan and Europe (this is like Coals to Newcastle) with gaming equipment and white-goods being the bulk of the work and that due to the massive investment in automation and processing equipment they are able to compete on price but with the added benefits of local assembly and more responsive support and service without any language, cultural or logistics issues that you might find when dealing with people you don’t know in another country.

So a few specs about the factory;

I like to highlight people and companies who I think are doing a great job for entrepreneurs and startups.

We found the team at Wavetronics, Carl Harris, Nhan Tran and Graeme Churchill to be extremely helpful, they helped us get our prototype setup and, corrected a few rookie mistakes, got it correctly assembled and they gave us great feedback about improving the design for manufacturability which should improve our yield and reduce manufacturing costs and they turned our prototypes around in under a week for what I thought was a very good value price.

For all you hardware startups they run a prototyping service where you can get your designs made in short runs to do a dry run to iron out any problems before you are ready to go big.

You can find them here 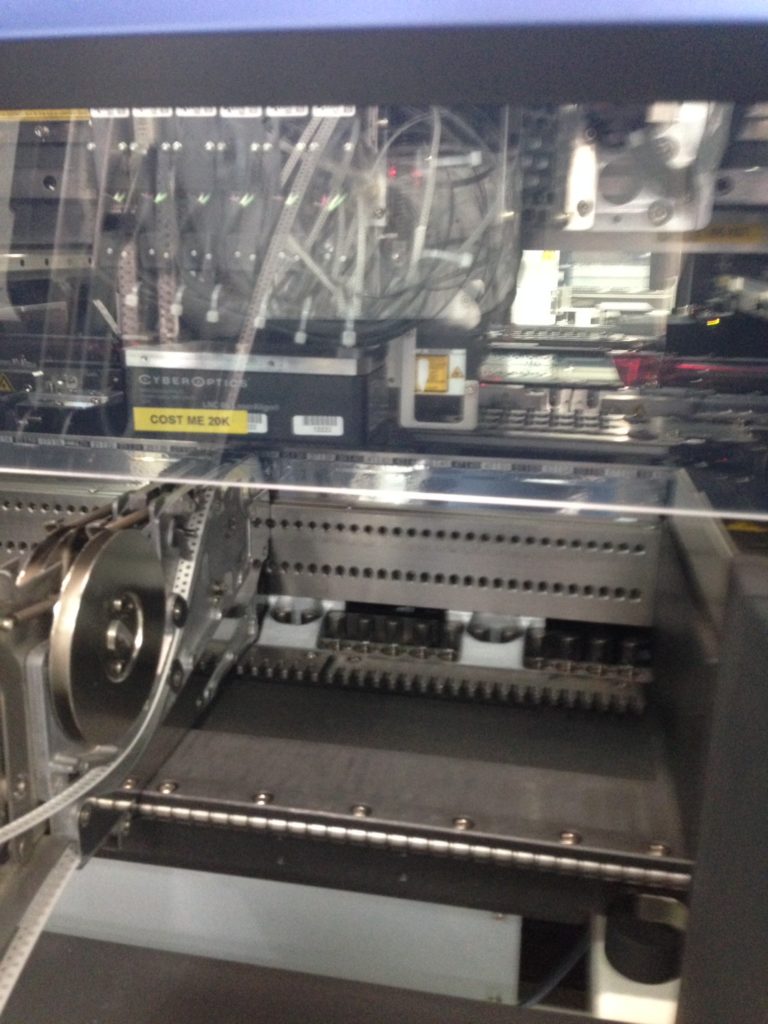 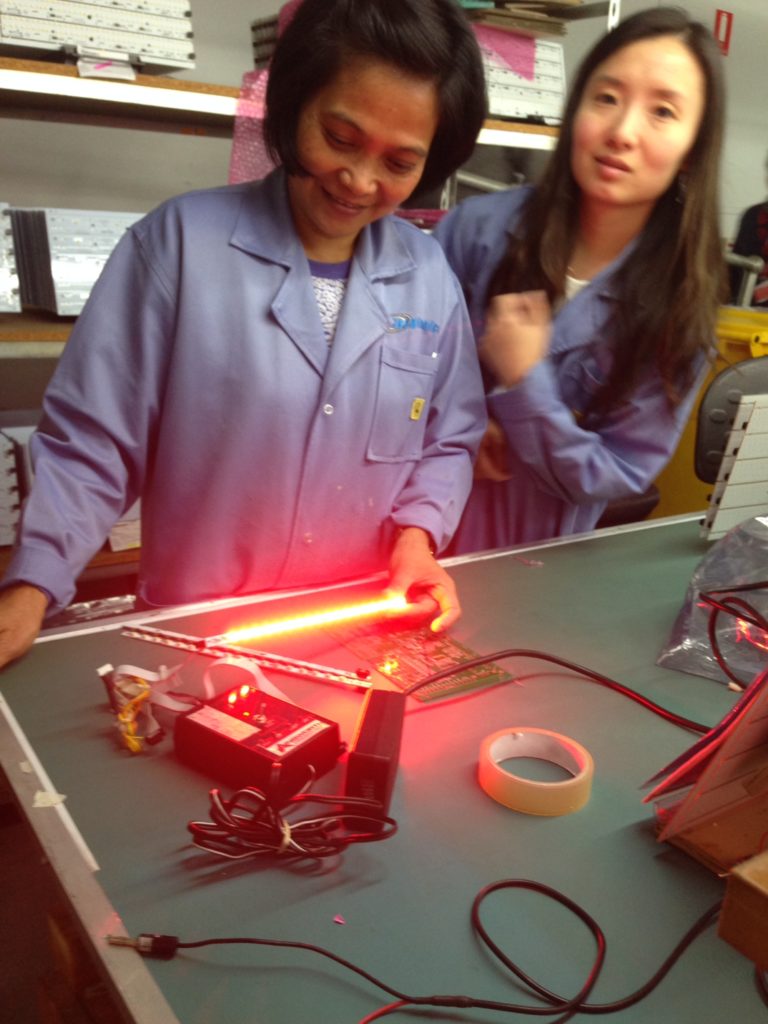 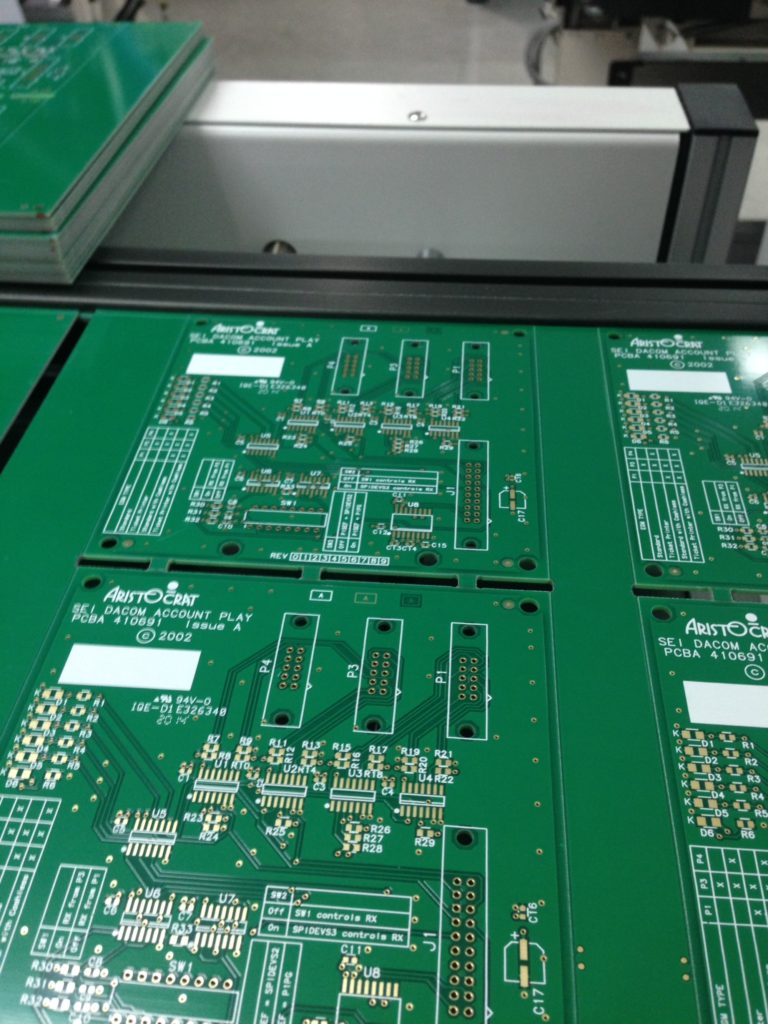 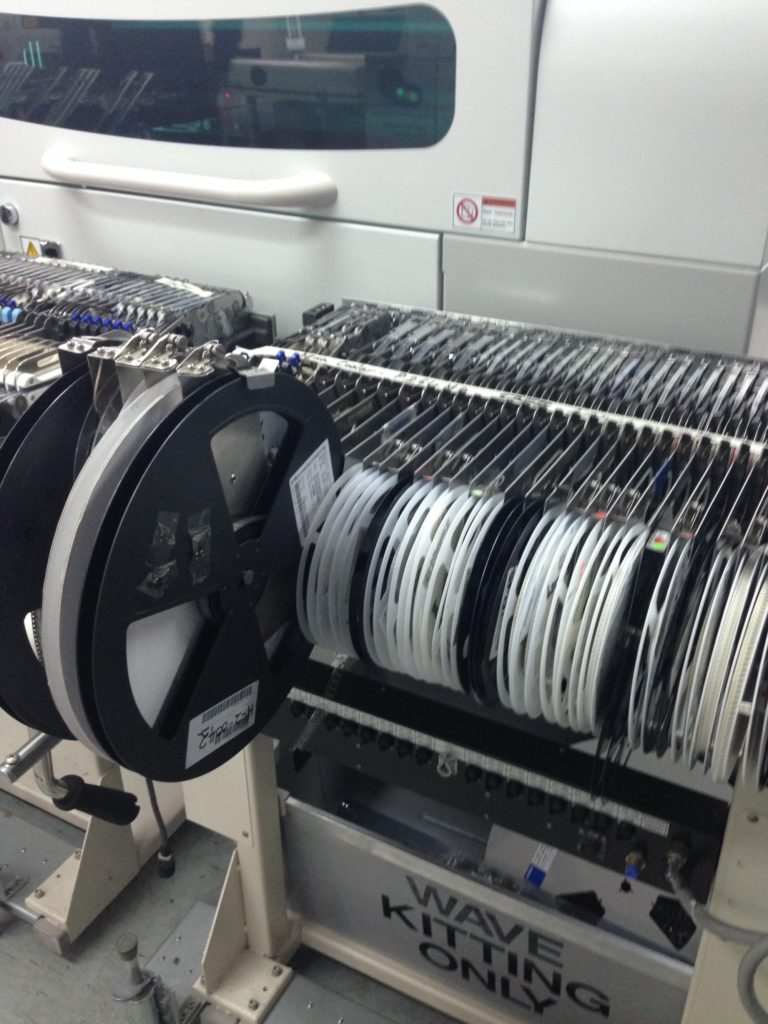