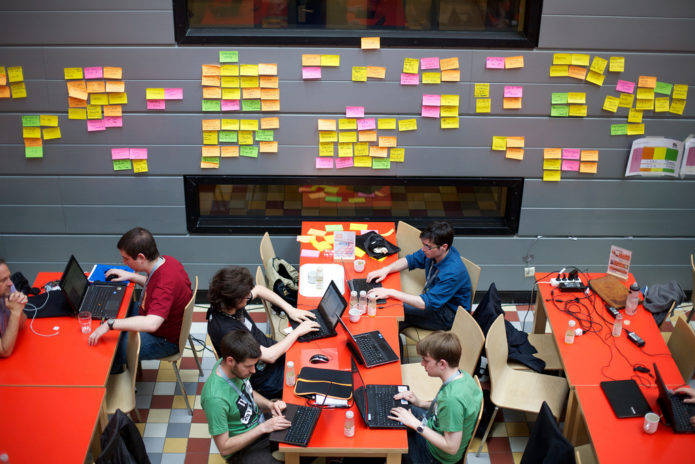 Ed: This week we will be featuring a number of guest posts from undergraduate students from University of New South Wales who are building real businesses while still studying.

Today’s post is from Luke Marshall, the UNSW founder of Sunapse a Solar Energy Optimisation Software and an active member of the UNSW entrepreneur community. 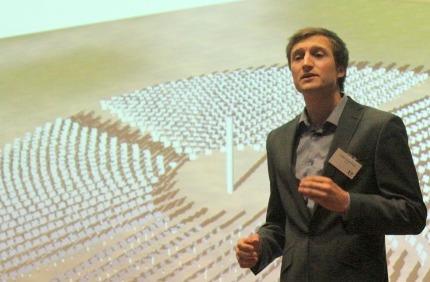 These days accelerators are a dime a dozen, but it all started with Y Combinator.

You know the story – take a large number of sketchy startups with huge dreams, invest just enough money to keep the founders fed and housed for a few months, and take a small percentage of equity.

Most will fail but one or two will hit it big, and your small percentage of equity will be worth potentially billions. It’s great for everyone – founders get a reasonable deal when equity is expensive and cash is scarce, while investors get the chance to diversify their interests in the startup community and have a small slice of every pie in town.

But what do you do when there are more quality startups than accelerator places? What do you do if your city simply doesn’t have any accelerators, or you are working on a project that doesn’t really fit with what the big players are looking for?

For many, the simple, secretive and slightly embarrassing answer is social welfare.

Let’s get a few things straight first. Legally, you should not be working on a startup if you are on social welfare – in fact, in many parts of the world you can’t even get social benefits if you are the director of a company, no matter how small that company is.

But that doesn’t really stop anyone. I personally have known many startup founders who wouldn’t be where they are today if it wasn’t for government assistance in the early days of their companies.

You may be balking at this. Is an ostensibly pro-business commentator from the startup scene really going to lecture us on the greatness of social welfare?

Social welfare is the Y Combinator of the masses.

Think about it this way. Y Combinator, the world’s most famous and successful startup accelerator, works by taking hundreds of entrepreneurs and giving them just enough money to eat and live while they develop their idea. Most of them fail, but a tiny few will go on to do amazing things. This is exactly the role that social welfare plays in the life of many startups – thousands of people following their own risky dreams across the country.

Many in the startup scene glorify the earn-or-starve scenario, arguing that the threat of financial ruin is a brilliant motivator. I don’t doubt it. But the threat of starvation is also a huge disincentive to anyone with a good idea and half a brain.

I would argue that the number of people who miss out on pursuing their ideas out of starvation-avoidance greatly outweighs the small boost a tiny proportion of companies get from the desperate need to prosper immediately or perish. In this sense, we don’t necessarily need welfare to be awarded to founders while they are pursuing their dreams, but just the option in case everything goes pear-shaped. Everyone needs an exit strategy, even those who are dreaming big.

But welfare also plays a critical practical role in the lives of many startups by supporting founders while they find their feet. I would argue that this is a critical factor in boosting serious innovation among entrepreneurs. If you have a situation where startups need to be financially successful in the very short-term or cease immediately, how can any company that requires solid R & D survive, especially in an investment-starved context?

In this way welfare can also act as a balancing force in times of economic downturn. If startup funding dries up in a given city, entrepreneurs would be left high and dry without the ability to survive for a short amount of time on welfare. I’m not saying welfare should be comfortable, but I am saying it should be available to everyone, preferably with few strings attached.

When we look at the benefits of welfare for the business startup scene, we see that in many Western countries, our approach to the social safety net is seriously skewed towards traditional careers and employee-employer relationships. Whatever your views on welfare, we have decided as a society to help people who are trying to get a job or an education by providing financial support.

Yet entrepreneurs stand alone in the face of extreme challenges, despite the fact that their actions create jobs and deliver exponentially larger economic benefits. It makes no sense at all.

If what I am arguing is true, it’s reasonable to ask why the US seems to be the spiritual home of entrepreneurship and not, say, Sweden, Denmark, or Norway, the archetypal trio of Scandinavian welfare states? The numbers are in and they don’t look great for small government.

In a NationMaster (http://www.nationmaster.com/country-info/stats/Economy/New-businesses-registered/Number/Per-capita) ranking of countries in terms of the number of new businesses started, these high-taxing, big-government welfare states ranked significantly higher than the US when adjusted for population.

Without a welfare system that can back entrepreneurs, the startup scene will be an inherently bourgeois pursuit, a flippant game of excitement and gimmickry in the lives of the reasonably wealthy on their way to gaining further wealth. That’s not disruptive, that’s not society-changing – that’s a generation of innovators who will be looked over because they simply don’t have the means to begin following their dreams. To me, that’s not right.

It makes sense that if starting a business is less risky, more people will do it. And that means economic and social benefits for everyone. Yes, the welfare system does support people who simply take the money and put it up their nose or down the slot machines.

But that’s not the point. No VC expects all their investments to bear fruit. Y Combinator takes in hundreds of startups every year, with only a few really big success stories. But it’s still worth their while. Without taking a chance, seeding hundreds of people with hundreds of dreams, we wouldn’t have the Apples, the Microsoft’s, the Google’s, the AirBnB’s or the Uber’s of this world. We’d all be worse off.

Let society invest in people who want to make a difference – not every investment pays off, but the odd brilliant success will make it all worthwhile…

You can connect with Luke via his Linkedin Profile

Ed: I believe in a social welfare net for those that lose their jobs or or are generally unable to provide for themselves, however it always struck me how screwed up it was that a millions of our citizens could get various social welfare allowances when they couldn’t find work or while they completed courses at University or TAFE but if you wanted to start a new business you were absolutely on your own.

Its my opinion that there should be an Entrepreneurs allowance equal to either the dole or the AusStudy allowance for 1-2 years to enable entrepreneurs to get a foothold and work out how to build a business. Simply give them enough to pay for a roof over their head and noodles.

In my opinion it would go a lot further than any of the current commercialisation programs in encouraging entrepreneurship across a broad spectrum of the economy and yes it would have failure and yes there would be people who rort the system, but I would argue that those likely to rort the program already know how to do this and they are doing it on existing programs.

It seems to me that neither side of politics is committed to helping people become entrepreneurs, entrepreneurship is missing from our schools despite the continuing trend of decreased full time permanent jobs and increase in part time or casual contract work among western economies.