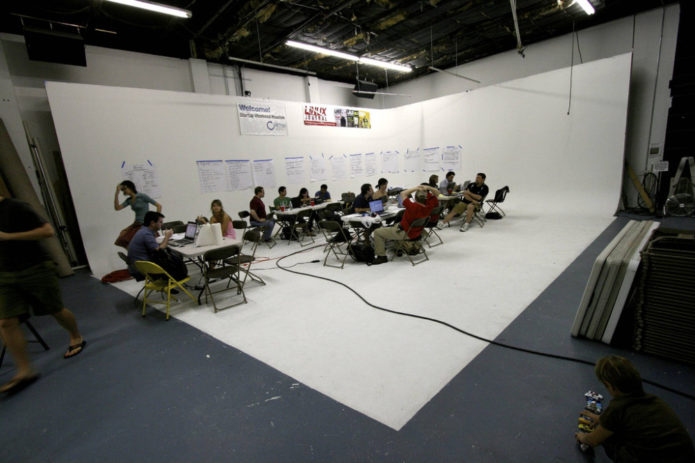 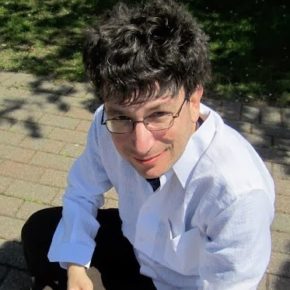 James Altucher is an entrepreneur and bestselling author who has founded over 20 companies, failed with most of them but managed some big wins including founding and selling StockPickr and Reset, for approximately $10 million each.

James is an Angel investor and was one of the first seed investors in Buddy Media which sold to Salesforce for $745 million and managed to get angel investments in Bit.ly, Ticketfly, CTera, Acebucks, Cancer Genetics and Optimal.

He has published 11 books including Choose Yourself, 40 Alternatives to College, How to Be The Luckiest Person Alive and is a frequent contributor to publications including The Financial Times, TheStreet.com, TechCrunch and The Huffington Post.

Imagine if someone asked “would you invest in this company?” Your answer is going to be similar. With a few additions. Here’s the checklist I would follow:

Has the CEO built a business before?

This is not always reliable (Mark Zuckerberg or Larry Page hadn’t built businesses before) but there’s an interesting stat:

85% of startups fail. If the CEO has built and sold a startup before then the odds go down to 25%. So you might as well have the statistics on your side.

Does the company have good funding?

a. Enough money to last at least a year.

And, by the way, this is an important thing to note: if the company has six months or less worth of funding THEN THEY ARE ALREADY OUT OF BUSINESS. Which is why “A” above is so important. Good CEOs know this.

b. “Good funding” means people (or funds) who will also write second checks. If all they have is one year’s worth of friends and family money then you are taking the risk in a year they will run out of money. Why take risks when there are plenty of other good jobs out there.

And, I’ll throw in a bonus third thing on this: it shows they are the type of company / CEO who can raise money, sell his vision, etc.

Do you believe in the vision?

This can mean several things.

a) The CEO is creative enough to develop a strong vision and he’s also a good enough communicator to convey that vision.

c) You can’t use the product but you can easily see how this product can help a million or more people.

I’ll give a good example and a bad example.

Good example: Tesla. You would work for Tesla if you believe in Elon Musk’s vision of reduced need on fossil fuels, or if you want to drive a Tesla, or if you think if everyone driving an electronic car (and having a powerwall) will help a million or more people.

Bad example: someone pitched me an idea where consumers can pick the type of ads they see. I do NOT see how this would really help a million or more people. So I would not work for a company like that (and, by the way, they had a lot of investors).

I invested in a startup recently that developed a technology for vaping vitamins and medical drugs. I USE the product (I vape B12 with it, Vitamin D with it, and trans-reservatrol). And I can easily see how this can help a million or more people (the entire US is Vitamin D deficient and people’s bodies are unable to digest vitamin pills. (Btw, not trying to get anyone interested in this – already fully funded).

You’re presumably getting options at a startup and, depending on the value you contribute, those options will increase.

How do you know if their latest round valuation is good?

Forget for a second the money they raised (we dealt with that above).

But there are plenty of startups out there where if you gave me their full valuation in cash I can easily see how they can be replaced.

Don’t work for a company that is easily replaceable at a lower valuation.

#2 consideration. If you believe in the valuation, make sure your options are not at the venture capital price but at the “409A valuation” price. You should Google that.

There’s a great story about Sergey Brin interviewing people. He can usually tell in the first few minutes if he’s not going to hire someone.

Make sure that even in the worst case scenario where you misjudged everything else, that you at least learn one thing fairly quickly after you take the job so that it adds to your skillset and you can move on to get a better job.

I took a job once at HBO (not a startup but still) where I learned so much in a three year period I was able to take the skills (ranging from technology to entertainment to TV production) that I was able to leave and start a successful company.

I visit a lot of companies per year for various reasons. I always look for the subtleties.

a. how do the partners get a long. For instance, one company I was about to invest in was a co-CEO situation. I heard one of the CEOs gossiping about the other. I didn’t invest.

The entire culture of a company comes from the top down. So if the partners who started the business don’t have their emotional act together, the company itself won’t be emotionally sound.

b. how do the employees talk about the clients.

Read the biography of the founder of JetBlue. He would stay up to 3 in the morning every night responding to customer service emails.

Once a month he would ride on one of the longer plane rides and starting at the back of the plane and moving to the front he would sit with every passenger and ask them if they had any problems with the flight. He actually hired employees that way.

That’s the CEO but everyone in the company should have that attitude towards customers. A year ago I visited a law firm where they were trashing their customers and making jokes about it. That’s not the sort of company I would hire, work for, invest in, etc.

A company and it’s customers are ONE eco-system. Not “us vs them”.

c. your boss and his/her boss.

A lot of bosses make hiring decisions based on “would you ride in a cross-country airplane next to this guy”.

You should make your decision the same way about your potential bosses. Believe me – they need you more than you need them. So you have to like them.

Warren Buffett is not a value investor. Everyone thinks he is but he hasn’t done real value investing since the early 1960s.

Warren Buffett is a demographic investor. Two quotes from Buffett:

If a company is going to be here 20 years from now then it is probably a good stock to buy.

If you have a strong demographic wind behind you then the company will do well even with poor management.

Example: the book, “Bold” lists a lot of demographic trends that take advantage of Moore’s Law that are getting bigger. Robotics, Internet of Things, 3D Printing, etc. That’s one start. Another start are companies disrupting healthcare since that is such a mess right now.

I’d rather work for Tesla than GM.

Light At the End of the Tunnel

You can’t ask in your interview, “when will you IPO?”

It’s unpredictable when a company will “exit” (i.e. get sold or IPO or have some event which allows employees to sell some of their shares).

How come? Because if they are good then they are undoubtedly growing faster than the market. So they should stay private as long as possible to maximize benefits for shareholders / employees.

Here’s the problem. The average employee stays at a startup for 3.1 years (perhaps that corresponds to vesting schedules, I don’t know).

Make sure you can wait for that 7-10 year run. Also, I’d try to figure out if management is ultimately interested in an exit. Some CEOs are not.

Make sure you see the path to profitability. Some startups might be years away.

But the good thing about working for a company that ultimately has huge margins (not just profits but margins) is that they have a lot of perks.

This seems like a big checklist before you decide to work for a startup. But don’t forget that YOU are the valuable person here.

Take care of all of your needs and then you will have more freedom, be able to demonstrate greater competence at your job, and have better relationships with the people you work with.

In other words, you’ll be happy.

And that’s a nice reason to take a job.