Yesterday was the first day of flying for the UAV Challenge. After seeing six teams launch or attempt to launch I think Outback Joe needs to be prepared for self rescue.

Last night while walking to the function, I noticed at least four teams performing late night final last minute preparations outside their motel rooms, with UAVs assembled and rows of computers on desks in the car parks late into the night (including my own Condor Team). 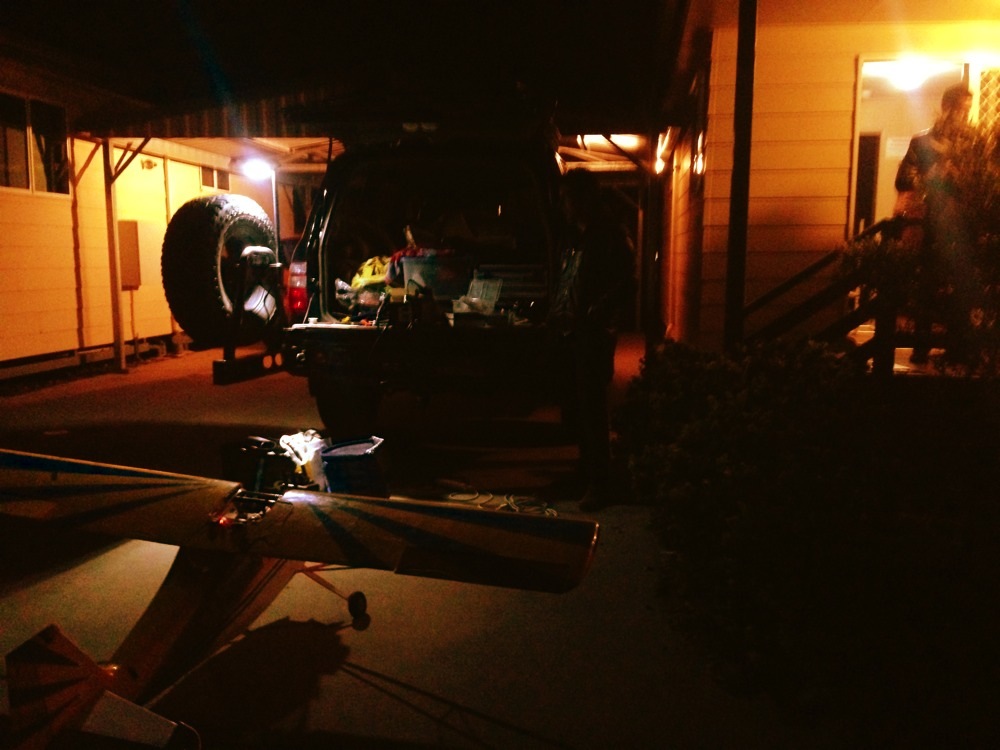 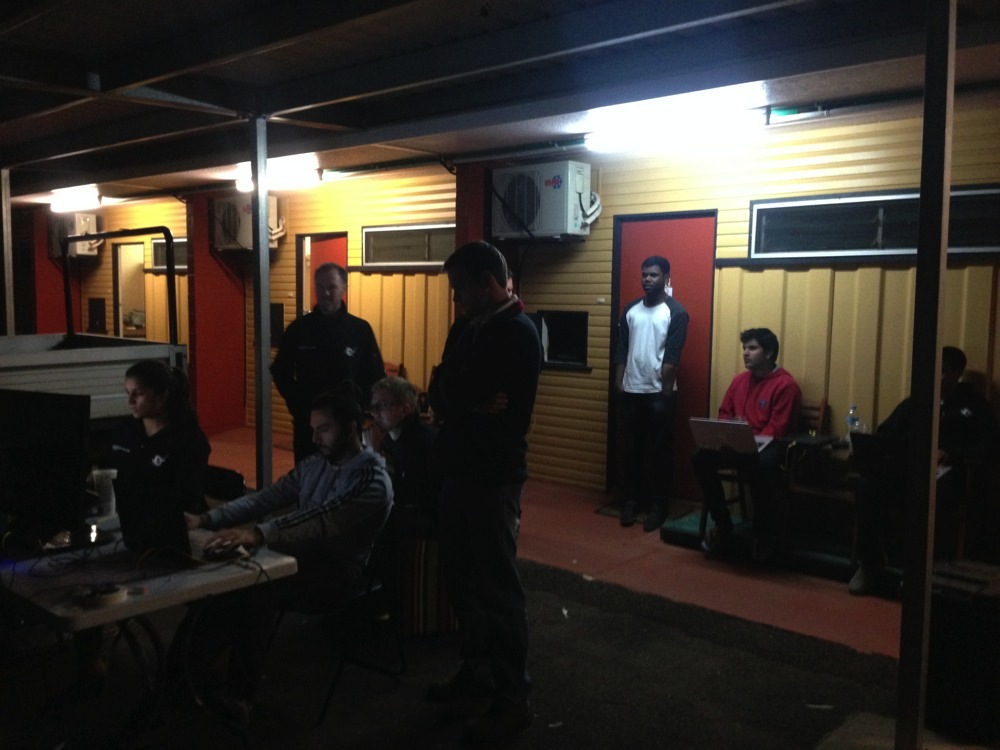 I imagine the teams competing today must be feeling somewhat like Japanese Kamikaze pilots wondering if they will survive the day.

The OpenUAS team from Netherlands looked great with matching Yellow Shirts and Aircraft and they managed to get off the ground and into the search area but hit the ground shortly after, when their aircraft triggered the self termination due to an airspeed indicator failure and while their aircraft looked like it could fly again they have been eliminated for landing outside the airfield. 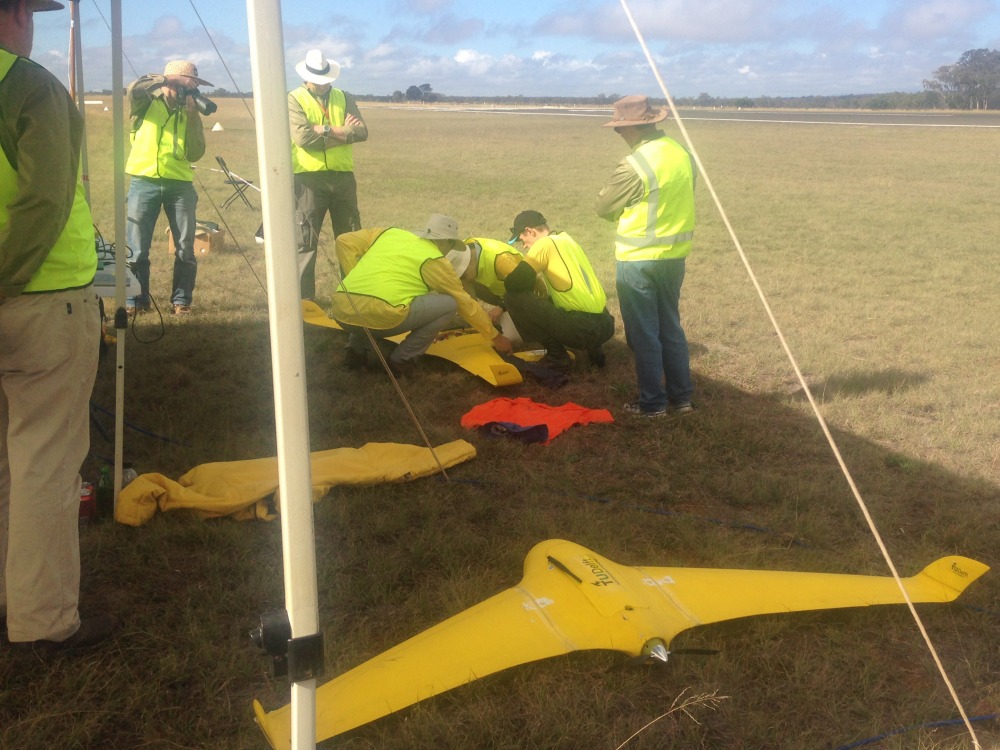 Team Condor, Colombia (I am driving the support truck) could not launch due to technical problems with their airspeed sensor and the termination board . They elected to discontinue the flight attempt and go to the back of the flight queue , hopefully they will get a turn on Friday. 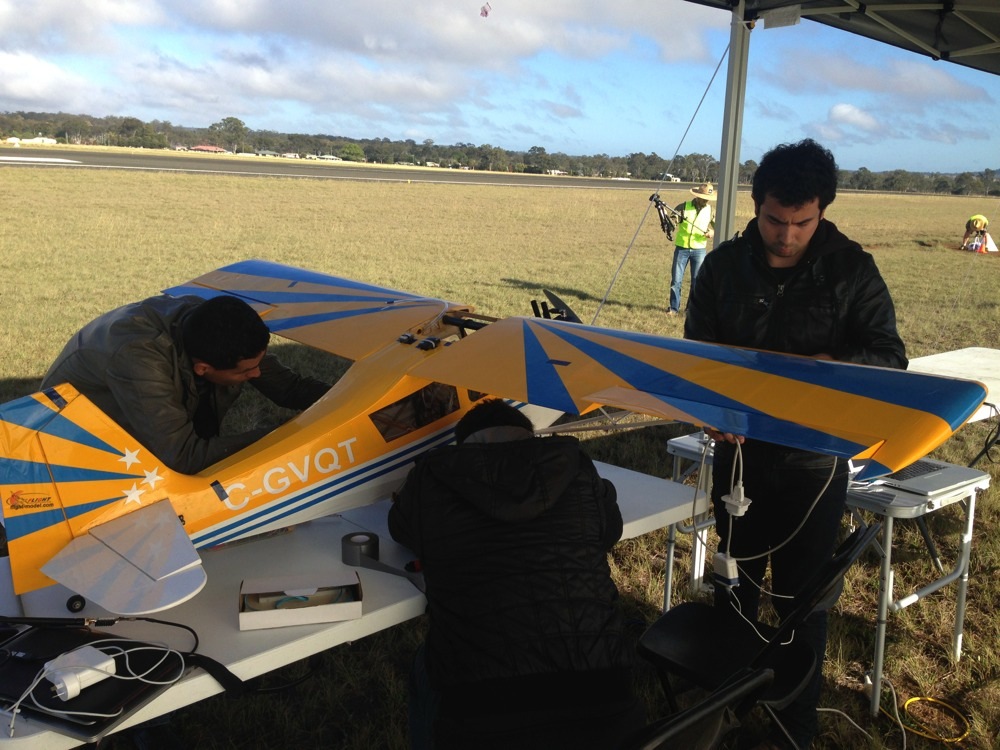 MonashUAS (Australia) managed to get to the search area and start flying a search pattern. They attempted to give Joes correct GPS location but none were correct. They successfully returned their aircraft to the airport.

Perth UAV (Australia) were next, launched well and made it to the search area quickly. They soon realised that they had an onboard technical problem which meant that their onboard Joe detector would not run. Their backup system kicked in an off board processing begun. However, their backup datalink was not fast enough (4G) to upload all images from the search area. They gave one estimate of Joe’s position to the judges but it was not correct.

CompassUAV (Australia) launched and made it to the search area but the range marshals reported that their aircraft was flying too low. I had a beer with these guys last night, apparently one of the settings on the autopilot was incorrectly set to fly at a set height above sea level, which meant it was skimming the trees, on a side note these guys have prototyped a failsafe avionics package which looks fantastic and I think has a future as a kickstarter project.

They had one unsuccessful attempt at correctly locating Joe’s position and recovered their aircraft using a parachute (this is actually pretty cool parachute pops out the top and it gently drops to the ground.

SwissFang (Switzerland) made it to the search area. However, they soon came down unplanned within the mission boundary and their competition was over.

Amazon and others have done us a great disservice in convincing the average consumer that we are going to be getting all our deliveries and beer and pizza via drone some time soon. Its bullshit, its just not going to happen any time soon.