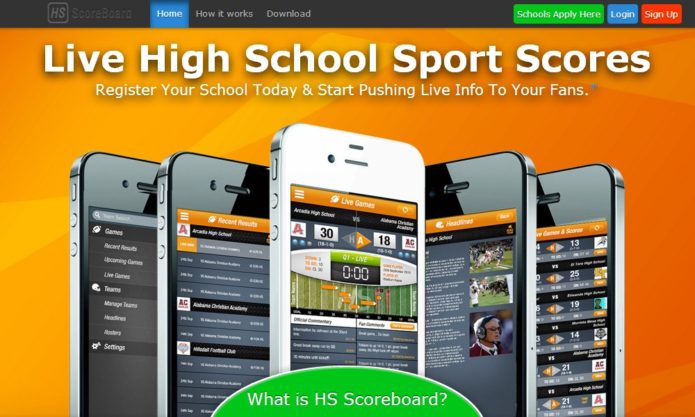 I think the market is interesting, certainly US High School sports are incredibly well organised and there is a lot of money already spent on equipment (arguably more than pro sports in some countries) and a big involvement by the community so I think an app that is successful will become valuable.

I don’t live in the US so I haven’t had much exposure to competing apps however a quick Google search showed that there was a stack of Apps for getting live scores from Pro games but I didn’t see much specifically for High Schools but the app store seems to show what looks like numbers of competing products, though none seem to have quite the same approach of getting the high school administration to sign up so the app could become the official app for the schools teams.

Looking at their App on the App store it doesn’t appear to have any ratings as yet (which can be difficult to get when first launching) and the only review is not very positive. Last night I sent the founder Matt Atkinson an email about the traction and adoption he was seeing and how he was superior to the competitors in the Itunes store however I still hadn’t heard back at time of publication. (we are on different time zones).

Competitive market aside, I like the look and feel of the app, I think its something people are interested in, but I think its a winner takes all market, its very binary, you have to own each school and I would imagine you need to own a lot of the schools in order to get enough scale to monetise.

What I think is the biggest opportunity is to turn the sometimes use of an app into a long term customer base with sales of products targeted at the demographic, special offers and other services specifically for the athletes and their supporter which could become far more valuable revenue stream than the app.

I would be seriously considering giving the app away and spend my days cold calling the sports coaches at each school district (targeting a district at a time makes more sense than wider spread campaign as ideally you want both teams playing each other to be using the same app to score).

At this point it is far more important to own the market than it is to generate short term revenue. There is also the possibility that wide spread use of the App could drive a “Money ball” type of analysis of future stars as the data becomes more complete, this could also provide another revenue stream in subscriptions from talent scouts and pro sports teams.

The reality is that the users will graduate high school, move away and stop using your app, your job is to work out how keep them as customers for the next +10 years.

You could run competitions in each school to encourage the download.

One of your biggest issues right now is the lack of an Android App, this needs to be resolved asap.