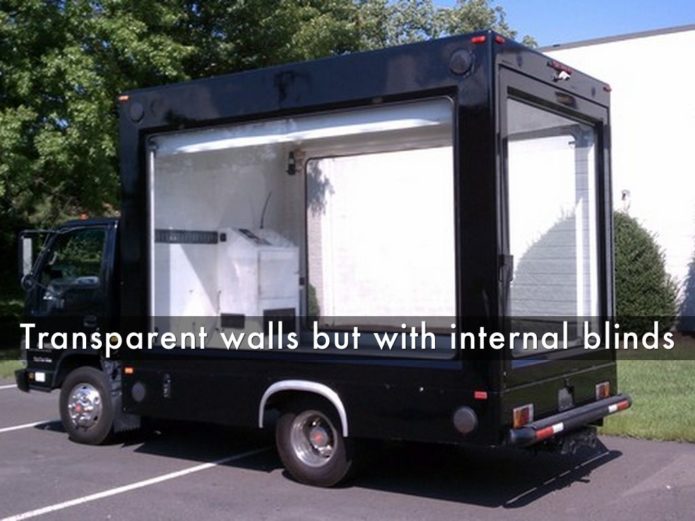 ED: Who is Andrew Ward? “Wardy” has been an active campaigner about the benefits of Crowdfunding to Government, Treasury and CAMAC as well as a fundraiser for Rare Cancers cutting half his dreadlocks off and wearing a rare cancers T-shirt for a month. He’s used rewards crowdfunding campaigns to support the creation of an app around healthy venting and has assisted a dozen or more friends with their crowdfunding campaigns.

When he’s not crowdfunding, he is the CEO of 3 Minute Angels, which focuses on short massages for corporate clients, Angel massage that does full body massages and Get Angels Now, which connects customers with nearby spas and therapists.

Ed: I saw a demo of the new Get Angels Now app yesterday and its very cool, think Uber for Massage

Throughout March, my business, 3 Minute Angels, ran The Divine Truck campaign. I wrote about its launch after the first week and now want to tell you the final result. 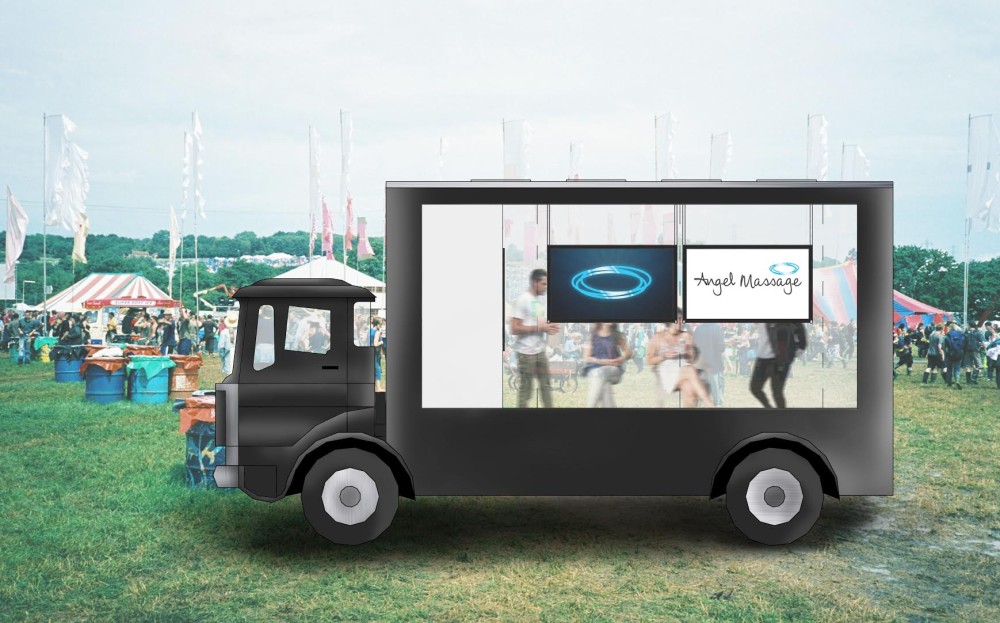 The result is that we couldn’t get it to work. We reached much less than 50% of the total goal despite pledges of over 30% in the first week (a sign usually of a successful campaign).

The longer story has some interesting data that others may find useful too.

Like many others, I have witnessed Business-to-Consumer (B2C) products like Pebble Watch and the Flow Hive using crowdfunding with great success.

I wondered how Business-to-Business (B2B) crowdfunding would work? And so like anyone with a question of that nature, we ran an experiment to find out the answer.

The thing we wanted to see was could we get fans of one massage product to become funders of another massage product. Tapping that ability would be like finding a golden-egg laying goose.

Apart from the main experiment we also got to test “self-hosting” and “subscription rewards” with this campaign.

Self Hosting and Subscription Rewards

Self-hosting is bloody brilliant. We had no issues setting up the Pozible widget, we grew traffic to our own website, we had unique features like Live Chat that were only possible through self-hosting.

We probably got too excited with the flexibility self-hosting gave us and initially had multiple videos and slideshows. This allowed us to tell a fuller picture (or so we argued) but on mobile it just took an age to load and people were discouraged.

When we realised that well over 60% of traffic on the campaign was mobile we optimised the campaign page down. Other pages were clickable from the campaign page and these subsequently could also take pledges. This feature of adding a pledge widget wherever you need it, seals the deal for self-hosting in my opinion.

Subscription rewards were only offered to businesses not individuals. The rationale being that we could offer a heavily discounted price to B2B clients that locked in for the long term. They didn’t take up this reward at all.

I would caution others about using subscriptions unless the product would normally carry a subscription. So if you’re setting up a magazine, subscription rewards might work. If you’re trying to change behaviour then I don’t think they help much.

Why The Campaign Failed

The fundamental flaw for all B2B crowdfunding is the existing B2B purchase and procurement systems. B2B relationships work on quotes, job orders, invoices, service level agreements and such. Businesses who want to support you aren’t setup to deal with pledges. We had a number of business opportunities come up where clients said they would like to support but just couldn’t work out internally how to do it.

You could argue that The Divine Truck failed and should therefore be canned (I certainly did argue this point before the campaign). However, we feel comfortable that there is now a market for the capacities of The Divine Truck at events and promotions should we go on to create it (without the crowd).

Local radio stations often use short massages as brand activation for clients wanting to pamper their audience during a live event. Because of issues making a pledge they could not support the campaign, but would buy the truck as an activation space plus Angels service if we offered this in the future. A similar and recurring message of support (if The Divine Truck actually existed) happened over and over again.

We failed a fundamental marketing objective of the campaign and instead of enforcing one message we managed to send mixed messages.

A friend, Lucy Campbell (who recently crowdfunded her performance of Hilary Clinton’s life story (so far) in New York), says it better than I could. “Wardy it’s a bloody fantastic idea, but it is a mixed message putting it to people to see if they think it’s a good idea and takes the excitement out of it for me – I’m already in and then feel it a bit luke warm with you not being in your conviction – it’s a stellar idea – happy to chat further or tell me to pull my head in. I’m all for this divine truck – what a kickass vision you have xxxx”…

What Lucy is saying is that we have to be as excited and committed to the idea as we are asking our customers to be.

PR came to The Divine Truck idea easier than to other initiatives that we have launched using the ‘Angels’ brand. During the course of the campaign we got features in the BBC, AdNews, Spa+Clinic and other smaller publications including a Japanese language newspaper. I guess if you are reading this it’s still working on a PR front.

Despite the PR support our overall statistics dived after the first week. In the first week we received >80% of the total pledges we would end up getting. We could probably have pushed harder in weeks 2, 3 and 4, but by then we understood the issue with procurement processes and pledge all to well and took our foot off the accelerator.

In the end we had the following results

As a final assessment, I would say it’s too hard for most businesses to try B2B crowdfunding until or unless you know your pledges can be met through client purchase policies.

Even then it may not be a great idea.

To all of you that pledged, shared or read about our campaign during the last month – thank you.