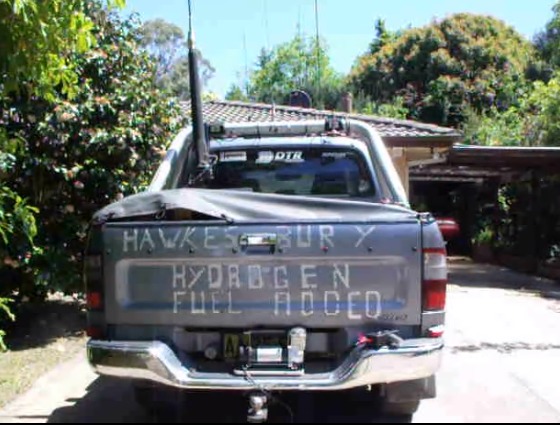 Be sceptical, I know I am, you should read this article with an open mind, however this topic promotes controversy with many doubters and a lot of passionate proponents. A researcher and I spent a few hours looking for compelling academic evidence to prove or disprove that this technology works, unfortunately we could not find credible evidence either way.

Because it potentially offers significant fuel economy improvements I am prepared to look a little stupid if it means it gets critically examined and discussed by a large number of people.

I would love to hear your thoughts about whether you think it’s real or lacks scientific basis, please make your comments at the end of the article.

A few weeks ago I was travelling out West of Sydney on the way home and saw a beat up old 4WD with big hand cut lettering proclaiming it was Hydrogen Powered. At first I was a little sceptical, you get all types out here, there are some very strange people up in the backblocks, however the one thing that the Western Suburbs of Sydney excels at is mechanical engineering.

You don’t have to go far to find monster trucks, aircraft, speed boats with 500kw engines and all manner of souped up cars and bikes. 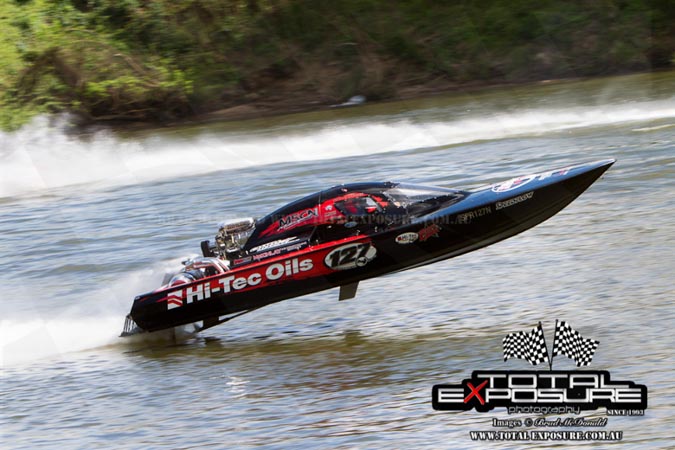 So a few weeks later I am heading to possibly the largest hardware store in Australia for my weekly trip to keep my farm running and I park next to the 4WD and meet the owner and maker Allen Clarke.

So being naturally inquisitive I start asking questions about how it works and why it hasn’t been widely adopted. 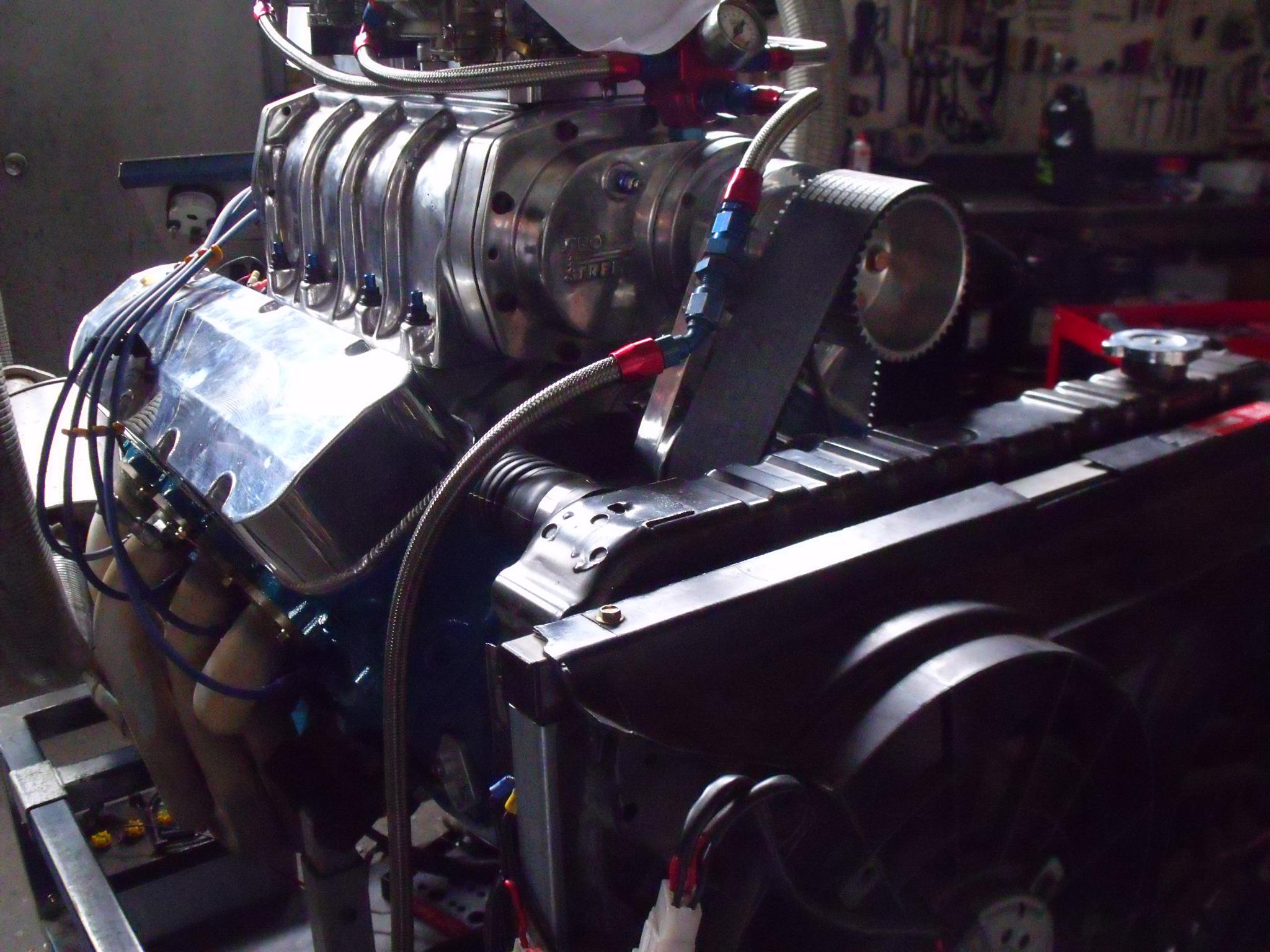 After I took a look at his website its pretty easy to see why it hasn’t seen mass adoption, it is unreadable and very poorly laid out, having said that Allen claims to have sold about 50 kits for use in both cars and trucks.

Allen is pointed out that it isn’t a full hydrogen powered car, these are expensive and require specialised storage cylinders to store the gas and so far there are few refueling stations, effectively most are leased not sold to their buyers and are really beta versions, so far aside from some promising looking prototypes from car manufacturers such as BMW no one is selling a full hydrogen car.

Allens version is somewhat similar to the BMW Hydrogen 7 (this can run on either petrol, hydrogen or a mixture of both and has an internal tank) with the exception that instead of storing hydrogen in a storage tank his system creates a hydrogen gas on the fly using electrolysis and that is used to supplement petrol or diesel rather than replace it.

This is an important distinction as the sceptics will tell you that the energy required to fully power a vehicle on hydrogen is more than the power of the gas that it produces. 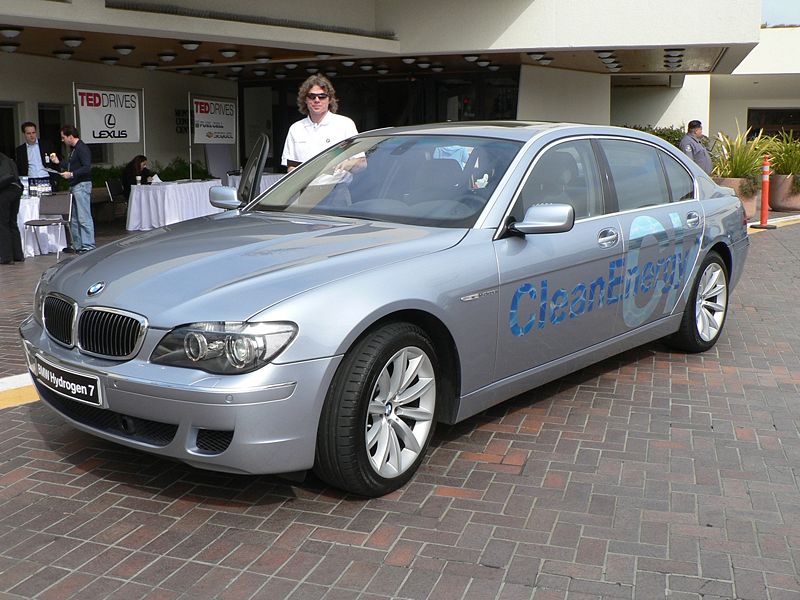 If you search Google there is an enormous amount of negative press about the concept of hydrogen supplemented petrol/diesel powered devices. Many online comments claim it is a scam or hoax, of greater concern is the fact that there is very little scientific literature that either supports or disproves the concept.

At this point I’m on the fence though leaning towards believing.

Allen claims his 4WD Ute gets ~40% better economy using the hydrogen supplemented petrol. When you drive 500 km per week as I often do, this is potentially $30-40 saving per week which adds up. I would prefer to be driving a V8 but you just can’t justify the cost of running it so I really want to believe.

The video below appears to be producing some sort of gas and unless there is an air pump it looks like some form of really dirty water and gas appears to be bubbling from the surface, you would think if you are splitting Water it would be both Hydrogen and Oxygen (actually the combination of both probably would make an engine burn cleaner).

There are a number of videos on Youtube which show lawnmower engines being powered by generating gas from water and releasing it near an engine manifold with no petrol present and they appear to run.

Allen caps the tubes and feeds the gas to a fitting that he drills in the engine inlet manifold. He claims that the hydrogen helps the petrol or diesel burn better and therefore cleaner. 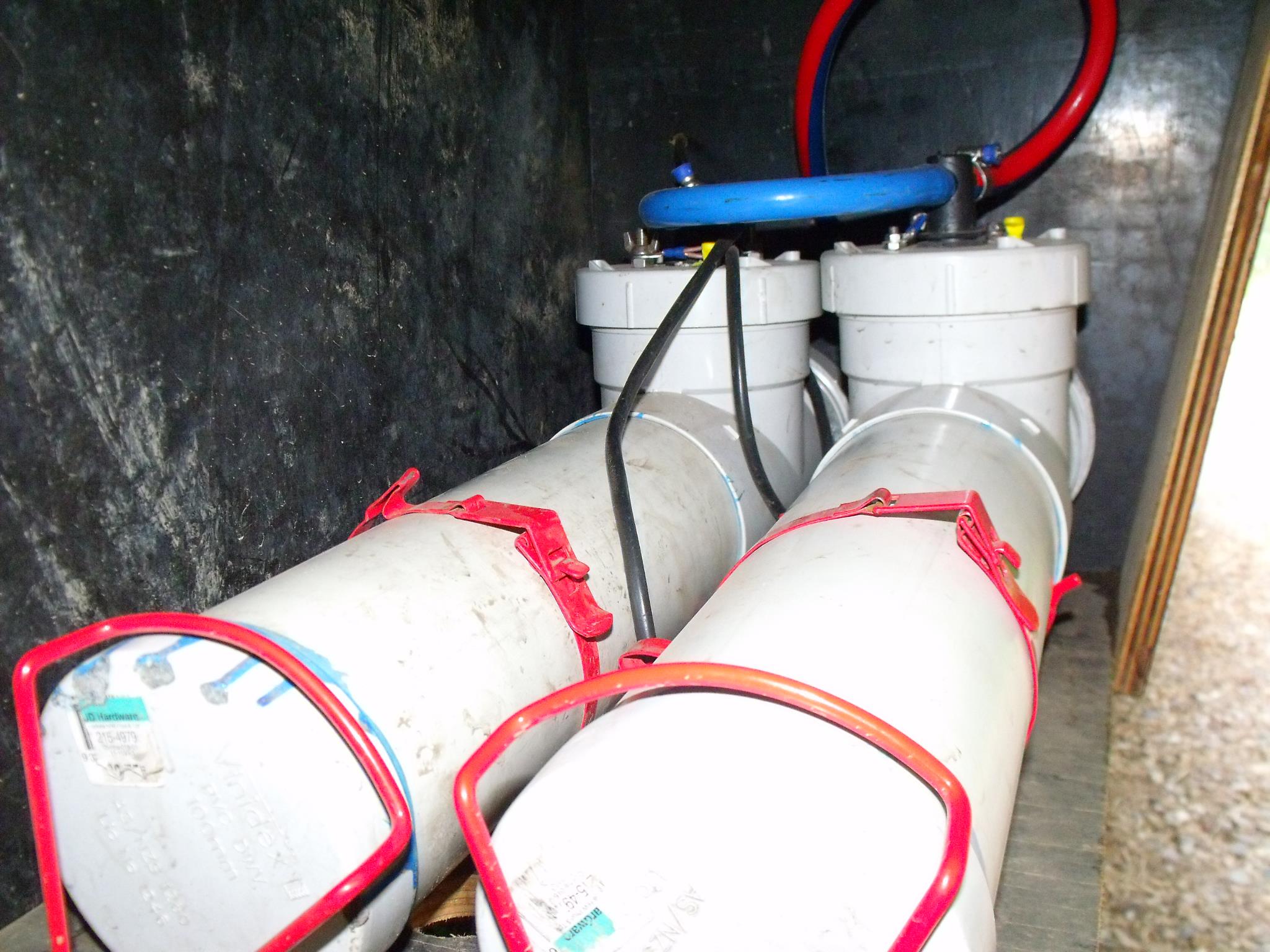 Hydrogen Cylinders mounted in a 4WD

The kits retail for $500 and $1000 depending on whether you get Stainless Steel or Plastic cylinders.They are normally mounted in the boot (not sure I would want one in the interior of my SUV) or in the case of this truck under the tray. 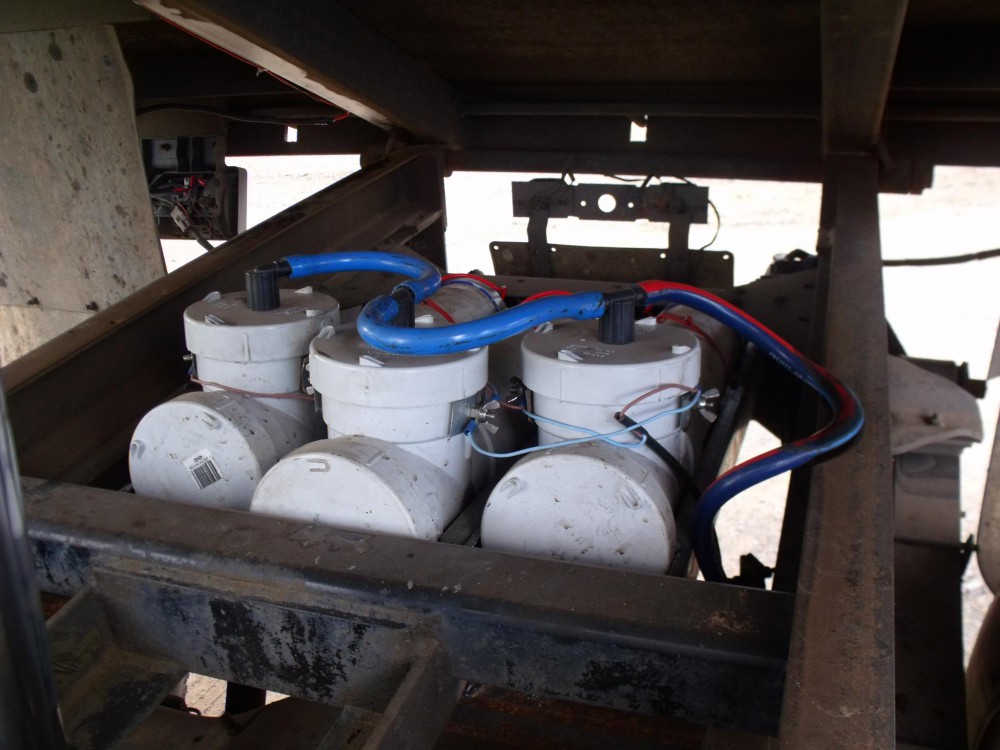 Editor: Many references on the web claim the electrical energy required to convert would outweigh any benefits that might be achieved. I notice you indicate that your system draws very little power to convert water into hydrogen, how do you achieve conversion to hydrogen without exhausting the batteries/alternator or if your system uses a lot less electricity what have you done differently to others to manage this?

Allen: I use AC and using Very short pulses and spikes, I also use frequency resonance with the canisters. 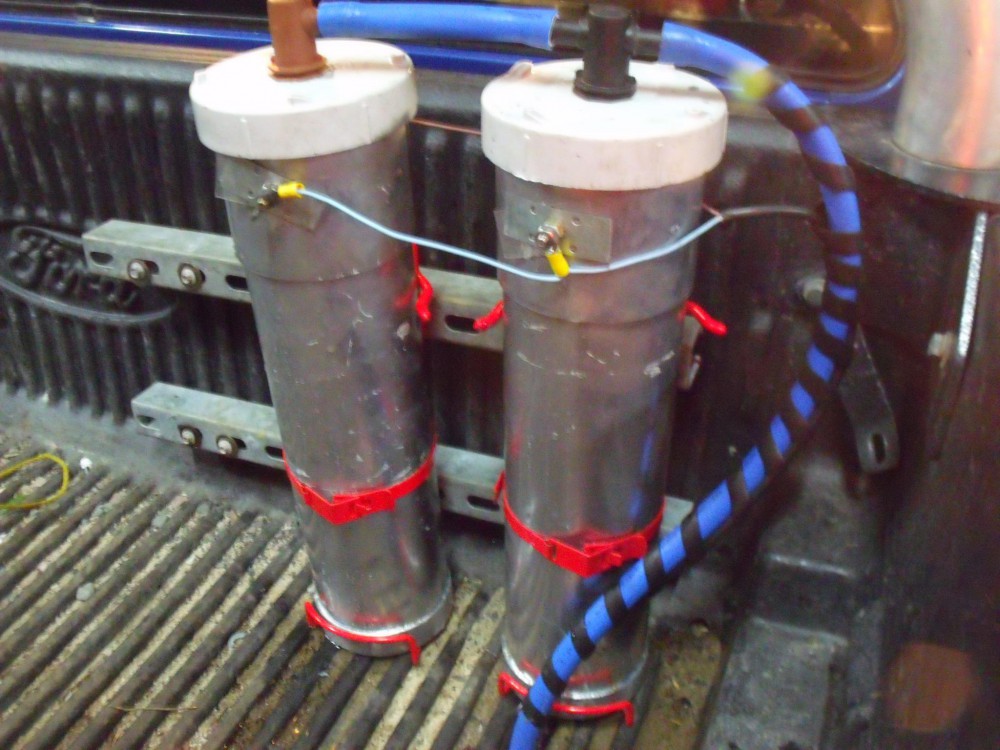 Editor: Roughly what % hydrogen is used, I did find one good article on this topic http://www.keithwakeham.com/8936/Files/H2%20good.pdf (no real response)

Editor: Do you need to adjust the mixture and ignition timing and how do you manage this without tapping into the cars computer?

Allen: No, leaving everything as it was
Editor: Do you have any scientific references that provide support for the system?
Allen: Just that the diesel is not meant to be used as a fuel , its an oil and is a lubricant so only 67% of it is burn’t , with petrol/Gasoline only 83% is burn’t. This is why all the cars have catalytic converters to burn the unburnt fuel. Catalytic converters will clog up in due time and to replace , will cost over $1500-2500
Editor: Can you turn the system off and just run on fuel?
Allen: Yes
Editor: If so have you done any tests with the system on and then off to compare on the same car over the same drive? It would be great to see any data you have.
Allen: Yes with my car is about 40-42% saving and a 18-20% increase of power
I have talked to the NRMA a lot and got their authority for this with the EPA {Government body}. I get most of the information from them
Here is a video where Allen talks through the concept and the details of an installation, he is pretty convincing both on the video and in person.

Over the years all sorts of gas has been injected into engines and produced better performance, such as nitrous oxide, also I have seen water vapour injection which lowers the temperature and increases the density

At this stage I want to actually get an old V8 and fit one of these kits and see if it does make a difference.

I figure that history is littered with inventors, innovators and backyard scientists and engineers that have told the world for years or even their lifetime about a new technology or discovery only to be threatened with death and disgrace or even worse punishment or being charged with heresy and then years or generations later their claims have come true.

So I believe that there is an efficiency increase, I suspect that it might be as much to do with injecting both hydrogen but also oxygen and that both of these are helping the combustion process.

I will keep researching and will buy an old car over the next few months and get a kit fitted and run a review later in the year.