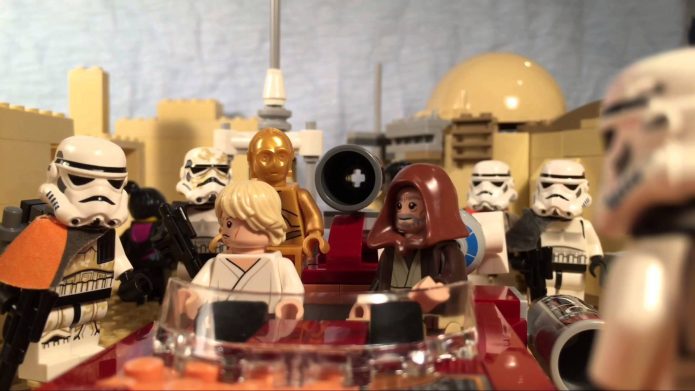 The Australian Federal Government’s ‘National Innovation and Science Agenda’ was hosting the school theme of ‘Drones, Droids and Robots’ last month. The aim of this theme is to ‘embrace [in schools] … real-world application of autonomous technologies in areas including agriculture, mining, manufacturing, medicine and space and deep ocean exploration’.

A robot is pretty much any device that automatically performs physical tasks, sometime repetitively. The border between machines and robots can be quite fuzzy but we can say this; all robots are machines but not all machines are robots. Generally speaking robots include very high levels of computer control, many sensors and in some form or another, they often replicate one or more human functions.

Consider a welding robot in an automotive manufacturing facility. It looks very much like a large and quite intimidating human arm, performing similar functions to a human arm but with much faster speed, higher accuracy and precision, lower overall costs and virtually no occupational health and safety risks.

Droids are a sub-set of robots; those that are mobile and that often have a humanoid form. Until recently droids only existed in science fiction books and movies, but more recently they have become a reality as technology has allowed the productions of autonomous droids for all sorts of functions, such as soccer playing droids created for the Robocup competition and household ‘butler’ droids that have recently popped up on crowd-sourcing funding sites.

Just recently, at a tradeshow in China, I noticed that one of the neighbouring booths had a little droid running around combining the functions of vacuuming and drink delivery. The novelty value of such an oddity probably out-weighed the risks of people tripping over the thing.

The autonomy of real-life droids sometimes requires a form of ‘artificial intelligence’ to provide functionality. Today this artificial intelligence is usually developed within an extremely limited physical environments (such as a soccer pitch) and is really just binary software code that is able to make ‘decisions’ in most possible scenarios within such a closed physical environment.

A drone is very different to a robot or a droid. It is a vessel guided by humans using remote control. The ready availability of cheap technologies for wireless communications and high-density electric battery storage, usually containing lithium, have allowed for the introduction of low cost flying drones (unmanned aerial vehicles or UAVs) which have captured the imagination of many large businesses, hobbyists and small business entrepreneurs. In addition to UAVs there are also many ground vehicles and water-borne vehicles that are also drones.

The future for robots is a given. They have been with us for decades and will continue to get more sophisticated, especially in the manufacturing sector where ever-increasing productivity requires the removal of labour from factories. A similar trend is also going on in the agricultural and mining sectors, where labour is seen as an inhibitor to cost reductions and productivity gains. This trend is underpinned by the fact that robot technology is steadily becoming cheaper and more sophisticated.

Of more interest in the near term is how the specific categories of drones and droids will evolve. Drones and droids, in their modern context, have only just emerged from high-tech laboratories as cost-effective technologies that are available for real-world applications. Previously costs were so high that these technologies were limited to very high value niche applications.

In terms of commercial deployment, drones have gone through a massive non-linear uptake in consumption primarily driven by UAV applications. Droids, although threatening such a leap, have yet to take off in quite the same way.

For UAVs there are five interesting trends:

All of these trends are pointing towards multiple commercial applications of UAVs. In some cases UAVs are replacing what was formerly ground based commerce, such as high value cargo transport. In other cases, such as cinematography, drones are allowing video filming to capture that which previously was not possible. Indeed, in every instance that I talk to an entrepreneur working with UAVs I discover anew and unexpected use of the technology.

Dow Chemical has recently used UAVs to inspect its chemical plants for issues such as cracks in pipes and tanks. Before it could do so however Dow had to apply to the Federal Aviation Administration for approval to fly the UAV’s over Dow’s own property.

This is an area where government regulations can accelerate or hinder technology deployment. For large-scale commercial deployment of UAVs it is critical that standards for flight path systems and guidance systems are developed. What is most needed is international standards in the area so that the same technology can be deployed globally and thus benefit from the greatest economies of scale. In English, this means that costs will come down quicker.

Standing in the way of such efforts is the fact that it may take years for different nations to collaborate on what is currently seen by many as just a nuisance to aviation. In the meantime, many technology groups are busily filing patents in the area, and these will further confound future efforts to standardise technologies in the UAV market.