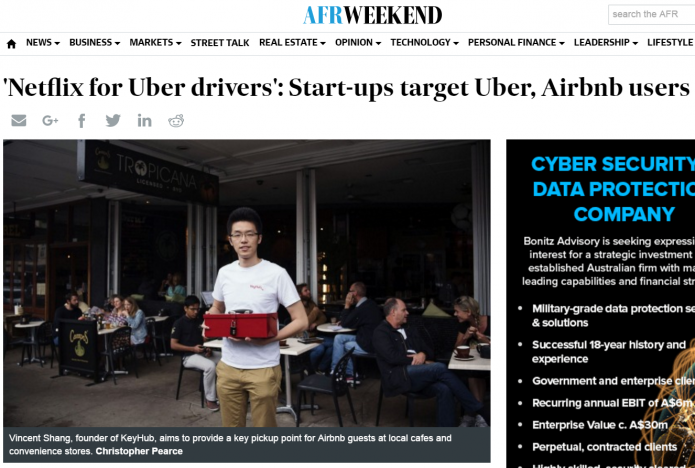 The Startup Launch program at UNSW has gone through several evolutions since its humble beginnings in 2013, originally branded Startup Games and run across four weekends each March. Since then the team behind it has strengthened and the program has grown into three streams which will run four times per year from 2017;

The Validation stream is most similar to the original version of the program and sees new teams form and incubate their ideas across 6 weeks. Next, the Growth stream is for those teams that survive and graduate from the validation stage and finally the Scale & Investment stream, which kicked off in January 2017, is for the top few percent of startups that are closest to becoming “investment ready”.

For the last month, five teams have been working with Clive Mayhew, the new Resident Investment Coach in the Scale & Investment stream, in preparation for a formal pitch to 15 investors who are members of Australia’s largest angel investor syndicate, Sydney Angels, plus additional members of the UNSW investment network and senior university management on March 13th.

Investing in UNSW startups is not something new for Clive, who in 2015 led the investment round into star UNSW alumni Adam Brimos edutech company, OpenLearning. “We have five interesting companies that are pitching to the Sydney Angels in the next couple of weeks – all of which are approaching investment ready with some very bright, driven founders – similar to Adam”, Mayhew said, who retired at 42 and has a 20 year history of being a tech entrepreneur and investor, starting with taking Netscape to Asia in 1996.

So which are the hot five startups about the enter the shark tank??

What?: “Career bootcamps” for millennials.

What?: A platform to support early childhood educators, parents and children (edutech)

What?: Mobile app for residents and private businesses to rent out their car spaces.

What?: Low cost and reliable energy systems, off the grid.

The investment pitch event is happening on Monday March 13th and is the latest initiative to spring from the ongoing relationship between UNSW startup programs and the Sydney Angels group. Previous activity has included a series of “mixer events” for student and alumni entrepreneurs aimed at building relationships between founders and investors and taking away some of the mystery and stigma sometimes associated with angel investors in general. The program compliments the existing MVP Grant Fund, managed by Arc and the Division of Enterprise on campus, that provides small grants to early stage startup teams and new investment related initiatives to be announced later this year.