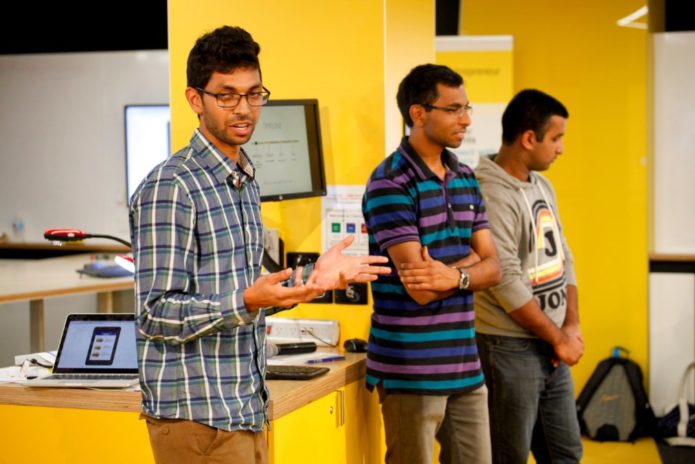 Wikipedia tells us “A hackathon (also known as a hack day, hackfest or codefest) is an event in which computer programmers and others involved in software development, including graphic designers, interface designers and project managers, collaborate intensively on software projects”.

On the model of Startup Weekend, Wikipedia explains these are “54-hour weekend events during which groups of developers, business managers, startup enthusiasts, marketing gurus, graphic artists and more pitch ideas for new startup companies, form teams around those ideas, and work to develop a working prototype, demo, or presentation by Sunday evening”.

Both are phenomenal approaches to giving structure to teams of young, innovative teams in producing high quality projects in short time periods.

As for outputs of these two categories, a hackathon generates working prototypes of new technologies that solve a problem, whereas a Startup Weekend (according to a contact on the inside) generally lacks the time required for strong execution of prototype but does amazingly at validating a problem, solution, business model and performing a pitch at the end of the program.

So what if we could bring the two models together, over a slightly longer period, and judge teams on both work done on external validation of problem, solution and business model but during their final pitch ask not only for slides to be presented but also the working prototypes they have coded up?

What if mentors from accelerator programs like AWI Ventures (main program partner), SlingShot Accelerator and Venturetec Accelerator were collaborating in providing world class mentoring and support to these teams?

What if investment groups like Optus Innov8 Seed and Tank Stream Ventureswere side by side giving mentoring to teams from an investor point of view?

What if the likes high-end tech development agency First Order founder, Alex North, was a key mentor into the program?

What if a passionate group of entrepreneurial UNSW alumni, led by Jonathan Barouch (who has already built a killer app for the same CBA platform the program is targeting with his startup Local Measure) gave up their time, expertise and skills to support each team as a means of “giving back” to their university?

What if the participants were both local and international students and alumni from a variety of faculty, schools and backgrounds – from the obvious Computer Science majors but also across many other Engineering disciplines, and of course the UNSW Business School (who hosted the event in their new flexible, flipped classrooms on campus)?

Then imagine 15 Commonwealth Bank staff divided themselves into hipster, hacker and hustlers categories and provided another layer of mentoring for the students competing. With my colleague Melissa Ran and her team of 20 volunteers making things go smoothly in the background, it would be difficult to think of a way to improve “people power” for a single program.

This is what happened with the UNSW CBA Hackathon we ran September 27 – October 2 this year and the results were very interesting. One of the exciting results was that we have ended up with at least three startups with real solutions to real problems and the support of a major corporate who cares: Commonwealth Bank Australia. Some of the teams are already making use of the mentoring from CBA domain experts and access to the brand new CBA Innovation Lab. In addition, the teams are making use of the free incubation services provided by the Student Entrepreneur Development team at NewSouth Innovations.

$7,500 was up for grabs for the 9 teams who were competing with a focus on the retail transaction space and leveraging the Commonwealth Bank platforms Albert,Leo and Pi.

Some of the concepts teams developed during the program included:

The icing on the cake was the quality and diversity of the judging panel.

A heavy hitter and such an amazing fit for this program, Brian Long is both the Chairman for the UNSW Audit Committee in addition to being a Board Director at CBA. UNSW alumni entrepreneurs were represented by Jonathan Barouch and CBA by Dilan Rajasingham, Executive Manager Technology Innovation and Senior Solution Architect Jason Chisholm who was able to judge on technical viability regarding how the concepts would work in practice with the CBA platforms at hand.

So who were the winning teams? 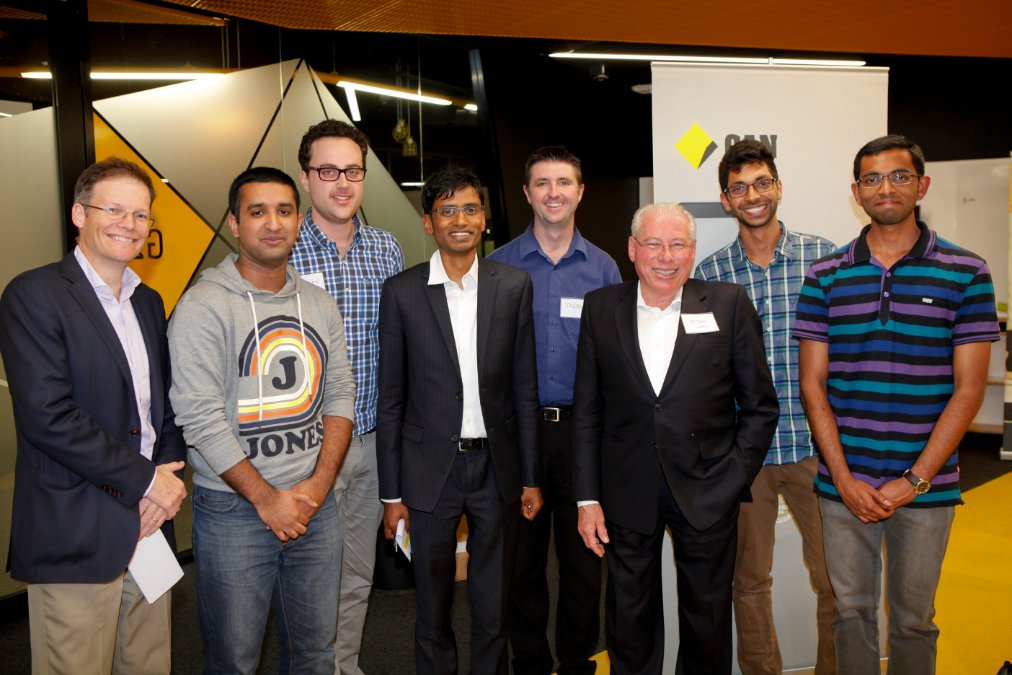 In 3rd place, and perhaps the most entertaining pitch, was Cabert – an app that allows one device to replace all others in a taxi. Given the controversy of Uber in terms of disrupting the taxi industry it will be very interesting to see how far Cabert can go and what attention they pick up along the way.

2nd place was taken out by ShopLink, a communal network for merchants. It allows merchants using the CBA Albert and Pi platforms to give each other competitive advantage over similar vendors outside of the network.

The winning team was CrowdSauce, a simple yet effective solution that combines self-payment with user ratings. The judges were impressed by the depth of validation the team had achieved in such a short time – particularly the way the team engaged potential customers (who they are still in touch with) and at the same time put together a prototype which was presented to judges during their final pitch.

The lead speaker of the 3 person team CrowdSauce, Ishaan Varshney, is completing a Computer Science degree from the Faculty of Engineering with a minor in Actuaries from UNSW Business School, “To be honest, the event wasn’t what I expected – it wasn’t a typical hackathon. I didn’t realise how much I would learn about pitching my product. As someone from the “hacker” category, I now recognise how important pitching is in getting your idea off the ground. I found it really valuable learning to validate a problem with the real world in real time – then follow up by validating our solution and business model – its really exciting for us to be able to now access ongoing support from CBA in their Innovation Lab too”.

So was the program a success? 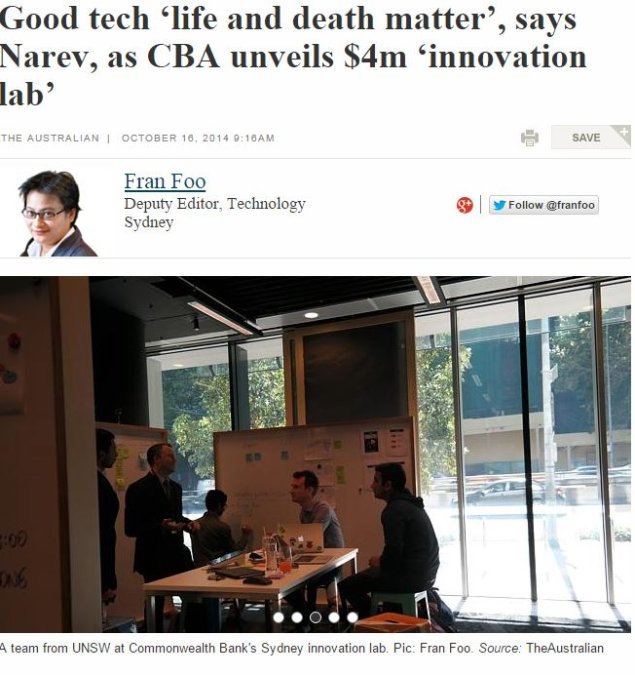 We think so. We have brought together our UNSW startup ecosystem around the new batch of potential entrepreneurs out of the university. We’ve generated some great media exposure in The Australian, CIO and ComputerWorld for our sponsor CBA, the winning student team and UNSW itself. For our main sponsor, CBA, as opposed to looking at this program as a way of getting an early view on talent for recruitment purposes, it was more about testing concepts and validating new potential applications for their payment gateway platforms – and feedback has been nothing but positive so far. The biggest success for me though has been the 4 or 5 teams of students who have approached us post-event to continue with their startup ideas beyond the competition.

So, a “hackathon”, a “Startup Weekend” or a “Pop-up accelerator” – whatever you classify this program as, we certainly want to do more of them in 2015!