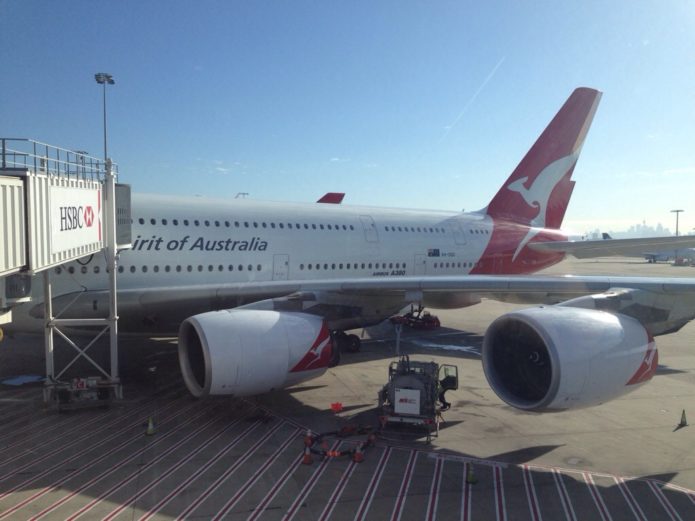 I just arrived in Hong Kong for my first time and so far I love it.

Whilst I am on holidays for most of the week, I plan to duck across the border for a few days and meet with a few Shenzhen traders, do a PCB factory tour and meet with a few fixers and the CEO of a local hardware incubator to help in some hardware projects we are working on.

One of the things that struck me on the flight up here was that I had never had such fantastic service on any airline (except for that wild First Class upgrade to Bangkok on British Airways a few years ago).

Even when the company policy is allows business class I tend to look for premium economy flights as it galls me to waste $10-15k on a business flight.

So recently I have had the opportunity to fly premium economy on two airlines and the difference was staggering.

Based on today’s experience I can tell you that our National airline QANTAS must have had a big cultural shift to providing top grade service in the last year or so.

I’m not sure what’s gotten into them but the service was so good I felt compelled to write about it.

Frankly the whole package was better than most business class flights I have had in years gone by.

Which brings me to the rest of the story and the sorry state of Australia to Silicon Vally aviation.

A few months ago I had the misfortune to fly United Airlines Sydney to San Francisco and the difference compared to todays flight was astounding.

United has the only direct flight from Sydney to San Fran the tech capital of the world and it’s a disgrace.

I feel sorry for my fellow Startup brothers and sisters who have to fly to the valley regularly that they have to tolerate such a shitty service, I wouldn’t be surprised if many choose to fly via LAX and put up with an extra hop and 4-6 hours.

After paying approx $2k more for a clapped out premium economy seat (which was just a normal seat with about 1-2″ more leg room) these bastards have the audacity to charge me $8 for a beer with a side order of screw you service.

The United cabins are reminiscent of Cold War soviet era Aeroflot combined with 70s NSW cityrail with staff that would have trouble getting a job in Centre link (the unemployment office public service) and every flight I have had with them has been at best tolerable at worst is so bad to recommend to anyone who will listen that they should never fly with them ever.

The CEO of United needs to be forcefully retired along with their crappy old aircraft and disapproving school teacher staff with shitty attitudes.

That he has allowed it to get that bad across aircraft and staff means he is clearly not up to the job.

So well done to QANTAS for an outstanding flight,

United you are doomed and you have been warned.

Memo to all airlines if you are looking for a wide open profitable route with crap competition check out Syd-SFO I’m sure Australian tech entrepreneurs and tourists would do anything to avoid flying United.

StartUps there is a lesson to be learned as you mature, service culture is critical don’t become United.

Anyone else experienced similar?

Hops: Learns what beer you like and finds new ones you’ll love – Cool #Startups