You could accidentally delete an instance  yourself, or a malicious or incompetent team member could delete or corrupt data or an instance, you could have a problem with your newly deployed code, virus or hacker either accidentally or intentionally deleting or corrupting your data. 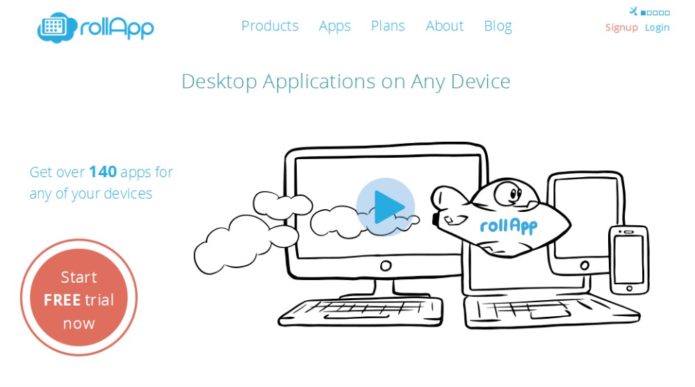 rollApp – Convert & Run Over 140 File Types In The Cloud

Cool App and an interesting concept.  After spending 20 minutes playing with this I think these guys are onto something.

There is obviously a core problem there, I’m sure we have all experienced not being able to open a file that someone has sent to you.

The range of document/app types you can open is staggering, however most of them are open source, its missing the high-end apps like Photoshop and Solidworks. I imagine there are licensing issues with serving their products.

Where the app could make a lot of sense is if it converts files from programs such as Photoshop, Solidworks or some other very expensive app where a user doesn’t want to buy the app but needs to regularly view the file type. (its possible this might work on some of the open source apps but it wasn’t apparent).

What is clear is that they have managed to make over 100 apps run in a web browser with no configuration required on the user end which is very cool.

If you have ever installed Gimp (Image Editing) or Inkscape (Illustrator) or other Open Source apps you know there can be a bit of mucking around to install the required dependancies.

In the early days of the PDF, Adobe was the only way to actually write a PDF, then came numbers of other companies who could read and write the files and some of those turned into decent businesses by competing in the low-end of the market.

If they can work out how to offer the low-end basic editing capability for file types from expensive apps they can bring in revenue from this.

Also they are building an API for developers to embed the functionality into their apps, this could become a more scalable way to build the business.

It’s also possible that they might build a following of users who use the dozens of esoteric apps they support and decide this is a better way to run their app or they want to access their files from anywhere including mobile devices.